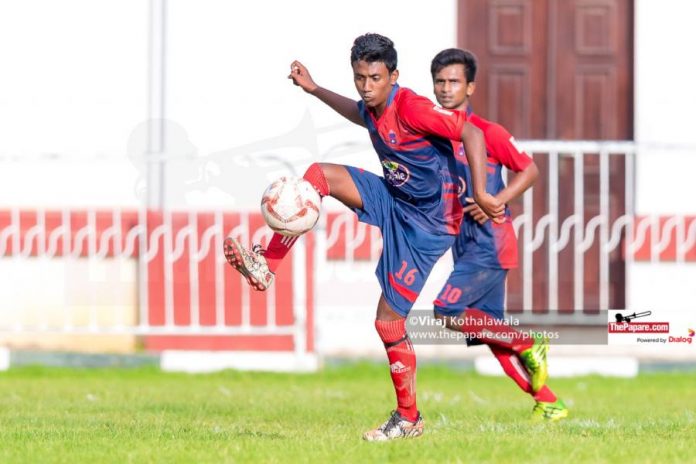 The Negombo lads coming in to the tournament from week 2 had a ball of a game with an emphatic 8-0 win and dominated play from the outset. For the second week running Bandaranayake were unable to muster any sort of play and conceded as early as the 8th minute.

A penalty awarded was concerted by Tharinda Silva. Bandaranayake were able to hold on for a while. In the 25th minute Tharinda Silva got his second.

From then on a route was inevitable as Ravindu Rishan slotted one in the 30th minute, while Tharinda Silva in the 32nd minute got his Hat trick and Ravindu Fernando in the 38th minute completed the first halfs scoring.

The second was somewhat subdued as the Bandaranayake boys were more on damage control. There was no intent to go forward and they held their lines in the back.

Despite holding the lines Mohamed Shifan managed to score the sixth goal in the 50th minute. 8 minutes later Tharinda Silva got his 4th goal of the afternoon.

Until the 88th minute the game was slow as Maris Stella did not push too much. Ravindu Fernando completed the route with the 8th goal.

Referee I. Sandakalum called in full time ending the misery for Bandaranyake College.