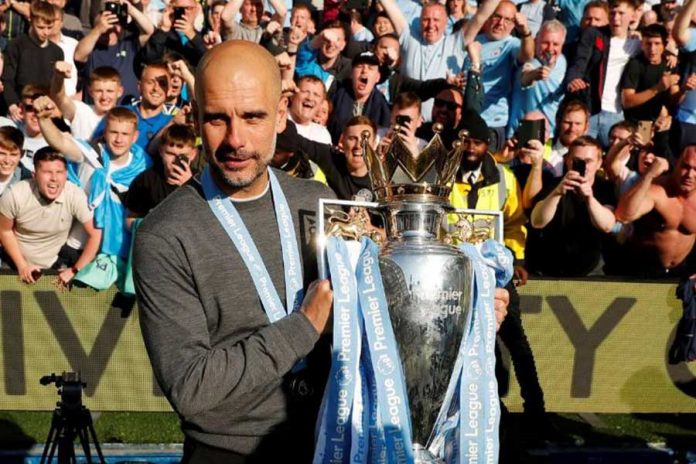 European soccer’s governing body UEFA has referred City to an independent judicial chamber after an investigation opened in March.

“We are innocent until proven, I’m sorry,” the Spaniard told reporters when asked whether his side’s success on the field had been in any way undermined ahead of Saturday’s FA Cup final at Wembley Stadium.

City will become the first team to win the English domestic treble if they beat Premier League rivals Watford, who have never won a major trophy.

“If UEFA decide we did something wrong, OK we’ll be banned, we’ll be punished or whatever they decide,” said Guardiola, who emphasised he would remain manager next season.

“But we are innocent right now. I know the people are waiting for it to be guilty… but that is where it is… I spoke with the chairman and CEOs, and I know exactly what happened and what they did and I trust a lot.”

Asked again about the possibility of a Champions League ban, Guardiola closed the subject.

“Everything is suggesting, what would happen. I don’t know. We are innocent today. We’ll see in the future.

“I don’t know what is going to happen about UEFA. UEFA are now working with the lawyers from Man City, Man City is open to expose all the papers,” he added.

City said on Thursday they were “disappointed, but regrettably not surprised, by the sudden announcement of the referral” and were confident of a positive outcome.

FFP rules are intended to prevent clubs receiving unlimited amounts of money through inflated sponsorship deals with organisations related to the owners.

With Juventus announcing on Friday the departure of manager Massimiliano Allegri, Guardiola was quick to rule himself out of the running.

“I’m satisfied working with this club, with these people here. I’m not going anywhere.”