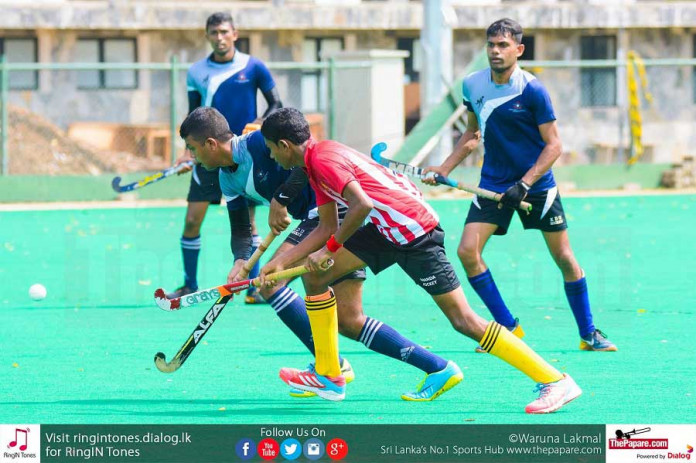 The Annual Colombo League Hockey tournament which is organized by the Colombo Hockey Association started off last week (4th 5th August)  at the Colombo Astro turf.

The first match in the Men’s category for the day was in between University of Moratuwa and Malay’s hockey club. In the first few minutes both the teams played very energetically and as time passed Malay’s hockey club started changing their game patterns which enabled them to take the lead by scoring the first goal of the match and finally win the match by 6-1.

The next match which was between Kotalawala Defence Univercity (KDU)and Old Ananda was a decider in that group. From the start of the match, the Old Anandians tried to overcome the tight defence of KDU but their tactics failed at times which resulted in a 4-2 result for KDU.

The match between Old Bens and Old Royalists was one of the most exciting matches of the day. The reason was both the teams had experienced players and both teams were able to obtain one goal as the first half ended but as the second half started, the Old Bens took the lead by scoring another goal. After a close battle, the game ended as 3-2 which in favour of the Old Bens.

The game between University of Sri Jayawardanapura and the CH &FC ‘B’ hockey club men’s was fast and energetic and as usual from the beginning CH & FC team displayed their maximum level of skills and took the lead. CH & FC was able to win the match 5-1.

In the following match which was between arch-rivals Old Ananda and Old Nalanda, Nalanda dominated to end up victory 3-1.

The final match of the day took place between Old Zahira and Old Thomians hockey club. From the start of the match Old Zahira showed a very aggressive game and they took the lead by scoring two goals from the first half. Old Thomians were able to score a single goal.However, the final score was 4-1 which made Old Zahira the winners.

The tournament is set to continue throughout next weekend (26th and 27th August) at the Astroturf in Colombo.