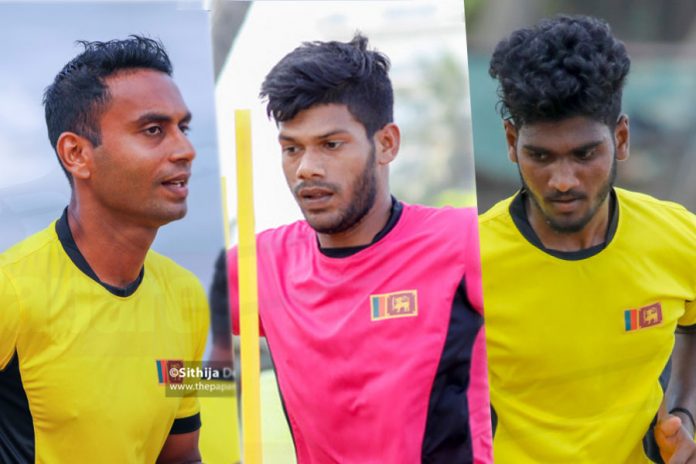 Sri Lanka are set to begin their 2022 FIFA World Cup Qualification – AFC 2nd Round campaign against Turkmenistan on 5th September.

With the big encounter drawing closer Sri Lanka Football is still sweating on injuries sustained by 3 of their key players ahead of the 1st qualifier against Turkmenistan, with central defenders Udaya Keerthi, Jude Suman and goalkeeper Rasik Rishad all sidelined due to injuries.

Rishad, the U23 skipper and number 2 goalkeeper, has undergone surgery last week for an ACL injury. He will definitely miss the first 3 matches of Sri Lanka’s campaign and could be out for a long period of time.

Jude Suman has been sidelined due to a motor bike accident which has led to him having to have several stitches on his leg. He too will miss at least the first 2 matches as he hasn’t trained with the squad for the last 2 weeks.

Udaya Keerthi has been away from training for more than 2 weeks due to a knee injury that occurred during a training session. He too is highly unlikely to feature in the 2 matches this week and next due to lost training time.

When inquired about the injuries to the above mentioned players, the Football Federation of Sri Lanka (FFSL) failed to provide an official statement on the matter.

Belgium out after Croatia stalemate