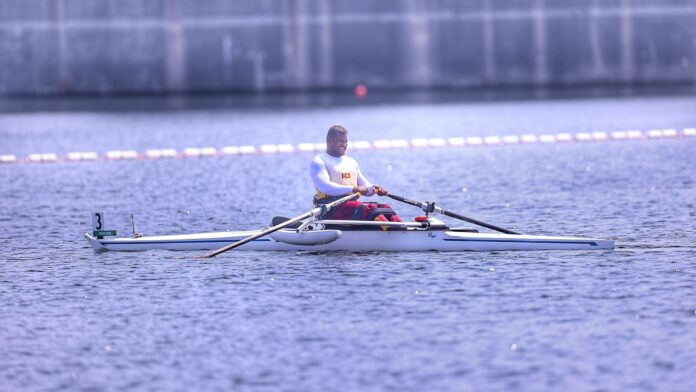 Mahesh Jayakody, who participated in the PR1 Men’s Single Sculls Heats earlier this morning, finished in 6th place with a timing of 12:16.80.

Despite having been unable to attain direct qualification to the final of the event, Jayakody will have another chance to do so when he races in the Repechage tomorrow (28), alongside all the other rowers who did not qualify for the final via the heats.

Jayakody was unable to get close to his best in the race, which stands at 10:30.00 and will be looking for an improved performance in tomorrow’s race.

Ukranian Roman Polianskyi finished first in Jayakody’s heat with a timing of 9:56.47.

Apart from him, two other Paralympians will participate in their respective events today, with Suresh Dharmasena (Wheelchair Tennis) and Sampath Bandara (Archery) set to compete later in the day.

Keep it logged on to ThePapare.com for all updates and alerts on the Tokyo Paralympics.