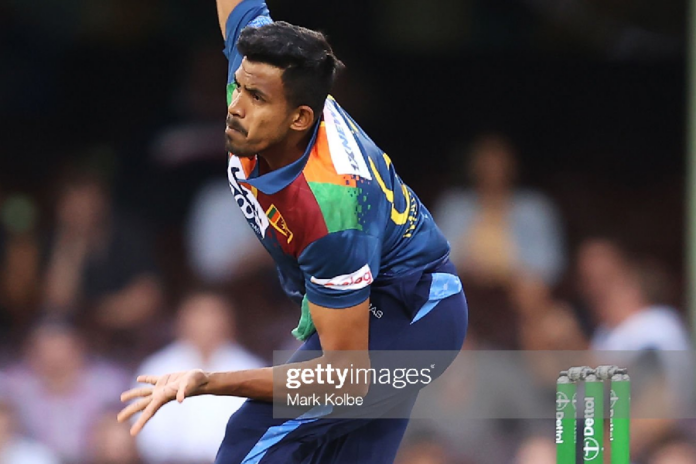 Sri Lankan off spinner Maheesh Theekshana has been ruled out of the T20I series against India.

Theekshana who sustained a hamstring injury during the final T20I against Australia was expected to join the Sri Lanka team for the India series based on the results of the MRI scans done on him.

But it is reported that he will be no longer part of India T20Is as a result of a Grade 1 hamstring tear.

Meanwhile, off spinner Ashian Daniel who was named in Sri Lanka T20I squad for India series as replacement for the injured Ramesh Mendis is yet to join the team in India.

The second T20I match of the 3-match series between Sri Lanka and India will be played tomorrow (26th February) in Dharmsala.