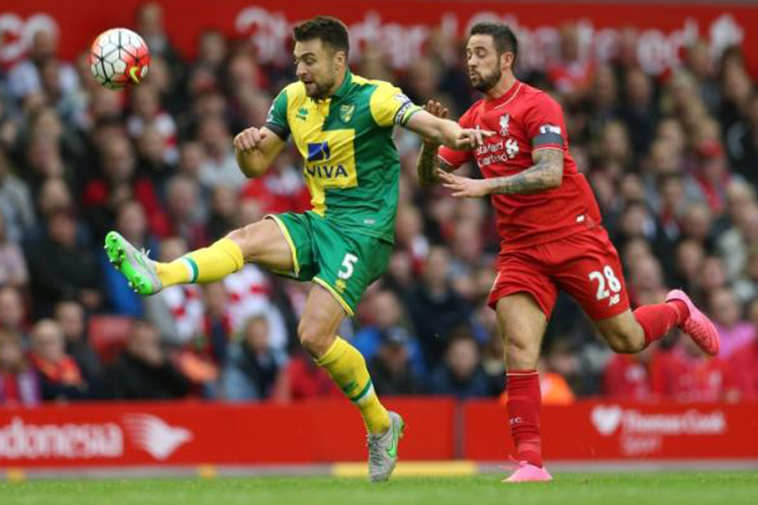 Danny Ings scored his first Liverpool goal within three minutes of coming on as a substitute but promoted Norwich City fought back to draw 1-1 in the Premier League at Anfield on Sunday.

The home side had started the game in the bottom six following Tottenham Hotspur’s win earlier on Sunday and the point lifted them two places to 13th, two places behind Norwich and level on eight points with their opponents.

Liverpool, with their England striker Daniel Sturridge back for the first time since April, brought on Ings for Christian Benteke at halftime and the former Burnley man scored a fine goal almost immediately.

But Norwich central defender Russell Martin equalised with his third goal of the season after a mistake by Liverpool goalkeeper Simon Mignolet.