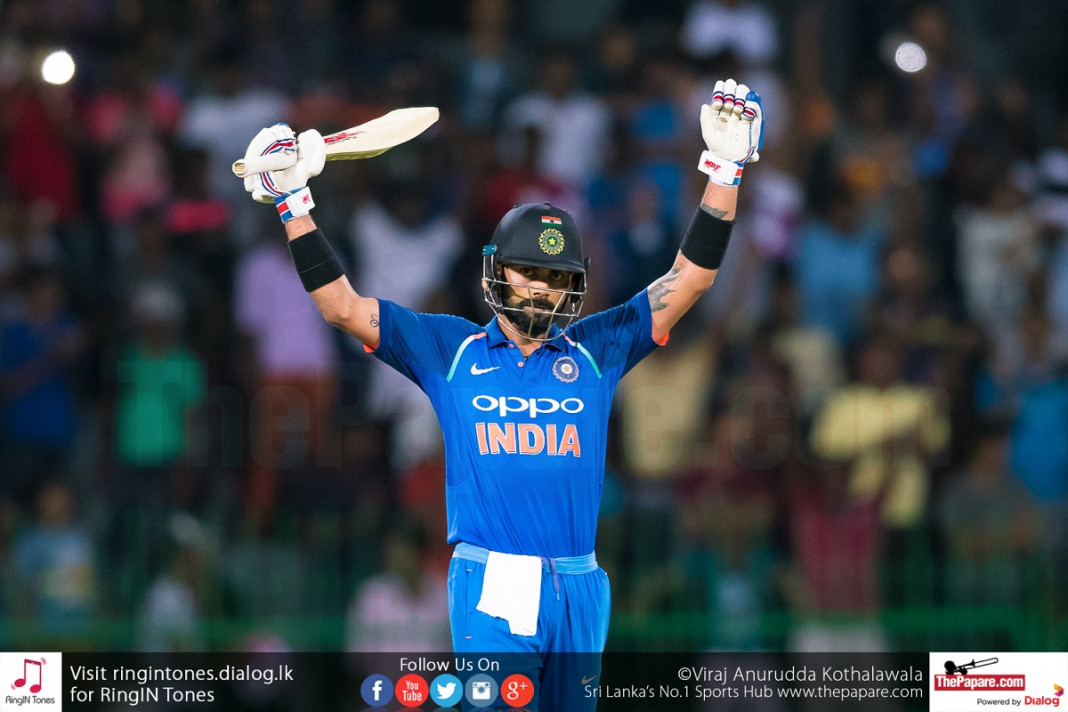 India completed a 5-0 whitewash over Sri Lanka on Sunday at Khettarama after Virat Kohli slammed his 30th ODI century in the fifth and final ODI match as the visitors recorded a 6-wicket triumph.

Skipper Upul Tharanga returned to lead Sri Lanka after serving a two-match won the toss and elected to bat first. The hosts collapsed to 238 all out after being 185 for 3 at one stage after Lahiru Thirimanne and Angelo Mathews stitched together a 122-run stand for the fourth wicket.

The visitors chased down the target clinically with Kohli leading the way scoring an unbeaten 110 off 116 balls with 9 fours. He has now equaled Ricky Ponting on 30 ODI tons and only Indian great Sachin Tendulkar has scored more centuries in the 50-over game with 49 tons.


India had a shaky start when Ajinkya Rahane and Rohit Sharma were dismissed by Lasith Malinga and Vishwa Fernando respectively but Kohli anchored the innings with a 99-run partnership with Manish Pandey for the third wicket. He also put on 109 runs with Kedar Jadhav who scored a fine 63 off 73 balls.

Kohli who became the first batsman this year to reach 1000 runs in ODI cricket smashed Milinda Siriwardana for three fours in an over to bring up his half-century.

Despite taking their time, with the run rate close to five after 38 overs, Thirimanne and Mathews were well placed to change the momentum of scoring and reach a commending score of about 265-270 but Kumar came back and started the Lankan collapse.