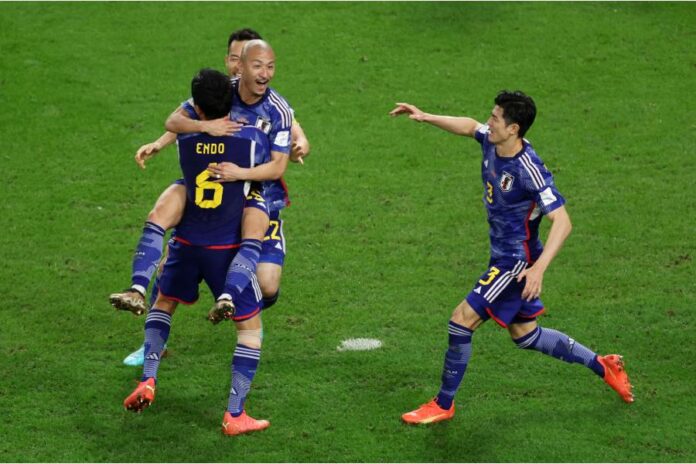 Croatia goalkeeper Dominik Livakovic donned his cape and became the hero in the penalty shoot-out as his side came from behind to see off Japan and reach the quarter-finals of the FIFA World Cup™.

Livakovic saved three spot-kicks – from Takumi Minamino, Maya Yoshida and Kaoru Mitoma – to give his side a huge advantage in the shoot-out after the two sides could not be separated after 120 minutes. Mario Pasalic then converted his kick to clinch a 3-1 victory for Croatia.

Japan, who beat Spain and Germany to finish top of Group E, produced an impressive first-half performance at Al Janoub Stadium and took the lead through Daizen Maeda after a well-worked short corner.

But Croatia’s experience shone through. Zlatko Dalic’s side had fallen behind in all three of their knock-out matches on their way to the 2018 World Cup final and again they did not panic. A stunning header from Ivan Perisic drew them level and they looked more likely to find the winning goal.

In the end they did not need it, as Japan froze in the shoot-out and Croatia stood tall, Marcelo Brozovic and Nikola Vlasic converting their penalties before Pasalic sealed Japan’s fate.

Perisic is one of the surviving members of the Croatia team that reached the 2018 final and, just as in that year’s semi-final with England when his side came back from 1-0 down and he hit the winner, the veteran winger delivered in his nation’s hour of need.

He shook off the presence of three defenders to meet an inviting cross from Dejan Lovren a good distance from goal and direct the ball into the far bottom corner.

Croatia have won their last three penalty shoot-outs at the World Cup, having beaten Denmark in the last 16 and hosts Russia in the quarter-finals of the 2018 tournament.