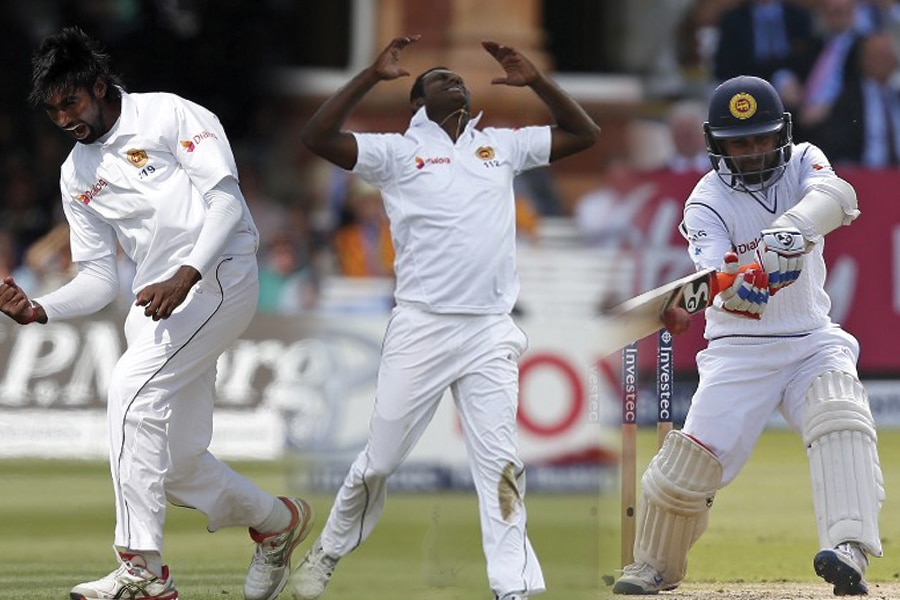 When Sri Lanka arrived in England they were well aware of the challenges that lay ahead of them. The early May weather would be a factor.

Their inexperience in batting, and in general, would count against them. Their two pillars had retired. And they needed to pick up wickets without Dhammika Prasad.

All these factors were pulling the noose just that little bit tighter well before the tour had even begun, so Sri Lanka knew that they could ill afford to make mistakes. And if they did make them that they would have to avoid repeating them. Every aspect of their game needed to be at its optimum level to compete.

Some mistakes are drawn out by the opposition, as with any sporting contest. And there were plenty of those for Sri Lanka on this tour. But the other kind, the ones you make on your own volition, those sadly became the DNA of their entire tour.

In a tour riddled with self-sabotage, it is perhaps unsurprising that the rot began at the head. For a side bereft of experience, Angelo Mathews had to play a crucial role in the direction of Sri Lanka’s fortunes on this tour. He needed to inspire, lead from the front and bring his team together. Instead, he often cut a figure of despondency, isolated in his thoughts, and clueless when it came to directing his team out in the middle.

This tour was an opportunity for him to break away from the reputation of being negative and conservative. Perhaps it was even a necessity for Sri Lanka to find a way to traverse the English challenge. Instead, whenever Sri Lanka was presented with opportunities he turned his back on them. Whenever a fork lay in front of him to be either proactive or allow the game to drift, Mathews’ seemed to trip himself and stumble into the oft-beaten path.

On Day 1 in the first Test, England were 83-5 just after lunch. Mathews and Sri Lanka began bowling short to Jonny Bairstow. There is a theory that Bairstow is a bit suspect against the short ball early on. So out came deep fielders on the legside. All of Sri Lanka’s wickets up until that point had come behind the wicket to full-length balls. The change in tactic to Bairstow meant Sri Lanka abandoned this plan. Bairstow was allowed to settle in and he proceeded to hurt Sri Lanka.

The 2nd day began with Sri Lanka still in the game with England at 171-5. Mathews began the day with only 2 slips and a point in the cordon. 10 overs later there was a sweeper. With no real threat to them, Bairstow and Alex Hales built the one partnership of substance in that game and killed Sri Lanka’s chances.

Day 2 at Durham in the second Test began in a similar fashion. England were 310-6 and the idea was to bowl them out for under 350. Mathews employed a deep point to Moeen Ali who was on 28. There was one slip fielder. The second ball of the day was bottom edged for 4 past that lone slip fielder. On the 13th ball of the day, Ali was dropped. The next 3 balls were on a length forcing Ali to defend. In the 5th ball of that over Ali drove it into the deep cover fielder for 2. Pressure. Released.

He then took  his captaincy to a new low, when he attacked the tail with deep fielders. With Ali who had a century by now, this was understandable. It’s a time honoured tactic; give the single to the set batsman and attack the tailender. Somehow, the fielders never came in for either batsman. Mathews either forgot this part of this strategy or he had dozed off entirely in his mind.

At Lords, Sri Lanka’s slip cordon looked, for lack of better word, weird. At times there was no first slip, there was a second or third slip, there was no fourth slip and there was a gully. Or something. It was hard to understand. Edges routinely went through these gaps. Notably off Bairstow, who once again was taking the game away from Sri Lanka. It was all a bit Inspector Clouseau than Sun Tzu from Mathews.

Some would argue that Mathews is pushed into these positions because of the lack of firepower he has in his attack. Before the start of the tour, this stance had some merit. But the bowling attack, particularly the fast bowlers, routinely got England into difficult positions in all 3 of their first innings in each Test. In each instance, Mathews’ lack of attacking intent or any semblance of a strategy to push the advantage, supremely supported by astonishingly poor fielding, ensured Sri Lanka fumbled their opportunities as much as they did their catches.

Ah yes, the catching. In all, there were 10 chances that were put down. Sometimes teams can get away with a dropped chance or two. Not so for Sri Lanka.

At Headingley Bairstow was dropped on 70. He scored 140. At Durham, Ali was dropped on 36 and 55. He scored 155. Chris Woakes dropped on 8, scored 39.  At Lords, Bairstow on 11, scored 167. As chances go, nearly all of these were on the lower end of the difficulty scale. For a side with limited wicket taking opportunities Sri Lanka should be looking to convert half chances to full ones. And chase quarter chances like the fate of the planet rested on it. But instead, they dropped them, wrung their hands and tried to hide behind a smile. Over to you Graham Ford and co. Please fix.

Of course the biggest spotlight on this tour was in Sri Lanka’s batting. And they did not disappoint. Unless you are a Sri Lankan supporter, in which case, they not only disappointed you, they left you curled up in the foetal position, sobbing.

Their first 3 innings lasted 36.4, 35.4 and 43.3 overs. At Headingley, they could be forgiven. Conditions were brutal and James Anderson was on song. They were underprepared and they fell like dominoes. Their techniques were viciously exposed.

At Durham in the first innings, they still seemed to be recovering from the shock. At the end of those 3 innings, Sri Lanka’s series was over.

The fight in the second innings at Durham only staved off the embarrassment for another day. At Lord’s, on the flattest pitch all tour, Sri Lanka did well for a day. Then a few clouds gathered and England pushed themselves a bit harder and Sri Lanka just fell over yet again.

It was the familiar issues with the moving ball. Discussing this at length almost seems inconsequential until changes are made to the domestic system with better pitches that encourage fast bowlers. In the last Premier League season, the top 15 bowlers were all spinners. Most of Sri Lanka’s batsmen learn to play the moving ball at international level. It is a perpetual problem. And it will not be overcome anytime soon.

The tour was not without some slivers of hope. Unexpected, but heart-warmingly, Sri Lanka’s attack shouldered the burden without Prasad and Chameera admirably. Had chances been taken at pivotal moments, they could have made greater strides towards Sanath Jayasuriya’s outlandish claim of them being the best attack in the world.

Pradeep was the player of the series for Sri Lanka. Regardless of what the official accolades might indicate. He found seam movement, and swing and troubled the batsmen with the new and old balls. Eranga showed similar signs of encouragement. But with his action now in question, it might amount to nought.

Kaushal Silva added a much-needed feather to his cap with positive intent to keep the scoreboard moving instead of gluing himself to the crease. Together with Dimuth Karunaratne the two continue to grow as an opening pair.

Kusal Mendis showed that he could make the number 3 position his own. He seems to have the instinctive play that could make him a special player.  Australia’s tour in a few months will need to see him consistently pass 50 to deliver on what he has built in England.

Dinesh Chandimal scored a timely century to prove what he is capable of. But did little else to prove he can be trusted to go further up the order than his preferred number 6 position.

There was not much else to bring a smile to Sri Lankan supporters. Except perhaps Rangana Herath’s batting. Do you sense the irony?

On the fourth day at Lord’s, Sri Lanka had a number of decisions that seemed to go against them. The not a no ball, no-ball, was to be the tipping point. Flags were thrown over the dressing room balcony in solidarity. Supporters were rioting on social media about the injustice that had been dealt the team and them. It was as if everyone suddenly forgot how poor Sri Lanka had been all tour. As if a wicket in a dead rubber meant everything. As if they had not been outplayed, outclassed by England at every turn when it mattered.

This team has won 1 away Test in the last two years. They are now ranked the 7th in the world. This series was lost through mistakes, poor leadership and a lack of basic skills. Not a conspiracy between the ICC, MCC, the umpires, the Big 3 or DRS.

Bad luck and injustices did not find the edge of their bats. It did not force their captain, a fighter by reputation, to give up so easily and make poor decisions. It did not make them drop catches. It was all Sri Lanka. They made the mistakes and repeated them all tour.  And they continue to hide behind the “transition” tag.  If there is something to be angry about it is this. Everything else is just deflecting having to accept and settle for Sri Lanka’s mediocrity.