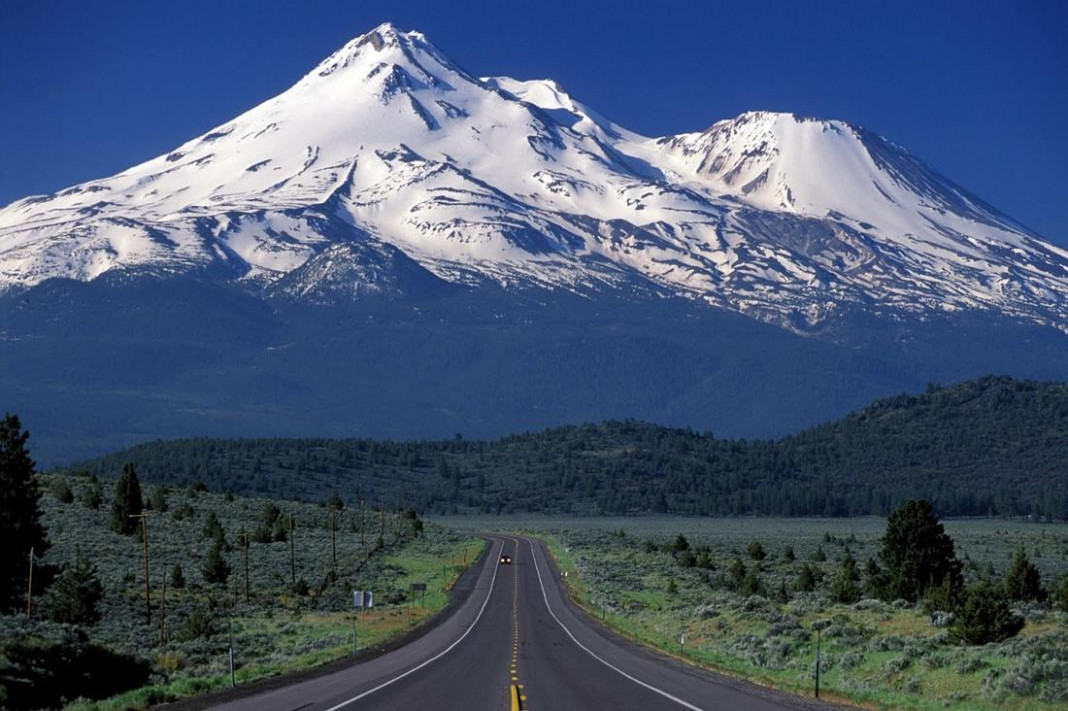 Most of us have heard the term Mount Everest, often we use it to show the impossibility of a task, ‘oh it’s like climbing Mount Everest’ we say, but most of us don’t even know what it looks like, leave alone how deadly it is to even attempt a to summit it, especially for those who are not physically fit (even the physically fit have failed). Some of us are still googling its location, ‘where is this mount Everest located men?’ I’ve heard some ask…. 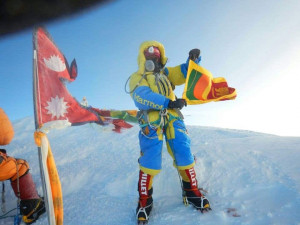 Mount Everest attracts many climbers, some of them highly experienced mountaineers. There are two main climbing routes, one approaching the summit from the southeast in Nepal (known as the standard route) and the other from the north in Tibet. While not posing substantial technical climbing challenges on the standard route, Everest presents dangers such as altitude sickness, weather, wind, as well as significant objective hazards from avalanches and the Khumbu Icefall. As of 2016, there are well over 200 corpses still on the mountain, with some of them even serving as landmarks.

Mount Everest, also known in Nepal as Sagarmāthā and in Tibet as Chomolungma, is Earth’s highest mountain. Its peak is 8,848 metres (29,029 ft) above sea level. The international border between China (Tibet Autonomous Region) and Nepal runs across Everest’s precise summit point.

In 1865, Everest was given its official English name by the Royal Geographical Society upon a recommendation by Andrew Waugh, the British Surveyor General of India. As there appeared to be several different local names, Waugh chose to name the mountain after his predecessor in the post, Sir George Everest, despite George Everest’s objections.

Tenzing Norgay and Edmund Hillary made the first official ascent of Everest in 1953 using the southeast ridge route.

The Chinese mountaineering team of Wang Fuzhou, Gonpo and Qu Yinhua made the first reported ascent of the peak from the North Ridge on May 25, 1960

What really seemed like the impossible was attempted and conquered by two Sri Lankans, Jayanthi Kuru-Utumpala and Johann Peries.

Why is this such a big deal?    What are the difficulties faced by climbers?  Why are there so many deaths if it can be conquered?   These are some questions most people asked me when I first congratulated this duo on a radio programme. 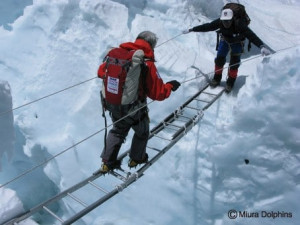 For starters, one of the issues that climbers face is the frequent presence of strong winds. These winds can blow climbers off the Everest. The air pressure at the summit is about one-third what it is at sea level, the winds can lower the pressure further, causing an additional 14% reduction in oxygen to climbers. The reduction in oxygen availability comes from the reduced overall pressure, not a reduction in the ratio of oxygen to other gases. Even with the comparatively lengthy period required to climb this high, they are unlikely to ever feel quite themselves above base camp, and in the Death Zone above 8,000m they are beyond the limit of their adaptive ability to the altitude.

Air temperature drops by roughly 0.65C per 100 meters of height gained. That means at 8,800m they can expect the temperature to be about 57C less than at sea level. That’s a gross simplification ignoring many other factors but you get the idea: it is cold up there.

Managing this is not helped by the fact that they’ll switch from lying still in the darkness at night to slogging uphill with the heat of the sun bearing down from above and reflecting up from the snow. 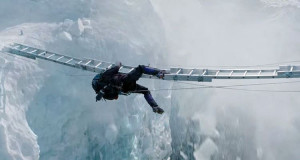 Another factor that needs to be taken into consideration is the occasional avalanches which have killed so many climbers of the past decades. There tend to be specific areas in which the likelihood of their occurrence is higher. On the two most popular routes (see below) these are the North Col, South Col and Khumbu Ice Falls (the latter being branded “Suicide Passage” for this reason).

They’re all necessary to cross and there’s not a lot they can do to control the mountain itself but they can help by minimizing their time in those areas and using the earlier parts of the day before the sun has warmed the snow.

In addition to falling snow, falling ice and rocks are yet more hazards they can face. This is particularly the case if they choose the Southeast route from Nepal. There, the former is a risk in the Khumbu Ice Falls (there’s a hint in the name) and the latter when crossing the South Col beneath the Lhotse Face 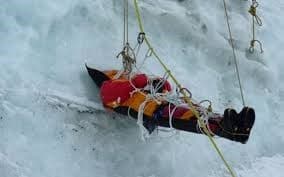 These are great cracks that appear in glacial ice which threaten to swallow careless or unfortunate climbers. If they climb from the Nepali side then they will encounter these in the Khumbu Ice Falls and the Western Cwm. To aid safe travel across glaciers, teams tie ropes between each of their members so they can drag out anyone unlucky enough to take a fall.

Summit Fever, near impossible to avoid entirely, the temptation to push on for “just another ten minutes” is strong in all of us. But combine it with the intoxicating zenith of so much effort and the mind-altering effects of altitude on the danger-ridden slopes of Mount Everest and they are a recipe for disaster

Commenting on the climb, Jayanthi Kuru-Utumpala stated, “Mount Everest represents the wonder and magnificence of nature in its purest form. The high altitudes, the acclimatization process, the freezing temperatures and volatile weather that we faced on every stage of our climb undoubtedly pushed us to our very limits. We had spent years preparing and training for this expedition and never thought that it would be so difficult, almost impossible to summit the Everest.” 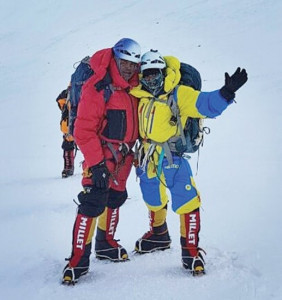 The oxygen levels go down as low as 30% on the climb, the cold temperature can create frost bite if the body is exposed without the special warm clothing. Something Johanne and Jayanthi both stressed was that the climb is a very technical climb. You miss one step and your fall could be over a mile. What feared them and other climbers most is that if a climber gets into trouble there is no way to get them down once past camp 3. There is no helicopter that could fly that high. The ledges in some sections are only 6 inches wide on both sides on a 65 degree slope.

The bitter truth is that one could die if they reach the top too fast. Over 200 climbers have died on the mountain – many from fatigue. Most of these bodies are still visible on the route up.

But, according to both Jayanthi and Johanne, if you have skill, technical support, fitness and the best gear, you still may not make it if you don’t have extreme mental strength….. The duo have complimented each other by stating that it was complete ‘team work’ and they needed each other to work their way to the top.     If not for the uncompromising motivation, and mental strength that they got from each other and friends & family, they both say, they would not have made it to the top…. Not to the highest mountain on the world….Not been the first Sri Lankans to climb it… No … mental strength is everything… long after the body has given up, the mind and heart still need to tick…still needs to push each vein, nerve and sinew.

‘If you can force your heart and nerve and sinew
To serve your turn long after they are gone,
And so hold on when there is nothing in you
Except the Will which says to them: ‘Hold on!’

Yes hold on they did….hold on we need to do … during the climb of our Mount Everest…. The Mount Everests of our lives