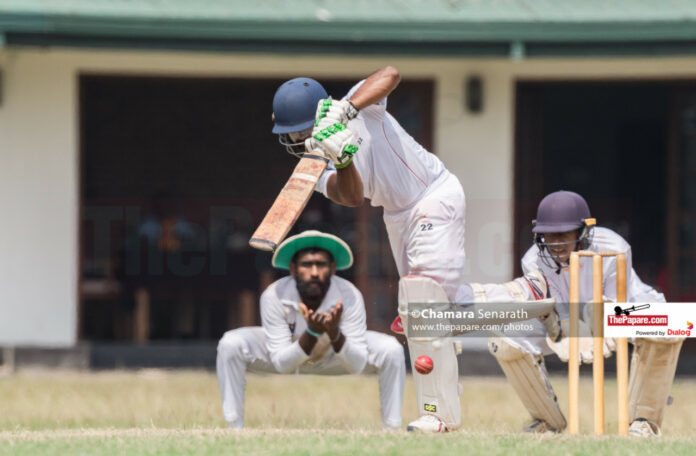 Leos Cricket Club and United Southern Sports Club qualified to the Final of Governor’s Trophy One Day Tournament, as they defeated Malay Cricket Club and Old Dharmapalians Sports Club respectively in the Semi-final encounters worked off today (26th September), at Colombo and Dombagoda.

After been put into bat first, Leos Cricket Club posted 214 runs with Primash Obris (57) and Nishan Jayamal (46) starring with the bat. Dimuthu Samarakkody was the pick of the bowlers for Malay Cricket Club as he managed to pick up 3 wickets for 34 runs.

In reply, Malay Cricket Club posted 212 runs for 9 wickets in the allotted 50 overs, falling just 2 runs short of the target. Kalana Madushanka stroked a brilliant century for Malay CC, but it went in vain as he ended up on the losing side.

Madushanka stroked 102 runs off 140 balls with 10 fours. Supun Dilshan starred with the ball for victorious Leo CC, picking up 3 wickets for 28 runs.

United Southern Sports Club’s skipper Tharinda Nirmal won the toss and invited the opposition to take the first lease of the wicket. It turned out to be a good decision as they managed to restrict Old Dharmapalians Sports Club to 190/8 in the allotted 50 overs.

Tharindu Amarathunga and Madhumal Weerasinghe chipped in with useful 40s with the bat while Rusiru Rajapaksa and Woshitha Amarasinghe starred with the ball taking 3 wickets each.

United Southern SC chased down the target quite comprehensively thanks to excellent knocks played by Woshitha Amarasinghe (74) and Tharinda Nirmal (53).