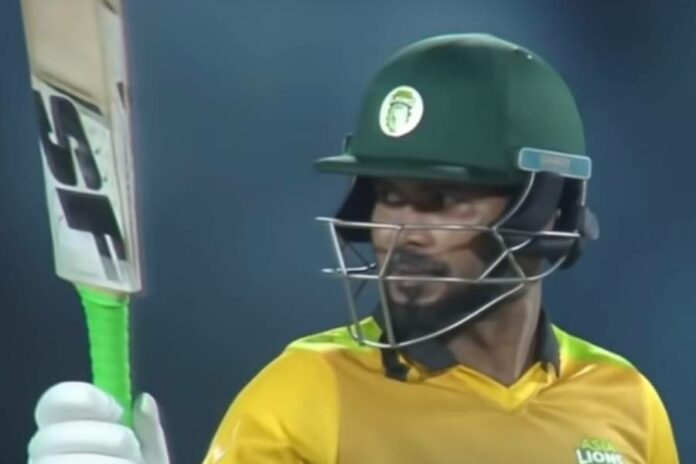 After being asked to bat first, Asia Lions got off to a poor start losing their opening batters TM Dilshan and Romesh Kaluwitharana for 29 runs inside the first 5 overs. However, former Sri Lankan cricketer Upul Tharanga and former Pakistan cricketer Mohammad Yousuf rescued the innings adding 78 runs for the 3rd wicket.

Tharanga top scored for Asia Lions with a knock of 72 runs off 45 balls with 7 fours and 4 sixes. This was Tharanga’s 3rd consecutive half century of the tournament as he made 63 & 66 runs in the last two matches.

Former Afghanistan batter Asghar Afghan gave the late impetus to the innings, smashing a blistering knock of 69 runs off 28 balls with 4 fours and 7 sixes.

India Maharajas couldn’t get over the line as they fell short by 36 runs. Manpreet Gony and Wasim Jaffer chipped in with 35 runs each for India Maharajas. Former Sri Lankan fast bowler Nuwan Kulasekara was the pick of the bowlers for the Lions as he snared 2 scalps for just 14 runs in his allotted 4 overs.