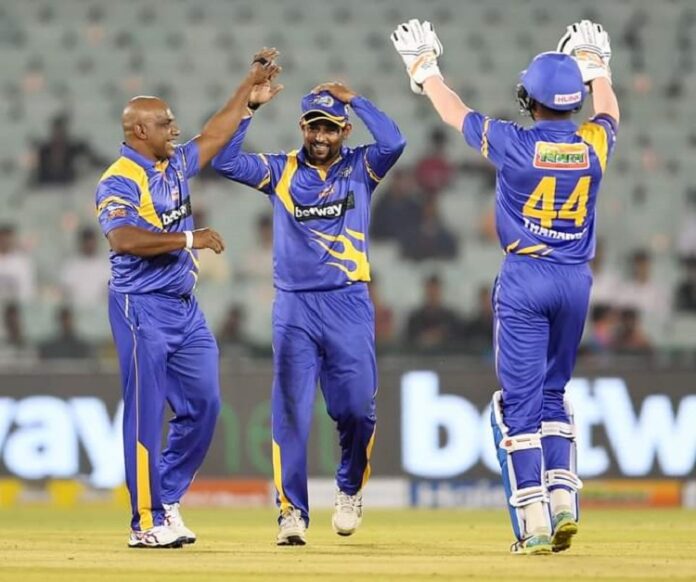 The popular Legends cricket, played by the veterans of the sport, will return with 2 tournaments in 2022.

The first of those tournaments, Legends League Cricket, will kick-off in January 2022 with 3 teams taking part in the tournament and will be played in Oman.

The teams taking part in the tournament are as follows,

Each team will play each other twice in the tournament and a direct final will be played between the top two teams.

Soon after the completion of that tournament, The Road Safety World Series (RSWS) will begin in India from 3rd February to 15th March 2022.

This tournament earned a lot of praise and love from the fans during its inaugural edition this year. The Indian Legends team, led by Sachin Tendulkar, won the inaugural RSWS trophy while the Lankans, who gave them a tough fight, settled as the runners-up.

Sri Lankan Legends captain, Tillakaratne Dilshan was the man of the tournament for his outstanding performance with both bat and bowl – 271 runs and 8 wickets in 8 matches.

The Sri Lankan public dearly embraced the tournament as they had the unique opportunity of seeing their childhood heroes in action once again.

This colourful tournament, which is played to raise awareness on road safety, will return even bigger this year with the following teams preparing to participate.

Recently retired players such as Thisara Perera and Isuru Udana will not feature for the Sri Lankan Legends this year. Apart from them a host of retired Sri Lankan stars will join the team making them one of the strongest outfits in the tournament.