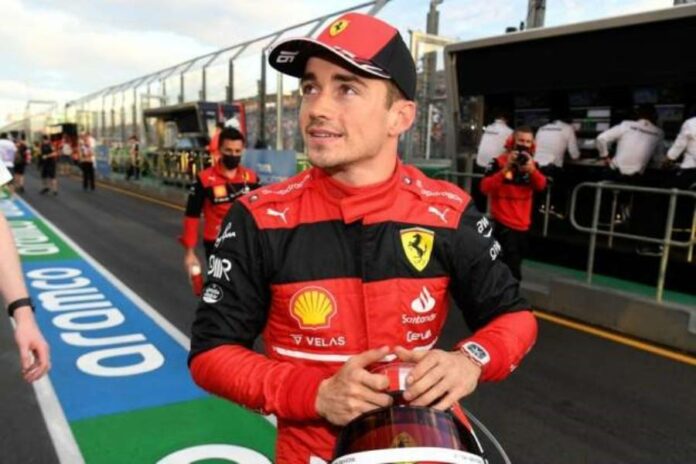 Ferrari’s Charles Leclerc grabbed pole from Red Bull’s Max Verstappen at the end of a dramatic qualifying session at the Australian Grand Prix.

The final session was interrupted by a red flag following a crash for Fernando Alonso’s Alpine after an apparent hydraulic failure robbed him of a strong showing.

Leclerc had just set the fastest time when Alonso went off, but was supplanted by Verstappen when the session resumed.

But Leclerc pulled out a storming lap at the end to take pole by 0.286 seconds.

Ferrari’s Carlos Sainz was only ninth fastest after a difficult session.

The Spaniard’s first flying lap did not register because the red flag was thrown for Alonso’s crash just as Sainz approached the line.

And then he could not deliver a representative lap on his final run, ending up 1.5secs slower than his team-mate.

But possibly the biggest loser was Alonso, who was 0.2secs up on Leclerc’s first lap time after two sectors of his flying lap before his incident.

Alonso ran wide of the apex entering the corner, got on to the kerb and slid into the gravel and then the wall.

“I lost the hydraulics,” he told Alpine over the radio. “I could not change gear.”

The two-time champion must be considered unlikely to have contested for pole but he certainly looked on course for a competitive showing, before what seems to be the latest in a series of Alpine reliability problems this year thwarted him.