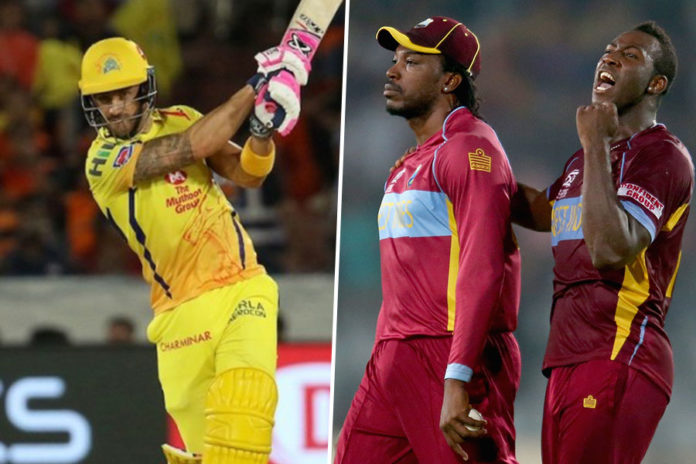 The inaugural Lanka Premier League is set to reintroduce Twenty20 franchise cricket to Sri Lanka. The tournament will feature 5 teams, who will play a total of 23 matches in double round robin and knockout rounds for a period of 15 days.

The player draft of the tournament was held on the 19th of October online with the participation of Sri Lanka Cricket officials, team owners and coaches. Each franchise was allowed to pick 20 players for their squad respective squad, including 14 locals and 6 overseas players.

The names of the participating teams were also revealed to the public on the day as Colombo Kings, Dambulla Hawks, Galle Gladiators, Jaffna Stallions and Kandy Tuskers.

Sri Lanka Cricket had already announced a team structure so that every team would be balanced in terms of skills. Each team includes one Icon local player and 2 Marquee players whose pay grades are above 50,000 USD. Next is the Gold Category which includes 2 overseas players and 4 local players where prices ranged from 25,000 – 40,000 USD. The Classic players’ category includes 2 overseas and 3 local players.  The squads were completed with the addition of 2 emerging players and 4 supplementary players.

Except for the Galle Gladiators franchise, the rest of the franchises weren’t able to pick all 20 players for their teams at the draft and will have to fill the gaps in their squads by the 1st of November, which is deadline imposed by Sri Lanka Cricket.

Here is the list of confirmed squads so far. 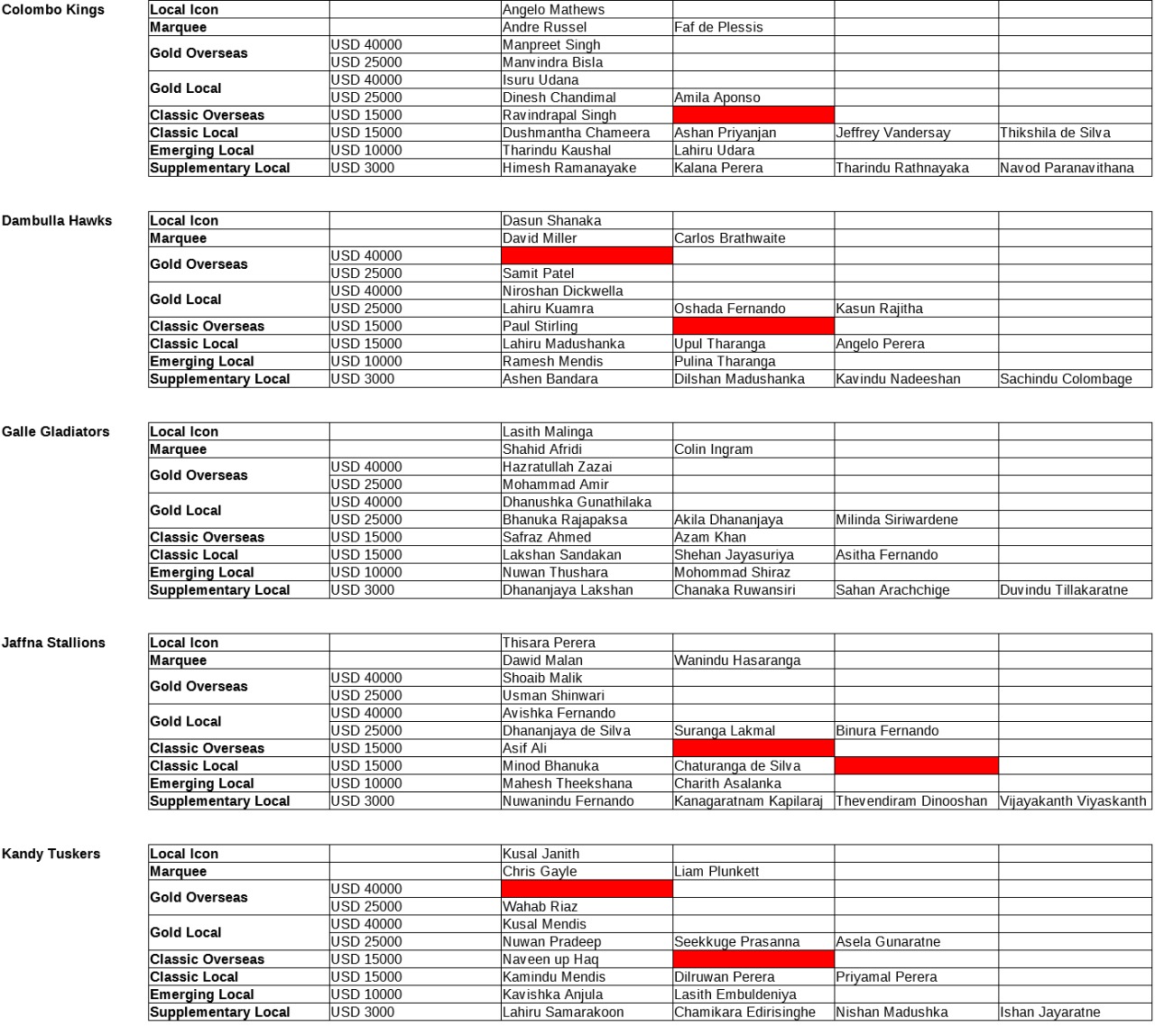