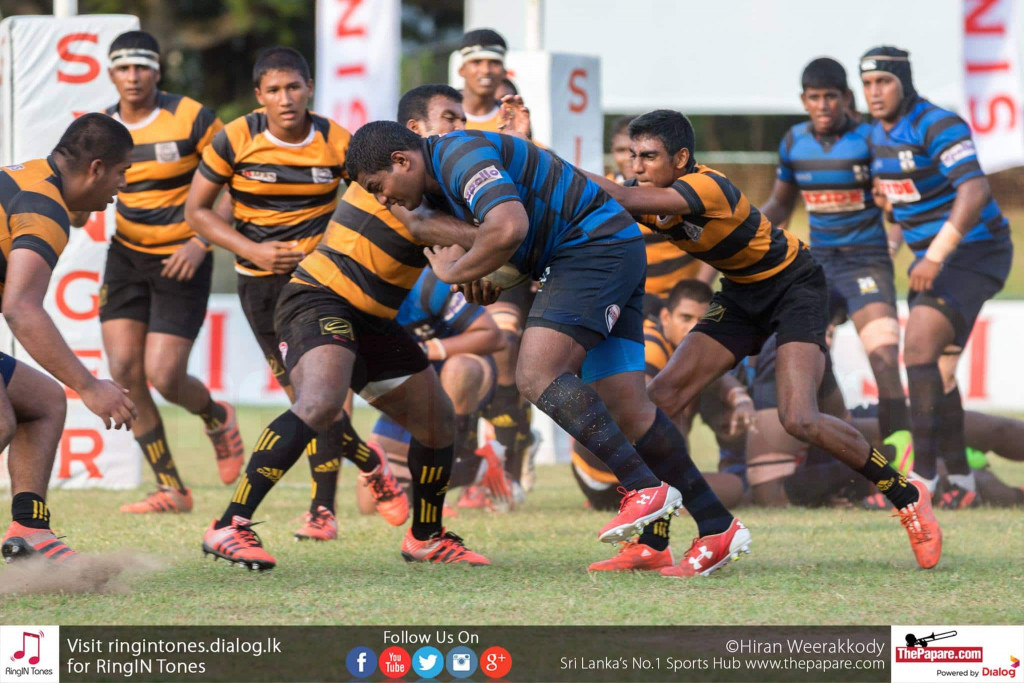 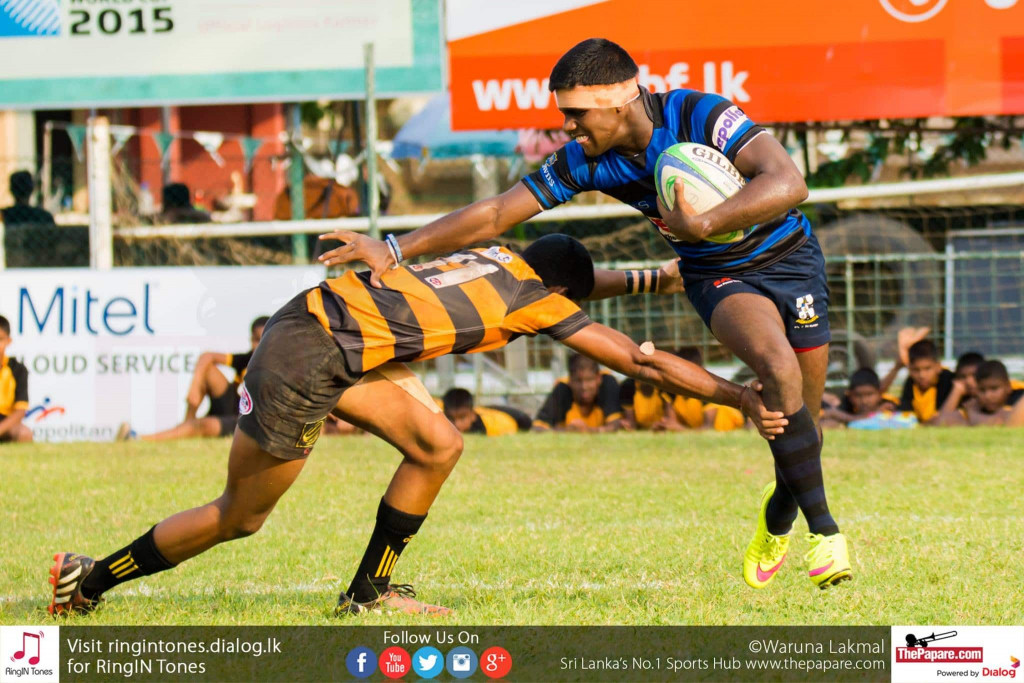 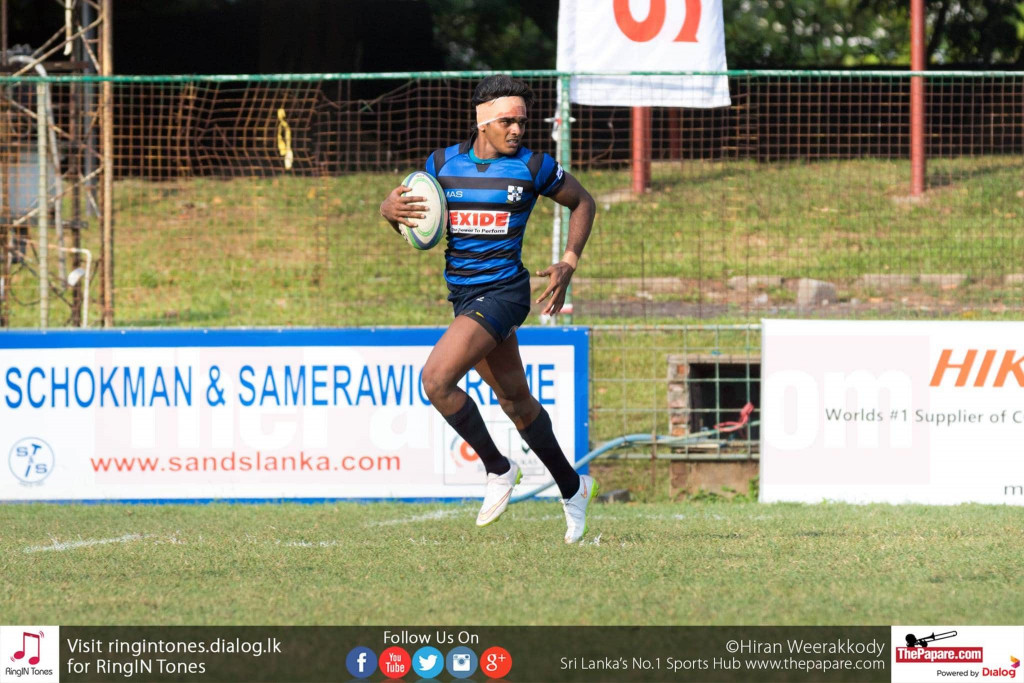 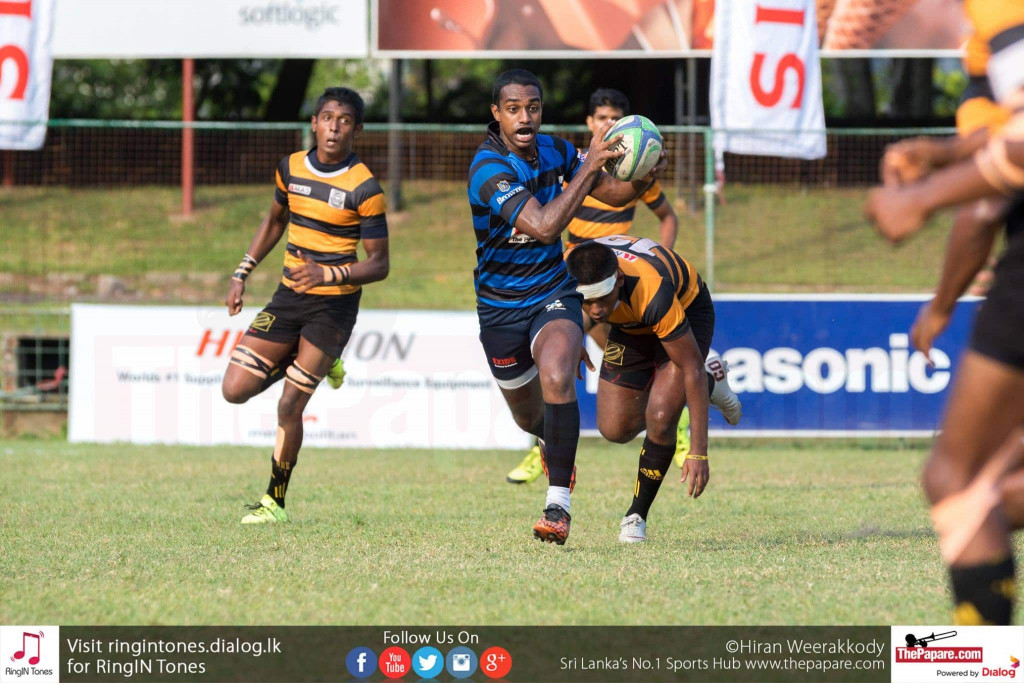 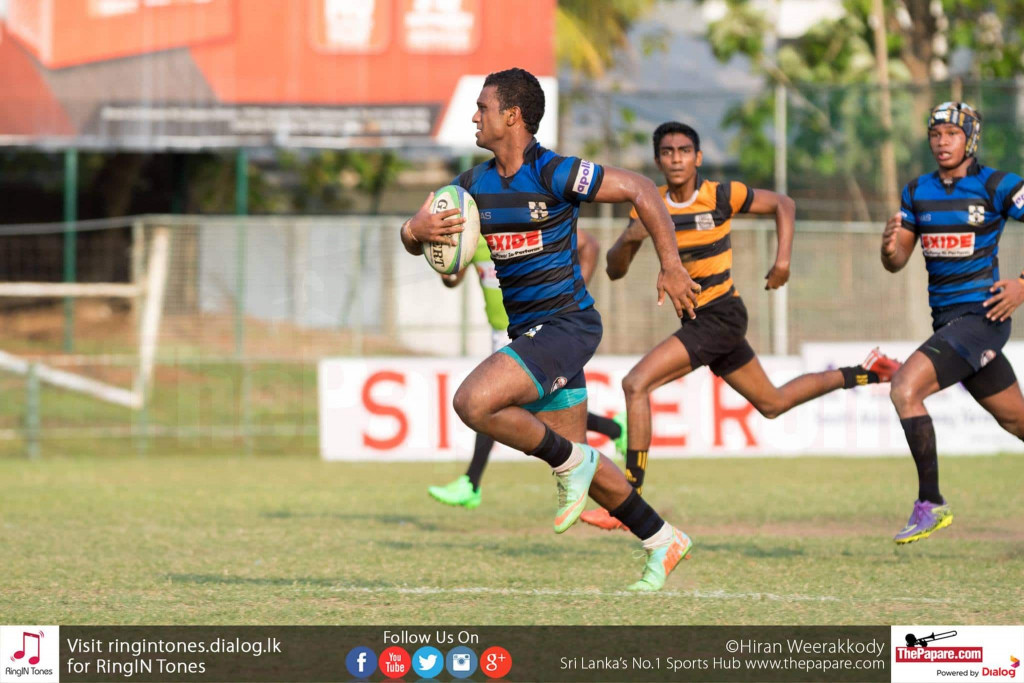 The Thomians managed to produce almost a replay of their first match against St.Joseph’s but in reverse, scoring five tries in the first half and only one in the second half. The score-line does not do justice for D.S.Senanayake College who played valiantly but was unable to produce the tries.

In an error ridden and undisciplined match, not the ideal build-up for the Royal game, S.Thomas’ College who almost made a fool of themselves, somehow managed to keep the opposition try-less for the second game running, feat no other team has been able to do.

The Thomians started off from where they left off against the Joes, when a clearance kick went straight into the hands of Ashwantha Herath who brushed off a couple of tackles before he passed it to the Man of the Match from the first match, Naveen Henakankanamge to add the finishing touches with a swift run under the post. Herath added the easy extra points. (00-07)

Thereafter, with advantage being played inside the opposition 22 metre, fly-half Bumindra Dissanayake kicked the ball over the defense and managed to score under the post, with a bounce being kind to him. Herath converted. (00-14)

The hosts then managed to put on sustained pressure on the S.Thomas’ defense and earned a deserved penalty which was slotted through by Captain Ashrof Muzmi. (03-14)

The ‘Dons’ dominated the next quarter of an hour camping inside the opposition half but sloppy play in attacking positions gave away another 14 points to the Thomians.

Firstly it was a botched inside pass from fly-half Mohamed Shimar to Muzmi which was picked up by Henakankanamge who almost ran the length of the pitch but was brilliantly tacked by A.V.Wijesiri, though he was helpless as Mayon Jayawardena went onto to score under the posts, making it easy for Herath. (03-21)

Next it was the centre pairing of Muzmi and Weerakoon who fumbled and this time there was no one to stop the powerful 80 metre run from Thomian centre, Herath. (03-28)

After getting two gifts, the visitors structured a few phases with the heavier forwards and Dissanayake sneaked in a try on the left corner, which Herath could only slice it across the posts. (03-33)

Hosts added another penalty from the boot of Muzmi but the skipper missed another on the stroke of half time. (06-33)

The Thomians brought on Sachitha Jayathilaka looking to pile on the tries but Sumeda Malawana’s side looked to have tightened up the defense for the final 40 minutes.

It took some time before prop Tehan Perera barged over for a try, which ultimately proved to be the only one for the Thomians in the second half. Herath once again added the two points. (06-40)

Apart from a couple of bulldozing runs from Jayathilaka, the Thomian play was left much to be desired, with the knock-on count adding up at a canter. Poor play resulted in indiscipline as S.Thomas’ found themselves down to 13 men towards the end.

D.S.Senanayake College dominated the final minutes of play but every time they came close to the Thomian try-line the defense was able to thwart the danger, but the lads from Mount Lavinia finished off the match with more questions than answers before their big clash against arch-rivals, Royal College next week.