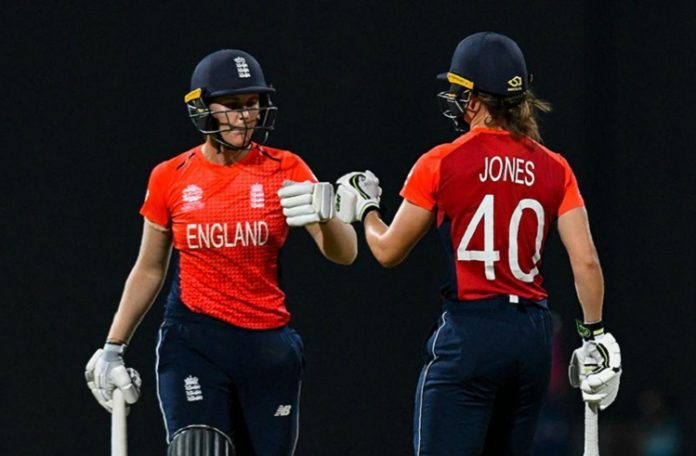 Heather Knight, the England captain, took 3/9, and left-arm spinners Sophie Ecclestone and Kirstie Gordon took two wickets each as they set up an eight-wicket win to seal a spot in the final of the ICC Women’s World T20 2018.

Choosing to bat at Sir Vivian Richards Stadium in Antigua without Mithali Raj in the XI, India made a statement.

With Smriti Mandhana and Taniya Bhatia adding 43 for the first wicket inside the Powerplay on what looked like slow wicket, the gamble seemed to work. However, they then lost their last eight wickets for 23 runs.

The England spinners did much of the damage, with Gordon getting Harmanpreet Kaur to miscue one and captain Knight scalping two in two to bowl out the opposition for 112 in 19.3 overs.

India, going with an all-spin attack, sent back the openers for single-digit scores to give themselves an opening. But Amy Jones and Nat Sciver worked the gaps and ran hard. Their 50 partnership came off 39 balls without anything too flashy.

Kaur stuck to the tactics that had worked well for the team so far, but the one-side fields only made for easy singles. A four off the first ball of the 18th over brought up a well-earned half-century for Jones and a comfortable win.

England thus joined Australia in the final of the tournament at the same venue on Saturday, 24 November.

Video – The margin for error is minimum in Cricket –...