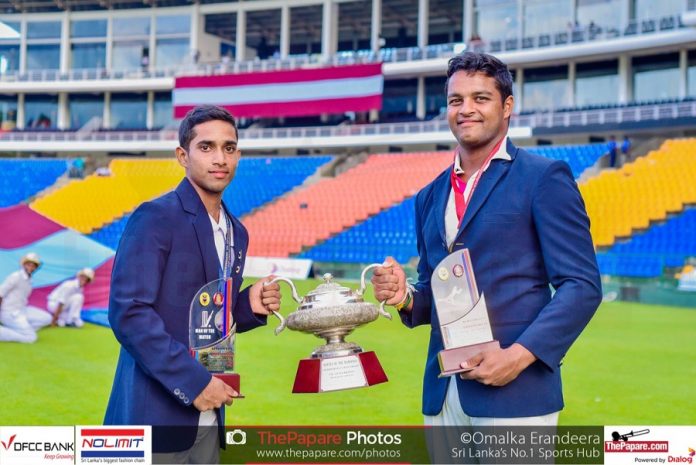 The second and the final day of the Hill Country Battle of the Maroons ended in an emphatic draw with Kingswood College Kandy securing a well-deserved first innings victory against their arch rivals Dharmaraja College. 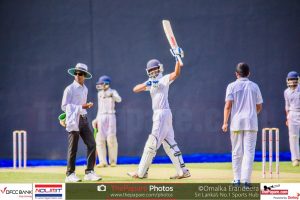 The day started off with Dharmaraja struggling at 97 for the loss of 6 wickets  and as Kingswood desired they dismissed the Dharmaraja lower order very cheaply within the first hour of play to a total of 111 runs. Lakmal de Silva and Uthpala Jayalath did the destroying ending up with figures of 3/40 and 3/22. 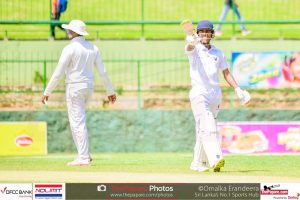 Kingswood began their second innings with a 55 run-lead as they started off in a similar fashion as the first. However, the highest partnership came for the 4th wicket when the captain and the vice-captain steadied the ship after a couple of quick wickets. Ganidu Kamburugamuwa stroked his way to an brisky 58 runs while Saumya Piyasena smashed his way to become the innings’ top scorer with 60 runs under his belt. Hashika Gamage chipped in with 38 runs to take the total to 184 / 5 in 53 overs. Only Viraj Ehelepola was successful taking 2 wickets for the Rajans in an innings that was totally dominated by the batsman. 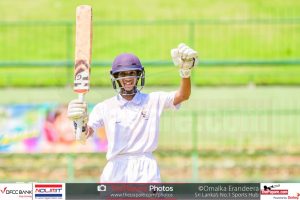 Chasing a target of 239 runs to win in 40 overs, Dharmaraja looked solid going into tea 28 for the loss of no wickets in just 5 overs. However, after the fall off the initial wicket at a score of 58, the Kingswood bowlers came back into the game picking up wickets at crucial intervals though it was more a case of reckless batting than the excellent bowling.The game came to a halt in the 101st over of the day with Dharmaraja struggling at 122/8 and Sachintha Senanayaka and Isuru Dayananda contributing with 52 and 30 runs respectively. In the bowling department it was Ganidu Kamburugamuwa and Lakmal de Silva who wielded the way for the lads from Randles Hill with figures of 3/48 and 3/21. 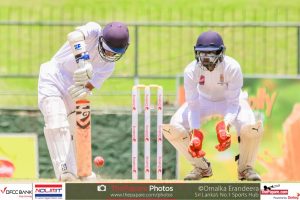 Ganidu Kamburugamuwa was awarded the Man of the Match deservingly for his stunning performance with both the ball and the bat. Lakmal De Silva became the best bowler while Saumya Piyasena picked up the best batsman award with Kingswoodians running away with all the silverware. Bawantha Udangamuwa the Rajans captain won the award for the best fielder of the match.

And yet another year of the Battle of the Maroons ended in a tame draw with the trophy ending up in the hands Dharmaraja who previously won in 2015 and Kingswood continued their drought without a victory since 1958.

Royal run rampant against the Anthonians