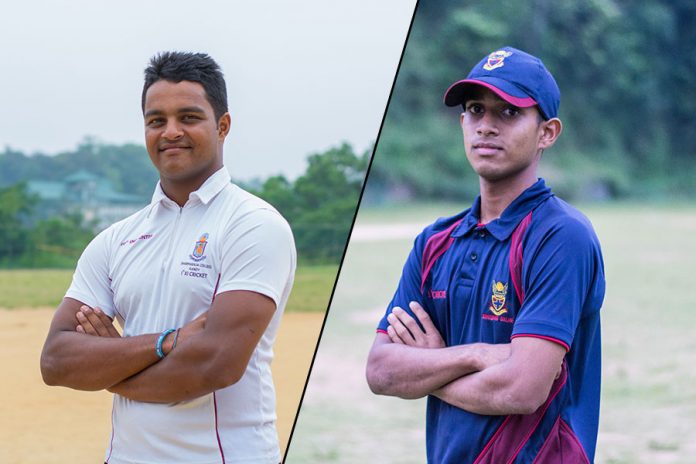 Day one of the 112th Battle of the Maroons between Dharmaraja College and Kingswood College ended with Dharmaraja on 97 for 6 wickets, after having bundled Kingswood out for a reasonable total of 166 runs in 58 overs on the stroke of tea.

Having won the toss, the Rajans opted to field first on a fresh wicket at the Pallekalle International cricket stadium. Kingswood was very watchful in the first hour of play, as the two openers managed to negotiate the swing in the morning session and went into lunch with a comfortable score.

Dharmaraja clawed their way back in the second session picking up wickets at regular intervals to dismiss both the middle order and the lower order for very low scores. It was the top order batsman Dhananjaya Maduranga and Dulin Wijenarayana did bulk of the heavy scoring with 42 and 40 runs respectively and later were supported by captain Ganidu Kamburugamuwa with an important 33 runs. Dumindu Danushka accumulated a watchful 20 runs, batting with the tail.

Yasitha Samararathna was the pick of the bowlers for Dharmaraja with 3 wickets under his belt while Virajith Ehalepola and Upendra Warnakulasuriya chipped in with 2 wickets each.

Bawantha Udangamuwa and Isuru Dayananda started the innings off in a similar manner to the Kingswood top order but they were unluckily dismissed trying to be a little fancy. In the dying minutes of the third session Kingswood chipped out 4 crucial wickets denting the Rajans hopes of a first innings victory at home.

Dharmaraja will look to extend their total tomorrow to a respectable score without conceeding a healthy lead to their arch rival who currently have their tails high up and are looking for the kill early in the morning tomorrow.