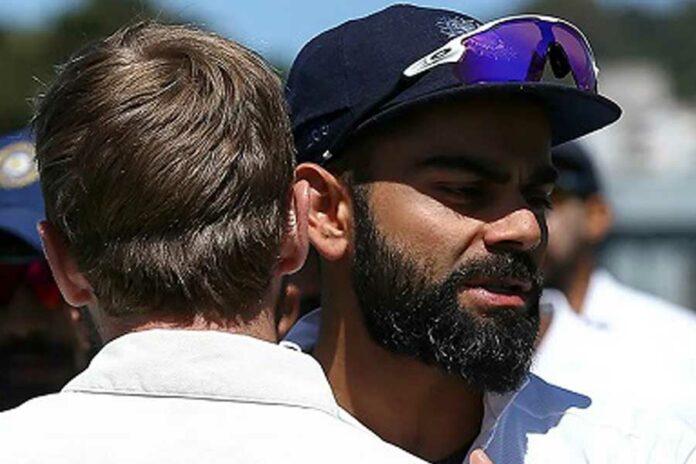 As India and New Zealand fight for the World Test Championship, there are a number of key individual match-ups that could well be the difference in Southampton.

Aside from the toss, the two captains are unlikely to ever be pitted against one another on the field of play in a personal battle. But how each fare in the contest will be pivotal to their side’s hopes.

As captains and among the batters of their generation, Williamson and Kohli hold more responsibility than most over where the Test mace is headed at the end of the five days’ play in Southampton.

Read: ICC to stick with percentage of points system for World Test Championship

Williamson goes into the match looking to shake off an elbow injury and a quiet start to his tour of England but sitting atop the ICC Test batting rankings. His own surge in form fuelled the Black Caps’ charge to the final, scoring 639 runs at 159.75 across three Tests in 2020/21, with two double centuries and a ton.

Kohli heads into the match sitting at fifth on the ICC Test batting standings and looking to notch his first century in the format since 2019. While it has been a somewhat lean run for the Indian captain, he has come up with several key performances for the team in that time.

In Australia, his half-century at Adelaide Oval looked set to shape the match until an unfortunate run out, while against England his 62 at Chennai was crucial to turning the series around. He averaged 59.3 and scored two centuries on his last Test tour of England and will be hoping that bodes well going into the final.

As captains, both Williamson and Kohli are proponents of attacking, positive cricket and we can expect both to push for victory rather than play for a draw.

Through the course of the World Test Championship, Ajinkya Rahane has been India’s highest run-scorer and Tim Southee New Zealand’s greatest wicket-taker.

Both are certain starters in the final and having served such vital roles for their teams in the road there, will have plenty resting on their shoulders.

Southee has taken 51 wickets at 20.66 in the WTC, with three five-wicket hauls along the way, while also snaring a six-for (6/43) in his most recent Test outing against England. The veteran seamer has typically thrived against India, averaging 24.46 against the Asian powerhouse, nearly four runs fewer than his career average of 28.31.

Rahane has scored 1095 runs at 43.80 this WTC cycle, notching three centuries and six half-centuries across 17 matches. Those three tons have been hugely important too, setting up India’s first win of the campaign against the West Indies, before starring against South Africa and then igniting India’s Border-Gavaskar comeback with an unforgettable MCG ton.

Rohit Sharma has much more to his game than the pull shot and the same goes for Neil Wagner and the short ball. Nevertheless, the battle between two of the finest exponents of each of those skills looks a seriously appetising one on paper.

Mohammad Rizwan summated Wagner best when he said: “He’s mad. He’s a different guy. His attitude is everything, his aggression is very beautiful.” The Pakistani keeper was effusive in his praise of the Kiwi bowler in late 2020 after Wagner had ignored two broken toes to bowl the most overs of any member of the attack in a New Zealand victory over Pakistan. It was simply the latest example of the tough as nails quick digging deep for his team. That injury limited Wagner to just seven WTC Tests but he still made his presence felt, taking 32 wickets at 22.50. If the going gets tough for New Zealand at Southampton, expect Wagner to be the first man Williamson turns to.

Like Wagner, Sharma also missed chunks of the WTC through injury, sitting out six of India’s 17 matches. Like Wagner, he was still one of their most influential players and among just six players globally to make more than 1000 runs in the cycle. Averaging 64.37 since moving to the top of the order, Sharma has been comfortably the form opener in the WTC.

While Indian spearhead Bumrah is yet to dismiss the Black Caps opener across the two Tests they have played against each other, Bumrah can look to two things for encouragement – his record in England, and that Stuart Broad, a similar bowling match-up, trapped Latham lbw twice in their recent series.

Challenging both edges with his new ball exploits, Bumrah has taken 14 wickets at 25.92 in Test matches held in England and will be entrusted to begin the opposition rot.

Twenty-nine-year-old Latham has the chance to cement himself further as one of New Zealand’s great Test openers, and is currently 12 runs shy of 4000 runs at the top of the order for his country, at an average of 42.42. He will join John Wright (5260 at 38.11) as the only Kiwis to pass 4000 runs opening the batting and needs one more century to join Wright on 12 hundreds in the position. A century in the final would be Latham’s first in England or against India.

A key battle at the top of New Zealand’s innings, the winner of this particular match-up could set the tone for the rest of the WTC Final.

Two wily 100-Test veterans go toe-to-toe in Southampton, with 37-year-old Ross Taylor (107) and 32-year-old Ishant Sharma (101) keen to draw on all their experience in the WTC Final.

Ishant has the upper hand when the two have crossed paths, dismissing the Black Caps middle order batter four times in just six Test matches. Ishant also has happy memories of Test cricket in England, claiming 18 wickets at 24.27 in their last series there, back in 2018.

Ishant has been a strong contributor in India’s consistent pace battery across the WTC, claiming 36 wickets across 11 matches and providing no respite for batting orders in the period. Only Ravichandran Ashwin has claimed more WTC wickets so far for India.

Recently passing Stephen Fleming as New Zealand’s leading run-scorer in Test cricket, Taylor has 650 Test runs at 40.62 to his name in England, with his only century in England (154* at Old Trafford) coming over 13 years ago. Despite this, he comes into the Final with momentum, playing himself into form with a confident 80 to set up a healthy first innings lead in the second Test against England, which New Zealand ultimately capitalised on to claim a series victory.

The fourth highest run-scorer for New Zealand in the WTC cycle (469 runs at 31.26), a strong Taylor performance could give the Black Caps an edge in what will be a nervy occasion.

Rarely has a competition final had two wicket-keepers with such contrasting styles. Left-hander Rishabh Pant with his swashbuckling, brash approach, versus BJ Watling, the steady, traditional player who would almost prefer to hide in plain sight.

With the bat, Pant has been a revelation during the World Test Championship, amassing 662 runs at 41.37, with his strike rate of 69.17 the highest among all players with at least 400 runs in the competition. In a purple patch in 2021, his series-winning 89 not out at the Gabba against Australia was complemented by a 118-ball 101 in Ahmedabad, all while countering a challenging new surface.

Overcoming back struggles to be ready for New Zealand’s assault, Watling will reclaim the gloves from Tom Blundell, and his measured approach with the bat has been effective so far in English conditions. He has compiled 300 runs at an average of 50 across eight Test innings in the country.

Watling’s strike rate of 40.88 in the World Test Championship is a stark contrast to Pant’s, and while averaging a tick under 30 in the competition, he has played a part in blunting opposition attacks. Consecutive knocks of 77 and 105 not out against Sri Lanka in August 2019 highlighted his virtues, with his double century against England (outside the WTC) in New Zealand’s following series only underlying his credentials.

The numbers may suggest that Pant’s approach has been the more effective of the pair to this point, though it could be the measure of Watling that pulls the Black Caps through.