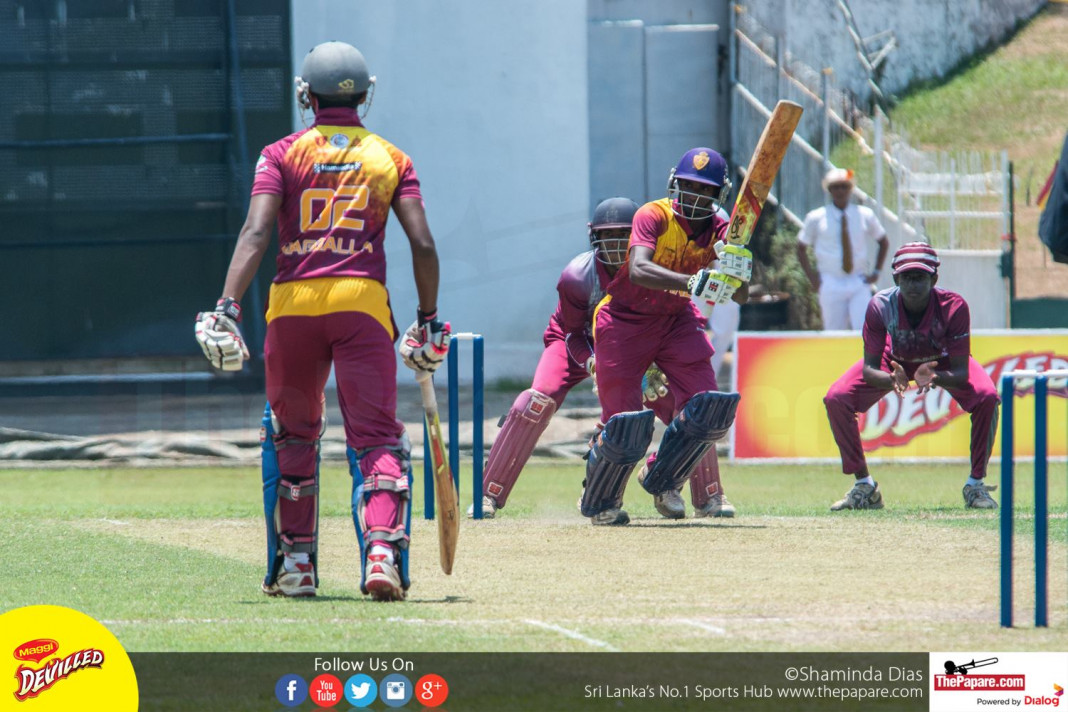 The left-handed hard-hitting batsman smashed 8 boundaries and 5 sixes during his whirlwind 78-ball knock of 100 which lifted the Ananda College score to 271 all out in their allotted 50 overs. Earlier, Nalanda College skipper Dasun Senevirathne won the toss and elected to field first.

The Nalanda seamers struck early to restrict their arch-rivals to 53 for 3 in 15 overs before ex-captain and Sri Lanka under 19 vice-captain Sammu Ashan made a timely 54 to rebuild the innings. Sammu and Ashel Sigera (30) constructed a 76-run stand for 4th wicket while Kavishka and Dinuka Gimhan (30) built the all-important 96-run stand for the 9th wicket. Kalana Perera and Umeshka Dilshan took 2 scalps each for the school from Campbell Place.

Chasing 272 runs to win, Nalanda got off to a stunning start amassing 138 for 1 in 22 overs before the well-set Lakshitha Rasanjana fell for 71. In the 28th over, the other in-form batsman Nimnaka Rathnayake was dismissed for 71 by the Ananda spinner, Ashel Sigera as Nalanda lost their plot. They were finally bowled out for 233 in the 49th over. Sigera and left-arm spinner Dileepa Jayalath shared 5 wickets amongst them.

With this win, Ananda College has retained the trophy for the 7th consecutive year and have notched up 26 wins in the series.