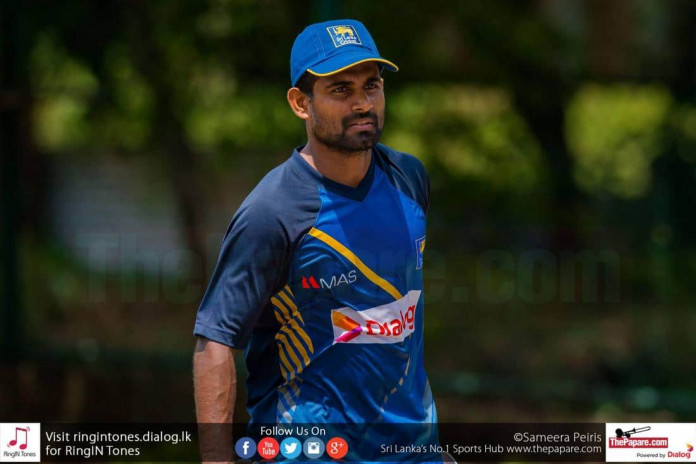 Skipper Jehan Mubarak won the toss and elected to field first. Silva batting at number 3 scored a run-a-ball 147 which included 15 fours and a six to help Sampath Bank post a commendable 276 for 8 from their 50 overs.

Opening batsman Primosh Perera made 27 while skipper Jeewan Mendis contributed with 25 runs. Former Trinity College captain Dinuk Wickramanayake struck 2 sixes and 2 fours during his knock of 36. Sachith Pathirana was the star for MAS Active with the ball picking up 4 scalps for 43 off his 10 overs. Fast-bowler Kasun Madushanka also picked up 2 wickets.

Chasing a tough total of 277 runs to win, one-drop batsman Kithruwan Vithanage stroked a solid 76 off 80 deliveries while senior middle-order batsman Sachithra Serasinghe yielded 69 valuable runs off 83 balls. Fast-bowler Kasun Rajitha was the pick of the bowlers taking 4 for 50 while spin duo, Nuwan Perera and Jeewan Mendis shared 5 wickets as MAS Active was bowled out for 240.

After being sent into bat, Commercial Credit struggled against the spin of Unichela bowlers as they were restricted to a below-par 189. All-rounder, Lahiru Madushanka top scored with 41 while Chathuranga De Silva, Ranga Cooray and Upul Tharanga got useful starts but failed to capitalize and go onto make a big knock.

Chasing 190 runs to win, MAS Unichela raced to the target in just 21.4 overs. Opening batsman Danushka Gunathilaka slammed 3 sixes and 5 fours during his excellent knock of 50 off 46 balls. One-drop batsman Mahela Udawatta smashed 6 huge sixes and 5 boundaries to reach 65 off 52 deliveries. Gunathilaka and Udawatta added 98 for the 2nd wicket while TM Dilshan joined in the act with a blitzkrieg 13-ball 22 while Kusal Janith took only 5 balls to score 13.