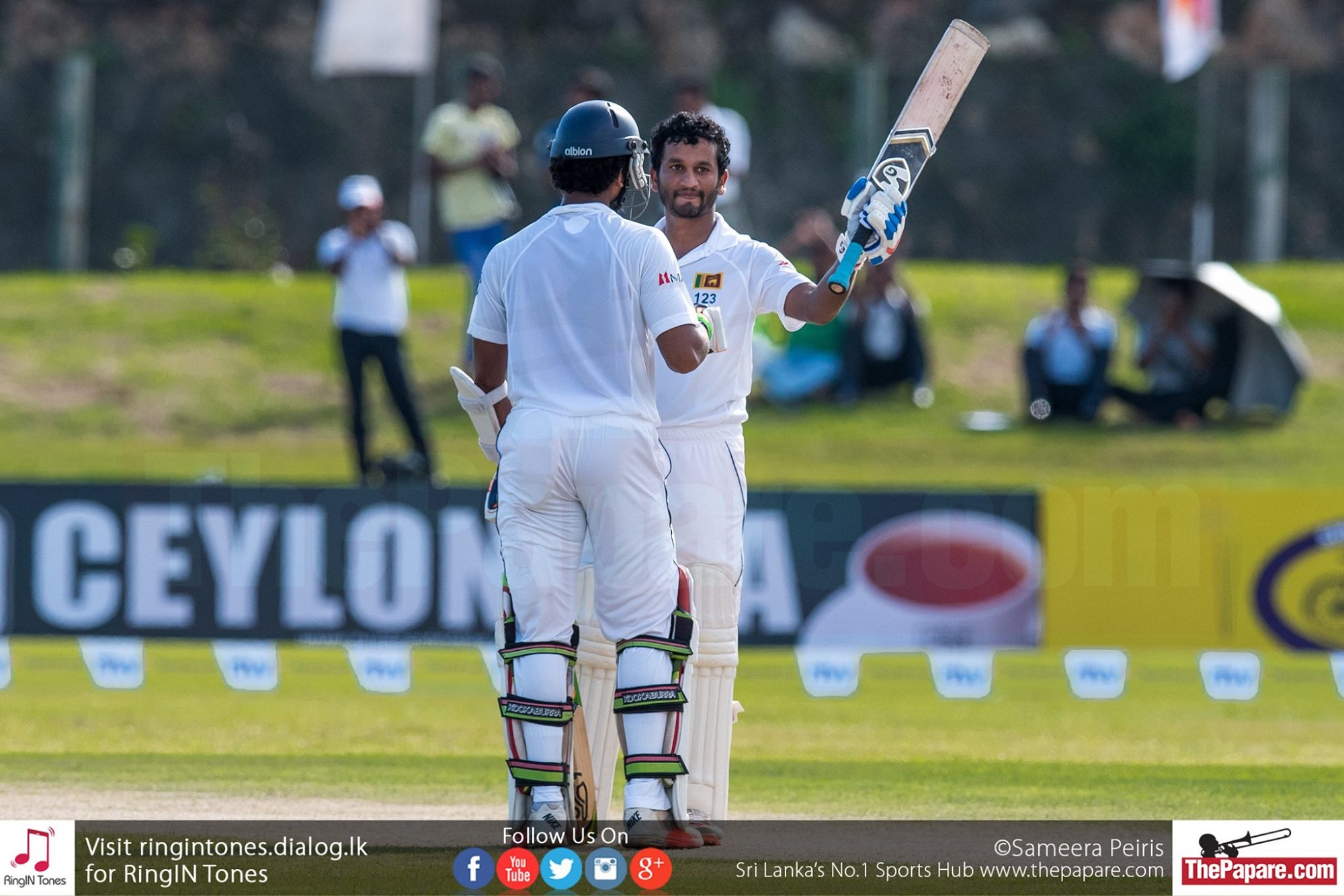 An unbeaten 149 run partnership between Dimuth Karunaratne and Dinesh Chandimal helped Sri Lanka reach a formidable 250/2 at the end of the 1st day’s play in the 1st test between Sri Lanka and West Indies.

Angelo Mathews won the toss and chose to bat on what he described as a typically dry Galle pitch. Sri Lanka started well, despite some tight bowling by Kemar Roach and Jerome Taylor, who got the ball to move around a little during their 1st spells. Despite playing and missing several times, the Lankan openers Dimuth Karunaratne and Kaushal Silva, survived the 1st hour and went on to post their 1st 50 run partnership of the year in the 17th over. They were helped by the fact that Jason Holder and Shannon Gabriel, the 1st and 2nd change bowlers, were not quite able to exert the same pressure as the opening bowlers Roach and Taylor. Roach eventually struck in his 2nd spell, when he went wide of the crease and got the ball to straighten just enough to find Silva’s edge. Sri Lanka went into lunch with Karunaratne well set on 41 and Lahiru Thirimanne, having just joined him, on 1. 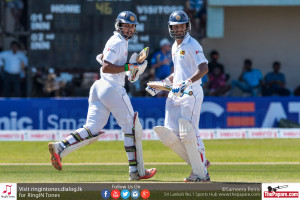 Thirimanne, whose last 12 innings have consisted of just one 50 plus score, struggled to find any semblance of form as he prodded his way to 16 off 62 balls. He had his share of luck too, having been put down by Darren Bravo at slip. Ironically, it was when he had just begun to find the middle of his bat, that he was dismissed trying to loft Devendra Bishoo on the on side. He only succeeded in inside edging the ball to short midwicket where substitute fielder Rajendra Chandrika did well to hang on to the catch on the 2nd attempt.

Karunaratne, who lost his opening slot to Upul Tharanga in the last test versus India, continued to bat responsibly. Using the crease to great effect, he was comfortable leaving deliveries that were angled away from him by the quicks, forcing them to bowl around the wicket to him. Dinesh Chandimal provided him with the ideal partner, as he too looked comfortable playing the balls according to merit and not going for too many shots. Together they put on 149 runs to ensure that Sri Lanka ended the day on top. Karunaratne’s 135 is currently the highest score by a Sri Lankan batsman versus the West Indies, going past the 120 scored by Malinda Warnapura in 2008. It is also his highest score and 1st century in Galle.

The West Indians, who came into the match with 4 fast bowlers, found the conditions tough and Captain Holder was forced to use 7 bowlers during the course of the day. Early wickets will be needed if they are to ensure that they stay in the game.