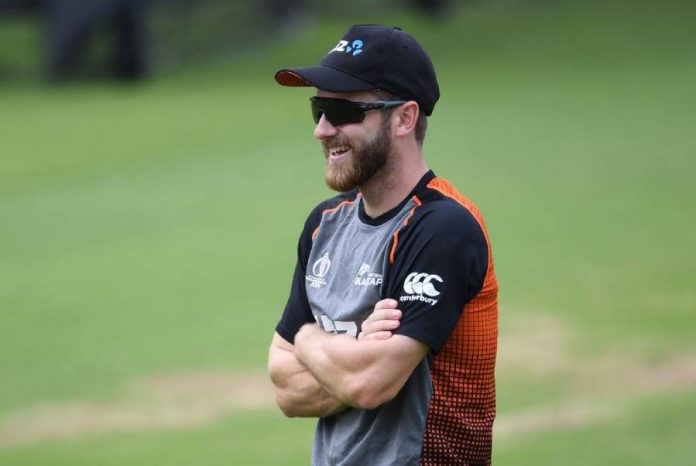 Some press conferences reporters look forward to. Pope John XXIII was one such. When journalists asked him how many people worked at the Vatican, he just smiled and replied, ‘about half of them.’ A few years later, one of his successors helped reporters spice up their copies. Pope John Paul II had ordered the construction of a swimming pool in the Vatican.

When reporters asked whether a swimming pool was necessary at a massive cost he told them, ‘Cheaper than a conclave.’ A goalkeeper and a swimmer during his youth, the Polish pontiff implied that he would die without engaging in sports. New Zealand cricket captain Kane Williamson’s media interactions are highly anticipated as well. After his team’s stunning win over India in the World Cup semi-final in Manchester, cricket writers were eating out of Williamson’s hands, as he gave them several nice copies. It was hilarious too.

Read More : Madugalle and Dharmasena to officiate in the final

An Indian reporter asked the New Zealand captain whether the criticism directed towards M.S. Dhoni was fare after such a close encounter. He went onto elaborate that if Dhoni were to play under him, whether he would pick him in the side?  “He’s not eligible to play for New Zealand,” Williamson said to the laughter of all those who had gathered.

He wasn’t finished yet. He went onto add, “Is he (Dhoni) looking to change nationalities? We will consider that selection if we have to.” That was followed by more laughter.

Rugby obviously is the number one sport in New Zealand. In some parts of south island of that beautiful country, when a kid attends school for the first day, he has to take a rugby ball along with his books. In streets of Sri Lanka you find kids playing cricket. Kids don’t play in the streets of Wellington, Christchurch or Auckland but in every park you can see them playing rugby.

Williamson was asked that if his team went onto win the World Cup whether the enthusiasm for cricket will outclass rugby. Any other captain would have told that he hoped the interest levels for the game would increase. But Williamson being Williamson was more realistic.

“I don’t think it will change the No. 1 sport,” he said bringing the rugby fan in him out. All Blacks are the defending champions of the Rugby World Cup and 2019 could be the year where New Zealand go onto achieve the grand double – cricket and  rugby world cup titles.

Williamson has become an instant hero not just for off the field stuff, his batting and leadership qualities have been top class too. Of course his efforts knocked India out of the competition.

India had won the admiration of Sri Lankan fans after their Nidahas Trophy win in Colombo. That was under Rohit Sharma. India were more chilled out and players even did a victory lap around RPS thanking the fans. But under Virat Kohli, the Indian team seems to be back to square one.

The Williamson story however, is getting better and better. When he won the toss and opted to bat first in the first semi-final, people had doubts. It was overcast and many felt that New Zealand should have made most of the conditions. But Williamson had assessed the conditions well. He was quite sure that the wicket would deteriorate and when he was batting, he targeted at 240 rather than 300.

Williamson’s contributions with the bat easily outnumber that of his team mates. Ross Taylor averages 41 in the competition while Martin Guptill has been a disappointment averaging just 21. Williamson with an average of 91 has carried his team through singlehandedly and already has two hundreds in the competition.

Whether he will be able to achieve what the likes of Martin Crowe, Stephen Fleming and Brendon McCullum failed to do remains to be seen. Whether he wins the World Cup or not, one thing is certain, Williamson has won the hearts of the public.

Fellow finalists England have made giant strides in one-day cricket in the last four years. Their semi-final fixture against arch-rivals Australia was a walk in the park having won without much trouble. When you consider that in the last World Cup they didn’t even make it to the quarter-finals, the significance of their achievement comes to light.

England had heavily relied on bits and pieces all-rounders to succeed in World Cup campaigns for two decades. After 2015 they realized that this was not working and completely overhauled the system. Today, they are playing an exciting brand of cricket.

A lot of Sri Lankans fans will not be supporting England in this World Cup final. But at least for Trevor Bayliss’ sake, let’s not feel bad if they win the sport’s showpiece event.