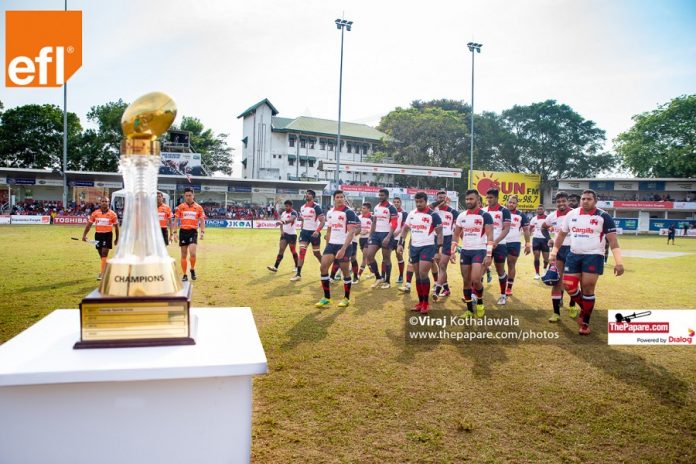 The defending league and Clifford Cup champions, Kandy Sports Club have withdrawn from the Dialog Clifford Cup and this year’s tournament will continue without their participation.

The withdrawal from Kandy will result in an uneven competition with only 7 teams set to play in the Clifford Cup that kicks off today(15th).

Speaking to ThePapare Vice President for Sri Lanka Rugby, RIzly Ilyas added that Kandy will be penalized for withdrawing from the tournament abruptly.

Speaking further on the venues and move to use the Colombo Racecourse, VP Ilyas added that it was Sri Lanka Rugby that had allocated the grounds.

“The Racecourse is not the home ground of CH & FC and Army. When they did not have grounds, we allocated the Racecourse for the clubs to play their games”

“Due to the last minute change, the draw will go on and there will be no change. Air Force will be getting a walkover(in the 1st round)”

Kandy have been the undisputed champions at the Clifford Cup trophy for the last 4 years and have 21 Clifford Cup victories, in total, under their belts.

The second quarterfinal that was scheduled to be played in Kandy will not be played and Kandy’s opposition Air Force will get a direct qualification to the semifinal.

The revised schedule for the Dialog Clifford Cup will be as follows: