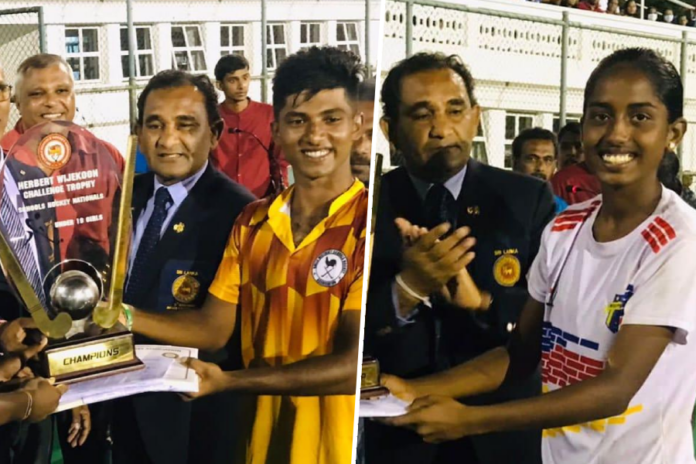 After some healthy competition between the two rivalries [Blue & Golds] the finale ended with a tie. Kushan Rathnasuriya & Bhanuka Ranasinghe scored a goal each for their respective teams Galle & Kandy.

Puththalama Schools defeated Kandy Blues 2-0 goals, to be crowned as champions in the girl’s category. The two strikes of Madushika Fernando and Dinuli Nehansa led their teams towards grabbing the title of Schools Under 20 tournament.