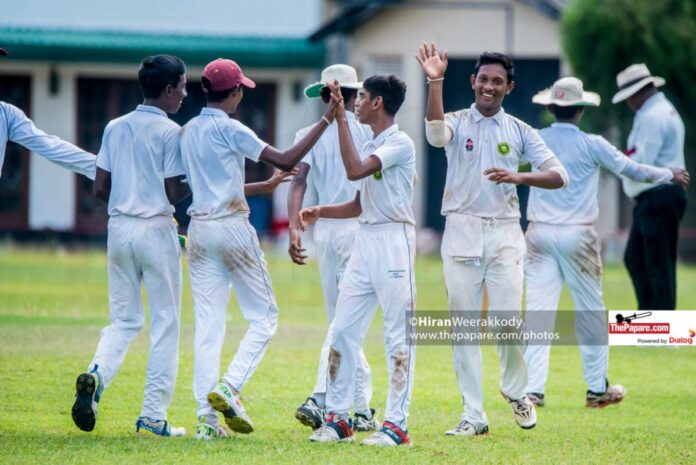 The Schools Under-15 and Under-17 Cricket Tournaments for the year 2022 got underway on the 3rd of January to mark its return after a 2-year drought.

The Sri Lanka Schools Cricket Association (SLSCA) has taken steps to bring back the cricket that the junior cricketers lost for over a couple of years due to the COVID-19 pandemic.

Both the above-mentioned tournaments will be played basically on a friendly basis with no winners in the championship.

The U17 tournament will be played in 2 divisions with Division 1 having 76 teams contesting in 12 groups while Division 2 tournament includes 46 teams from all parts of the country.

This year, the defending U17 champions from 2019, Mahanama College will play in Group B while the runners-up St. Joseph’s College, Colombo is drawn into Group A.

In the U15 arena, 48 teams are competing in division 1 are taking part in 8 groups while division 2 has 56 schools competing in the tournament. 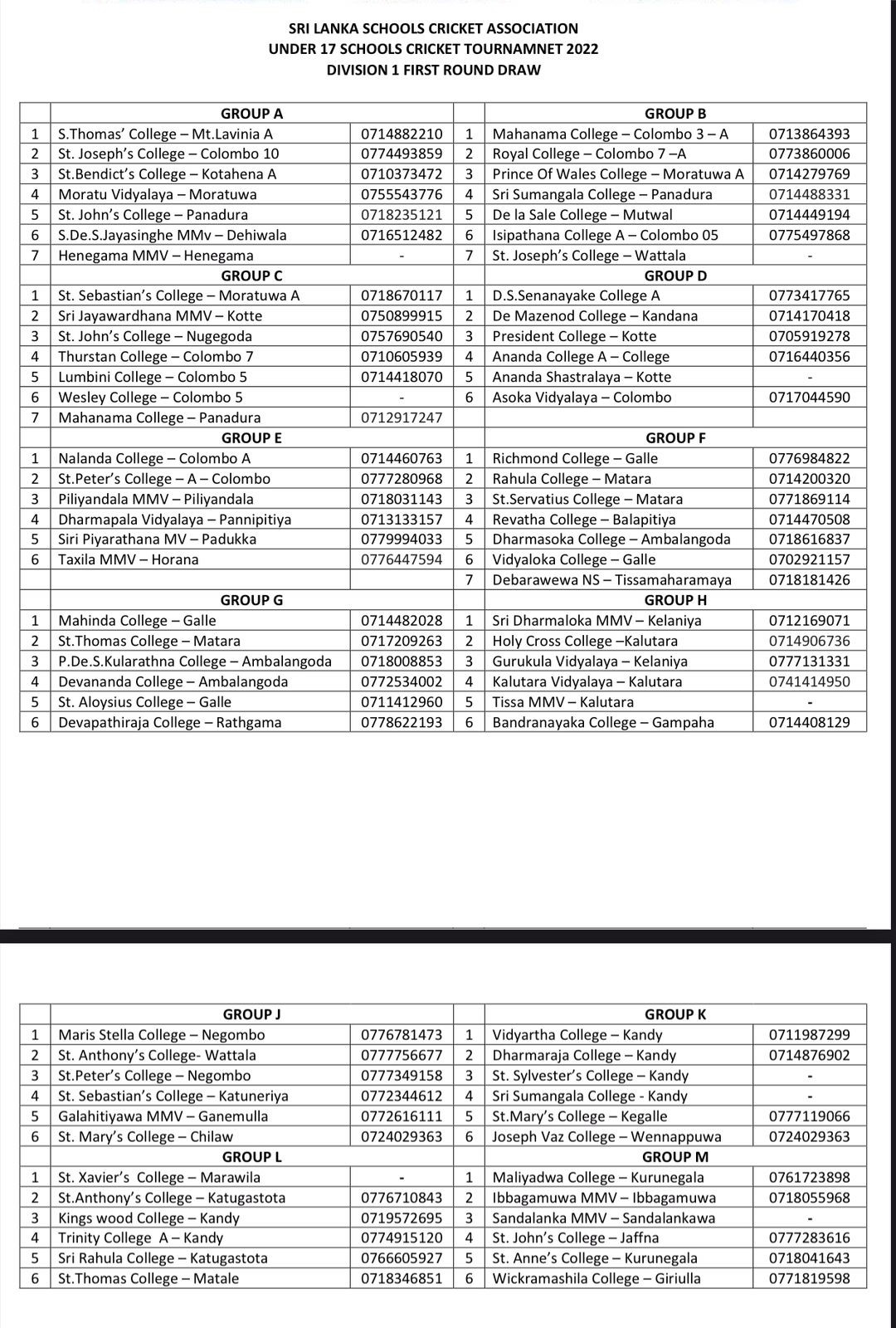 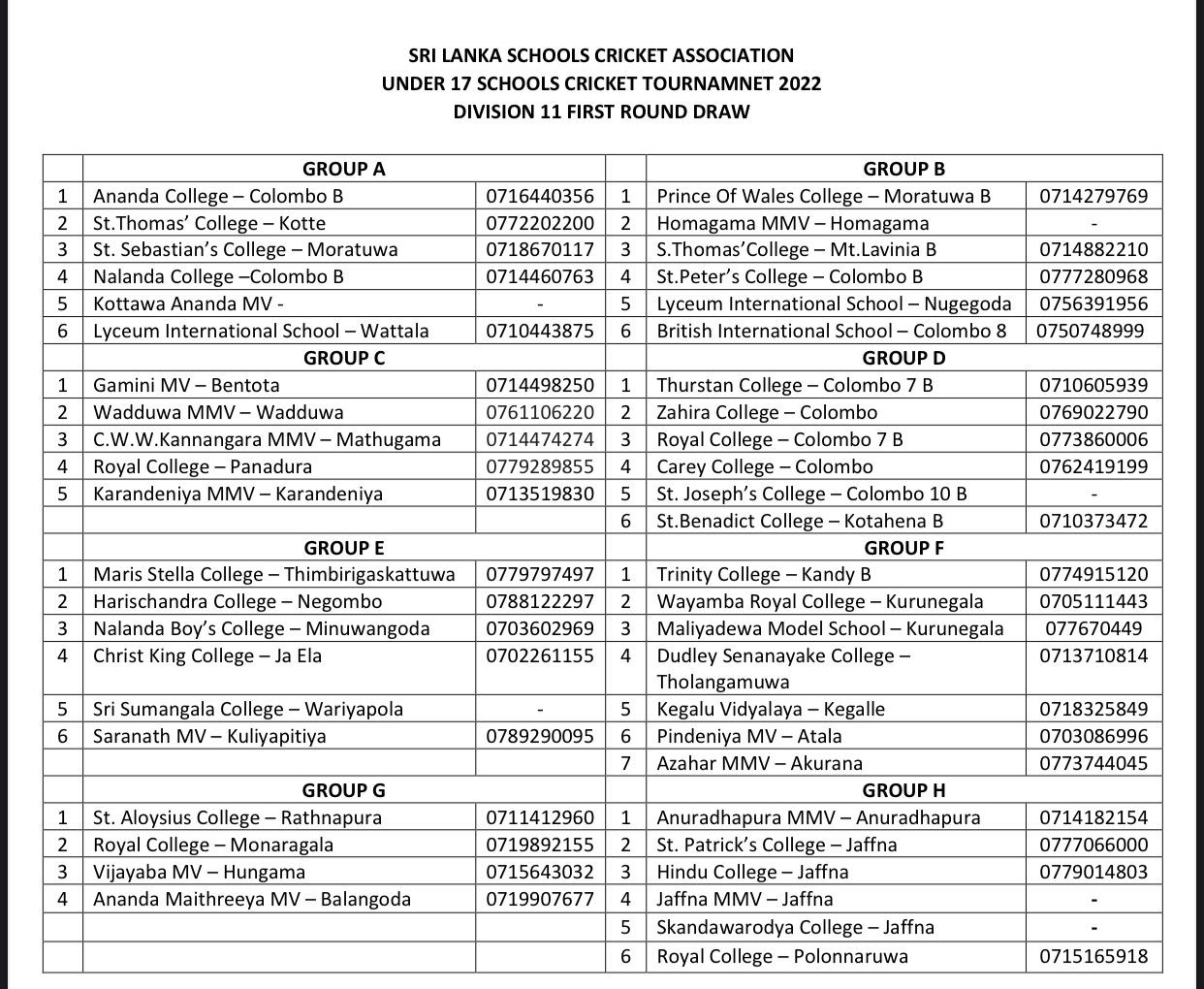 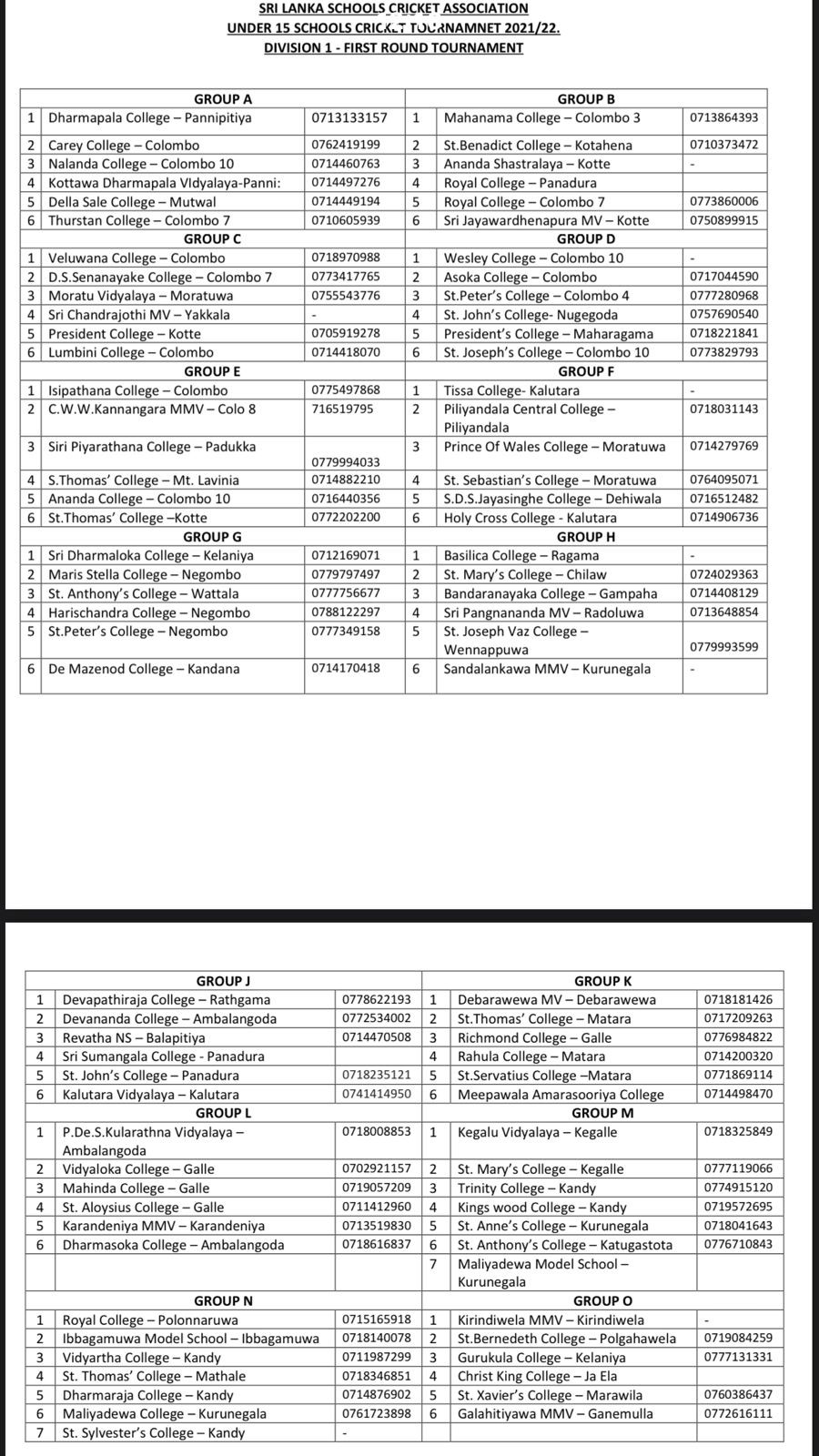 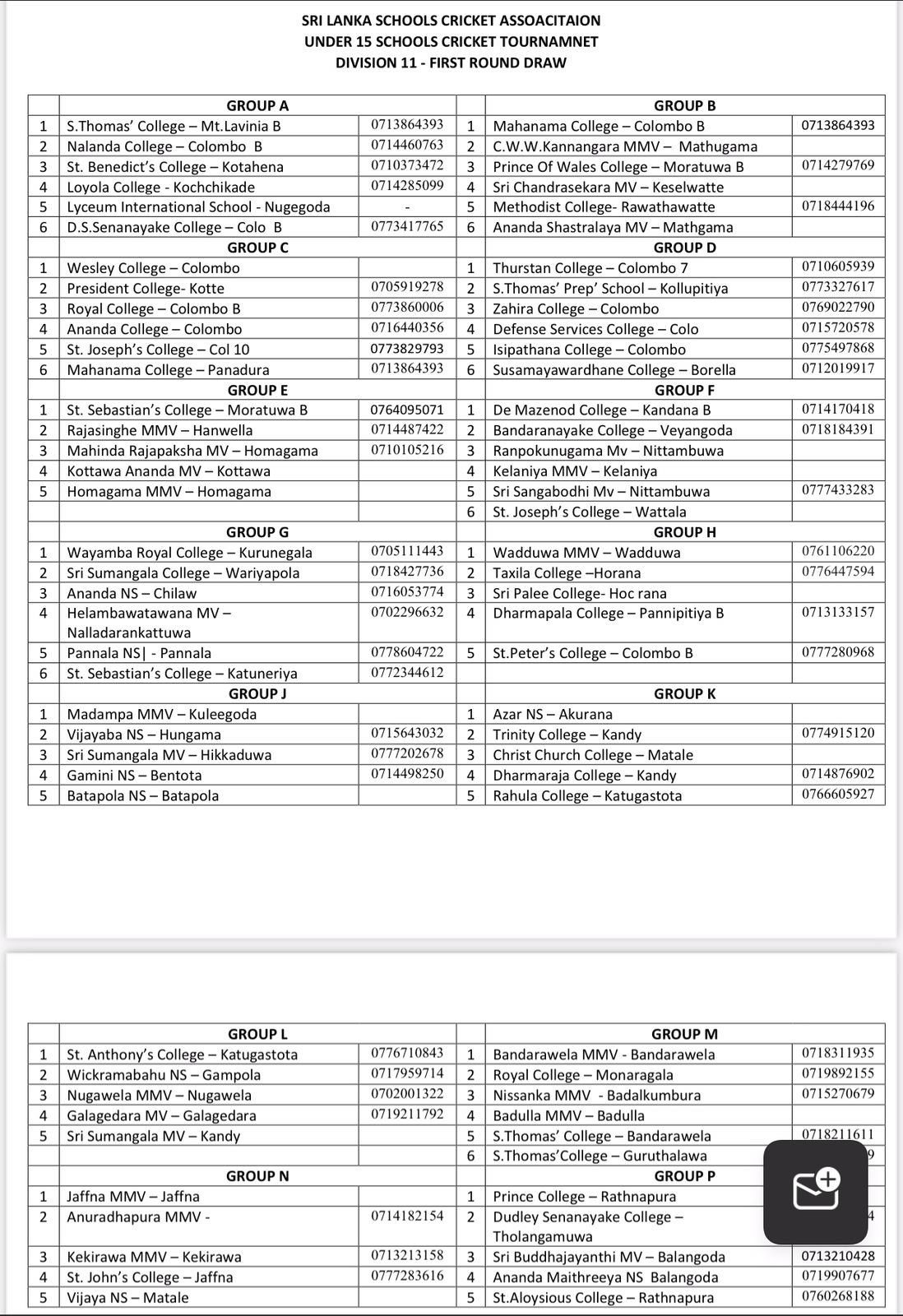