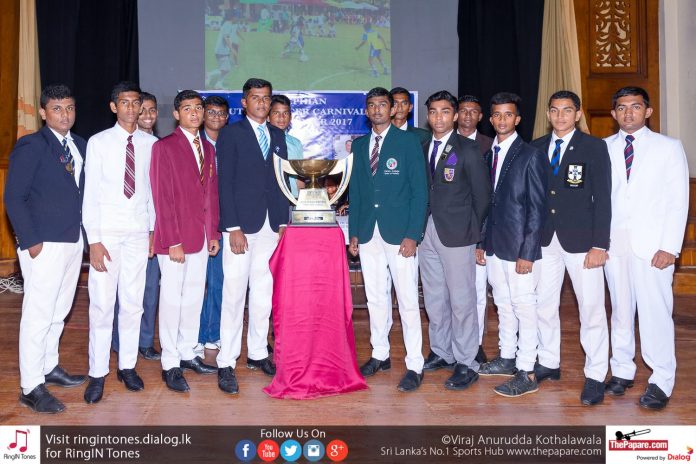 This soccer extravaganza has now turned out to be a very eagerly anticipated calendar event among schools. It is also one of the largest sporting events in the country with more than 2500 students expected to participate in the tournament.

Football has wider reach in schools than other sports and the organizers hope to tap into this potential and give the young talent a stage to showcase their skills.

The tournament will be held for all age groups starting from the Under 9s to all the way up to the Under 19s with a mammoth 2700 players expected to participate. Cup, Shield, Plate, Bowl and Saucer trophies will be awarded in the Under 13, 15, 17 & 19 age groups.

All the participants in the Under 9, 10 & 11 age groups will receive medals with the organizers taking this step to encourage the kids to play the sport as the main focus of this endeavour is the grass root level search for talent.

The main sponsor of the event is Honourable Harin Fernando, Minister of Telecommunications and Digital Infrastructure, an Old Josephian and keen supporter of sporting events at St. Joseph’s College. He will be the Chief Guest for the opening ceremony of the event. Ceylon Biscuits Limited is the gold sponsor of the event with ACL cables being the silver sponsor.