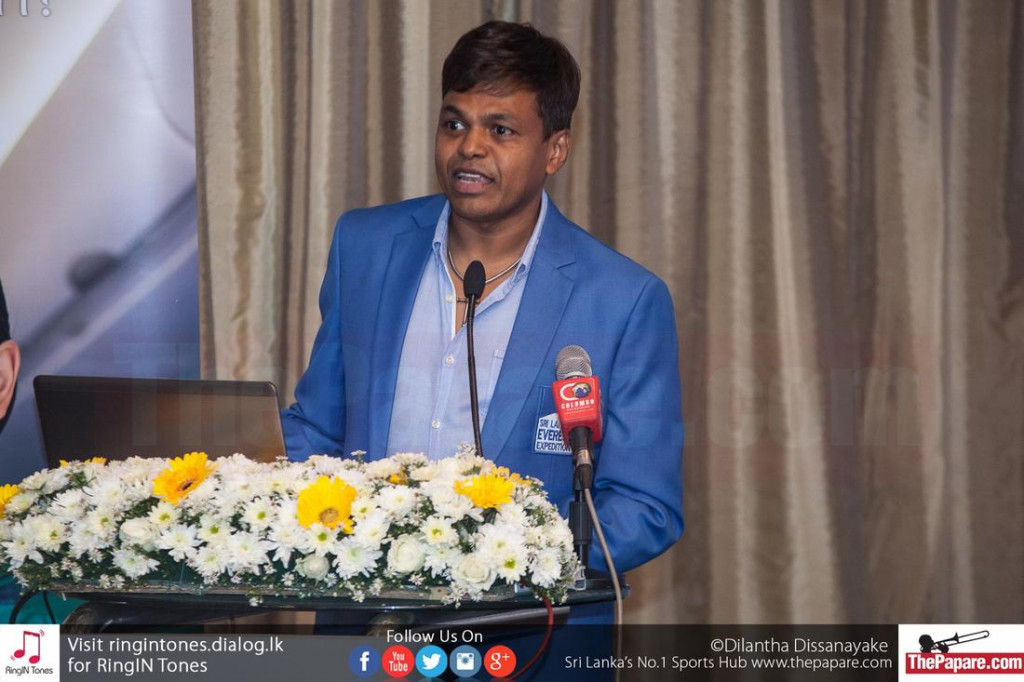 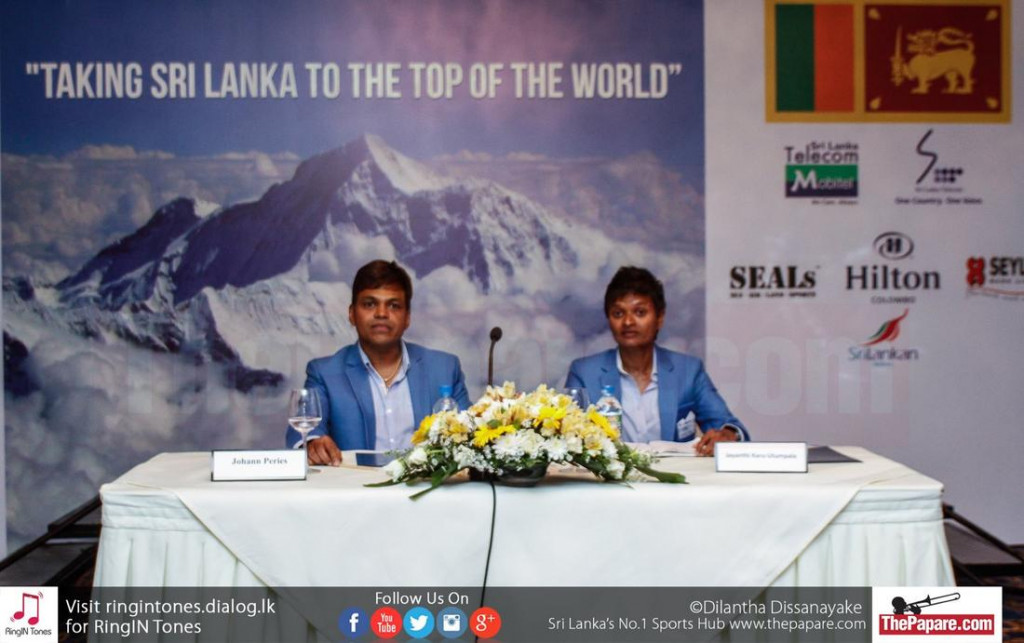 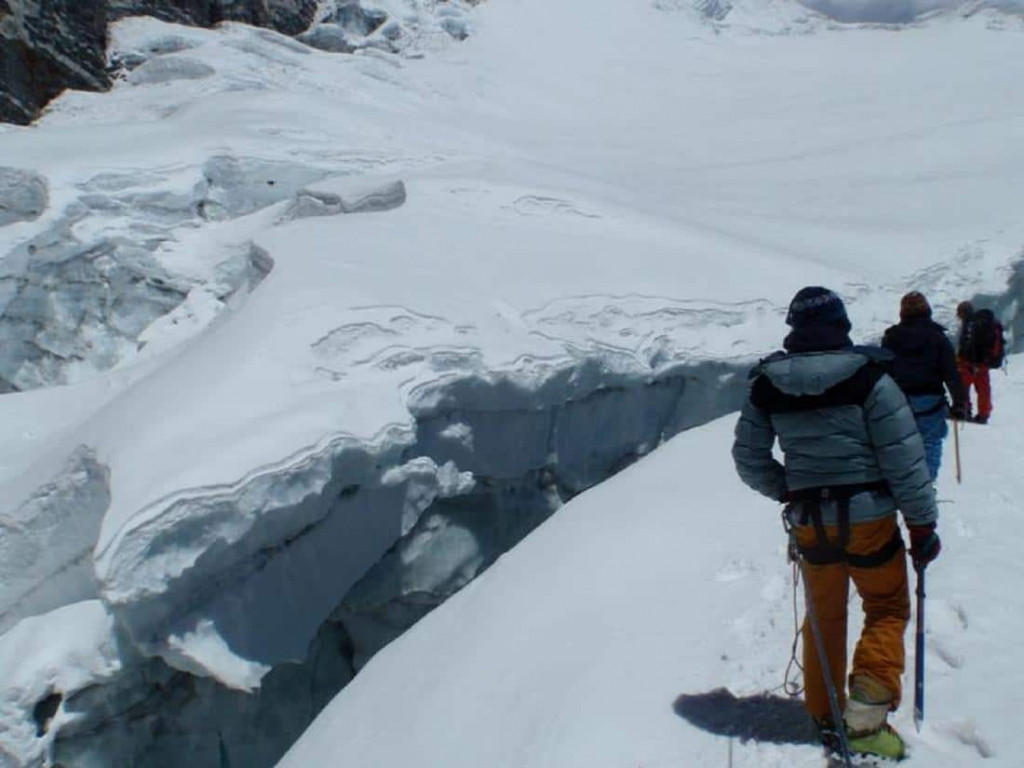 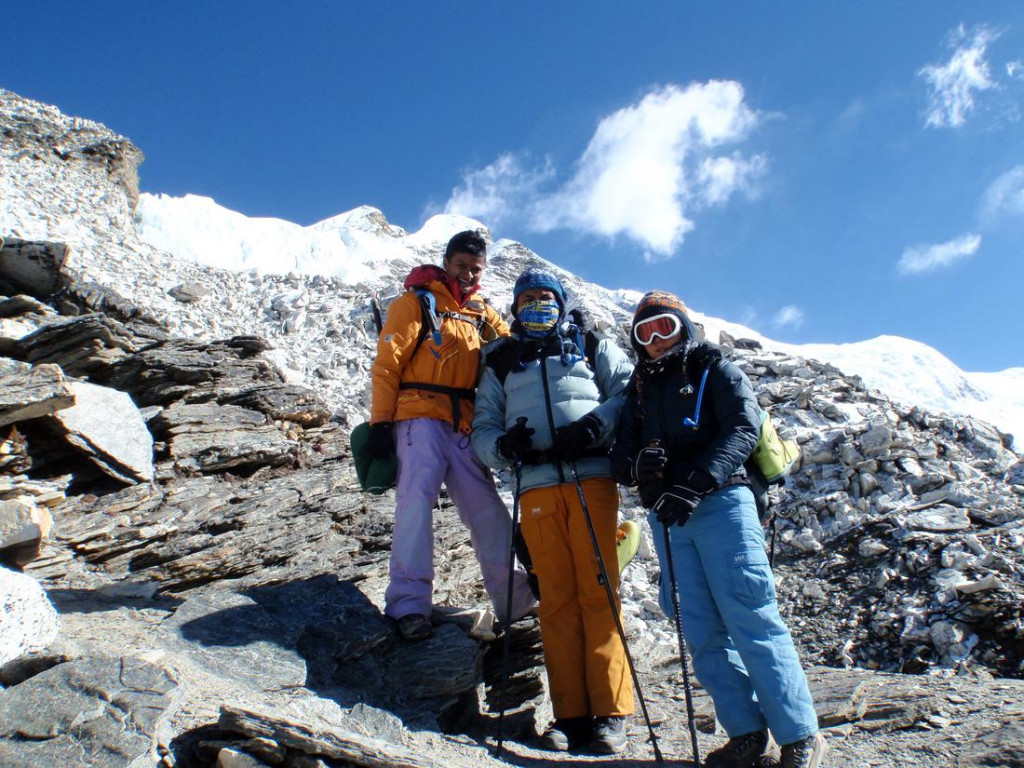 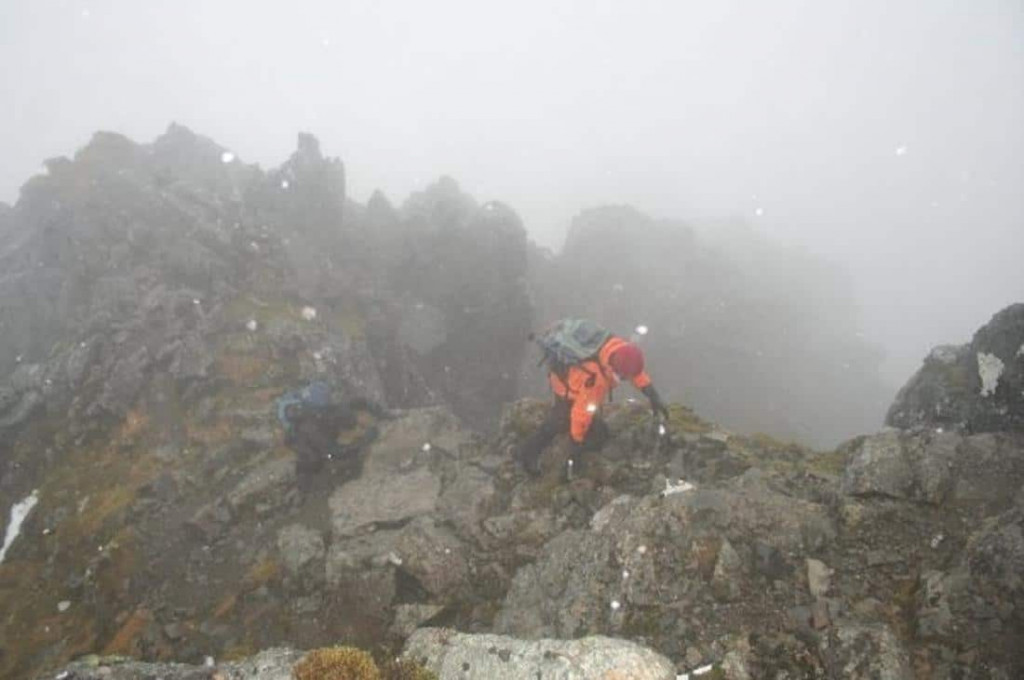 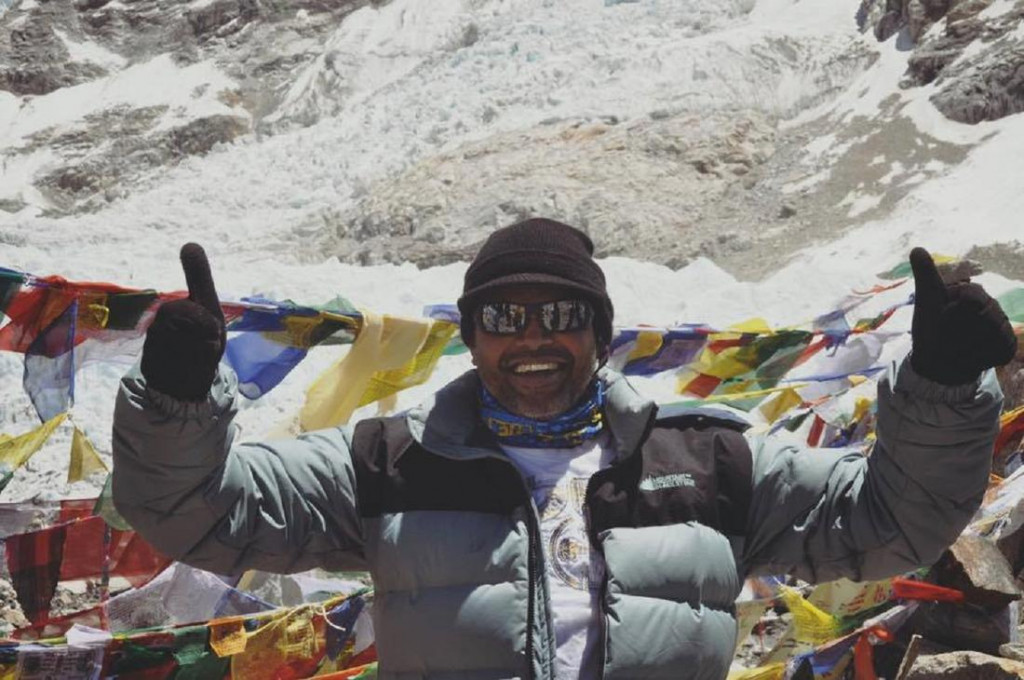 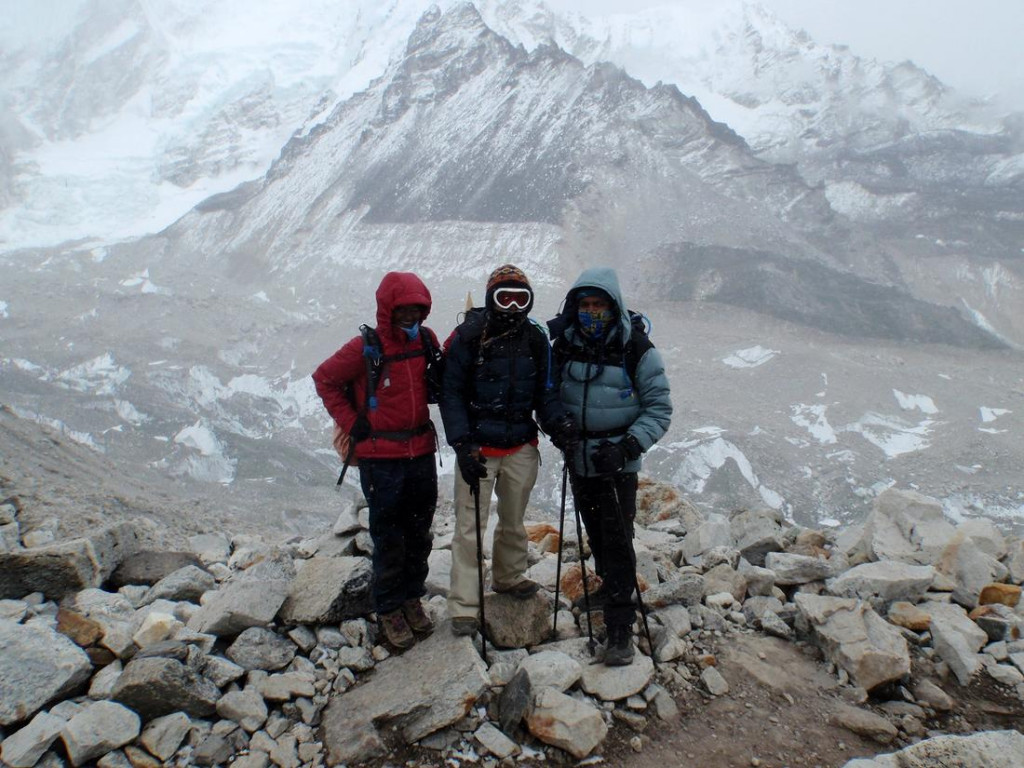 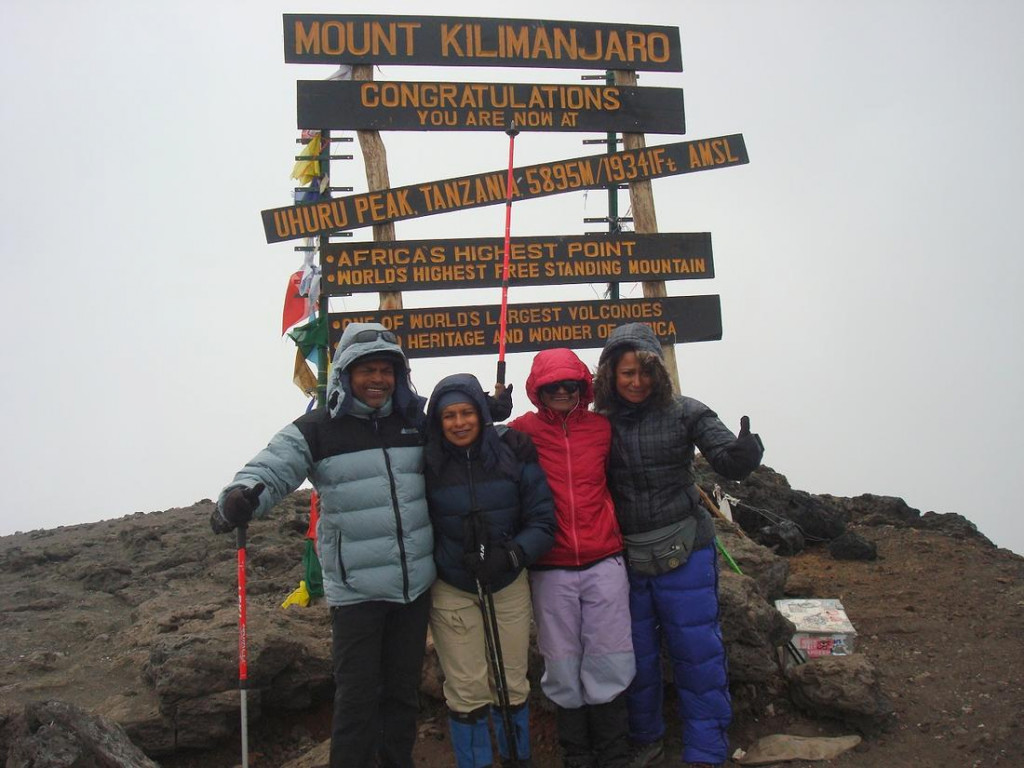 Set to make history for the country, Jayanthi Kuru-Utumpala and Johann Peiris will be the first Sri Lankans to attempt the 8,488m climb to the summit of Mount Everest, in April 2016.

The duo will take Sri Lanka to the top of the world alongside a team led by the International Mountain Guides (IMG), a globally renowned mountaineering company, which has successfully led several expeditions to the summit of Mount Everest over the last 30 years.

A part of the Himalayan mountain range located in Nepal and Tibet, Mount Everest stands as the highest peak in the world. Only a select few have been able to successfully complete the extremely challenging climb to its summit, and the journey to the top is renowned for demanding the highest levels of commitment and endurance from even the most experienced mountaineers.

Jayanthi is a mountaineer and women’s rights advocate, who has been a professional rock climber since 2003, whilst dedicating her time to promoting and uplifting the rights of women across the country.

She has also cultivated her passion for adventure and has gained significant experience as a freelance rock-climbing instructor. She also works regularly with corporate clients, children and small groups as a facilitator of adventure-based activities such as kayaking, white water rafting, canoeing and abseiling.

Recognized as one of Sri Lanka’s best-loved hair designers, Johann is an artiste who is greatly inspired by nature. A hair designer by profession and an adventurer by choice, Johann continues to excel in both these key areas of his life.

He has received global recognition for his work and currently runs three salons, two in Colombo and one in London. The new concepts in bridal design, attire conceptualization and make-up, which he introduced to the local industry, have helped to elevate it to meet international standards of creativity and excellence.

With a love for nature and discovery that was instilled within him by his father, Johann has become an avid explorer whose innate love for the outdoors has taken him on many expeditions around the world.

“Mount Everest represents the wonder and magnificence of nature in its purest form. The high altitudes, the acclimatization process, the freezing temperatures and volatile weather that we will face on every stage of our climb will undoubtedly push us to our very limits,

“We have spent a considerable amount of time preparing and training for this expedition and would like to thank our family, friends and well-wishers who have wholeheartedly supported and encouraged us. We are also grateful for the support we received from His Excellency, the President of Sri Lanka, Maithripala Sirisena and The Honorable Prime Minister of Sri Lanka, Ranil Wickremasinghe.”

Also commenting on the demanding climb ahead, Johann Peiris stated,

“Having climbed several other peaks together, Jayanthi and I are finally going to make our attempt to conquer Everest. This is an expedition that will truly challenge us both physically and mentally but we consider it a great honour to be the first Sri Lankans to attempt the journey to the summit.  Although this will undoubtedly be the most difficult expedition that we will embark on together to date, we are excited to have the opportunity to push ourselves and hopefully make history for our country.”

Jayanthi and Johann’s combined skills and experience strongly complement each other and make them a capable and successful team. Mountaineering is a sport that relies on teamwork, communication and high levels of trust, which they have established since they teamed up in 2011. The duo has extensive mountaineering experience and recently climbed Mount Kilimanjaro (Africa’s highest peak) as well as Island Peak in the Himalayas, which is 6,189m high.

Jayanthi has completed expeditions to Paarl Rocks in Stellenbosch, South Africa and Arneles Mendoza in the Argentinean Andes. She has also climbed the Spanish Pyrenees as well as Ben Nevis, which is the highest peak in England.

Johann regularly climbs the Knuckles mountain range as well as other peaks in Sri Lanka. He made his way to Mount Everest Base Camp in 2010, which is 5,364m high as well as Mount Kalapattar in Nepal, which is 5,644m high. In 2015, he reached the Summit of Mount Kinabalu in Malaysia and he has since then been continuously preparing for the feat of conquering Everest.

On successfully reaching the summit of Mount Everest, Jayanthi and Johann will join a prestigious list of mountaineers who defied the odds to reach the mighty peak.  The duo stand to become the first Sri Lankans to climb all the way to the top of the world’s highest mountain and Jayanthi is in the running to become the first Sri Lankan woman to do so.