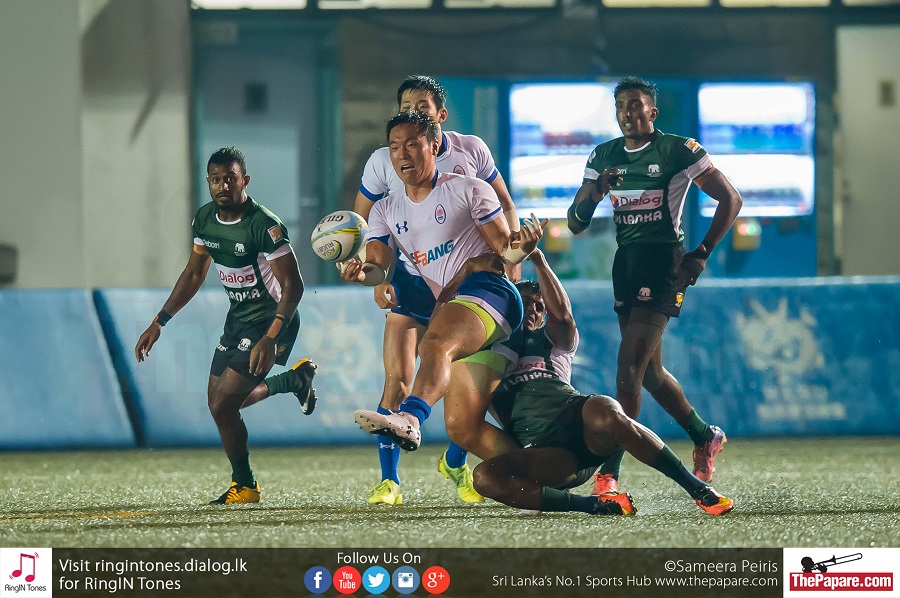 Sri Lanka had to be content with a third-place finish in their group, after going down to a strong South Korea outfit 24-14 in the final pool game of Day 1 at the first leg of the Asia Seven’s Series, played in Hong Kong.

The final game was some sort of a play-off for the second place in Pool B, as both teams entered the fray with one win and one loss each.

The Tuskers were the team that got out of the blocks first and fast as they scored through captain Sudarshana Muthuthantri. He displayed a trademark run through the heart of the Korean defense, stepping past the final man to score.

Korean speedster Yeonsik stepped on the gas after collecting a loose ball to sprint past the Tuskers defense to score as Sri Lanka switched off following their score.

Both teams tried hard to penetrate each other’s defense to no avail as the first half looked certain to end with the scores level.

However, a handling error was the loop hole the Tuskers needed. Sudam Sooriyaarchchi was the first to a Tarinda Ratwatta grubber following the scrum, as the little scrum half pumped his legs to beat the final defender to dot down and take a surprise 7-point lead into halftime.

Sri Lanka seemed to rest on their laurels and Korea pounced, punishing the Tuskers.
.
Yeonsik scored his second of the game after a wonderful passage of play. Close to 30 passed were strung in the phases and it was Yeonsik the beneficiary with the try.

The Tuskers tried with all their might to break the Korean defense but it was to no avail as the white wall of defense held firm.

Next points came off an error from the Tuskers. Chang of Korea was the first to pounce on the loose ball and capitalize.

Yeonsik completed his hat-trick and secured the game with the next try as South Korea tasted victory in the game and with it second place in Pool B.

This worrying signs for the Tuskers will be their inability to deal with the kick off and not having managed points in the second half.
Sri Lanka will now face China in quarter final number four scheduled to be played at 10:36am Sri Lanka time tomorrow.

The Tuskers absolutely demolished a disconsolate Chinese Taipei, running in eight tries to record a score of 52-07 after coming into their second game of the Asia Rugby Sevens Series with a few changes to their line-up.

Sri Lanka’s approach had a bit of fierceness to it coming into this game and it paid due dividends as the Tuskers’ ran riot, sending the Taipei men in circles to record an eight try, 52-07 win.

Sri Lanka started in typical fashion with some quick-paced running rugby and it took just 10 seconds for them to get on the scoreboard as Buddima Piyarathne set up Danush Dayan for their first converted try.

It did not take the Lankans too long to double their lead as Tarinda Ratwatta scored his second try of the series soon after.

Taipei scored their first and only try of the game after stringing some phases and passes together. Neat off-loads added into the equation meant that the Sri Lanka defense was penetrated for the converted try.

From then on it was the Tuskers all the way as two further tries in the first half saw Sri Lanka take a comfortable 19 point lead into the break. 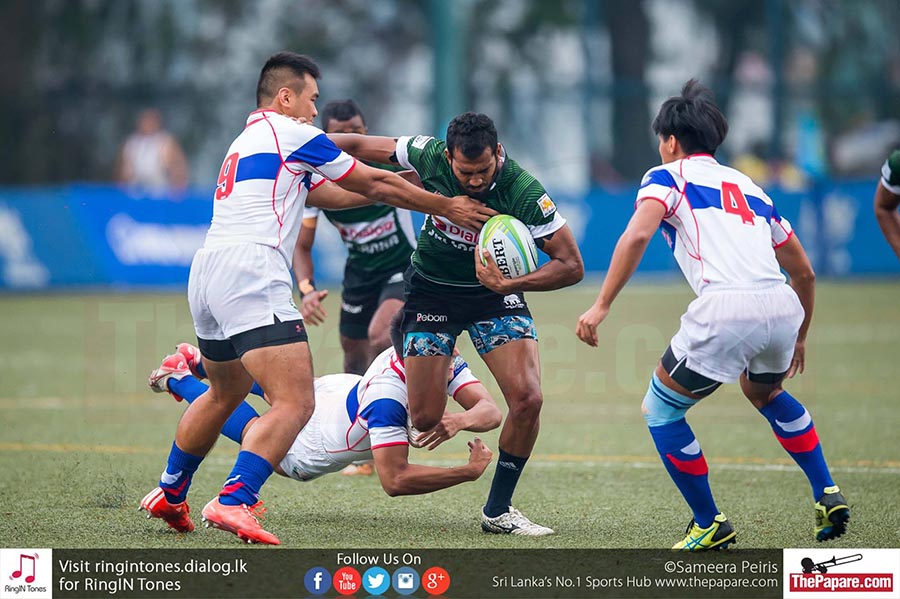 The Tuskers built on the momentum of the 1st half, even though the weather went from bad to worse as the rainfall increased.

Sri Lanka continued to capitalize on the Taipei mistakes and a moment of individual brilliance from Kavindu Perera brought about the Lankan’s first try after the break.

Debutant Naveen Henakankanamage scored his first try of the series as he was the beneficiary of a scrappy loose ball.

CR & FC Winger Kavindu Perera scored soon after, and Naveen’s second of the game meant that the Tuskers went past the elusive fifty-point mark to get their first win on tour.

The Tuskers’ restarts looked much better and with the team in this sort of form, things look promising. They have the chance of ending second in the group if they beat Korea in their next game which is scheduled to kick off at 4.22 local time. 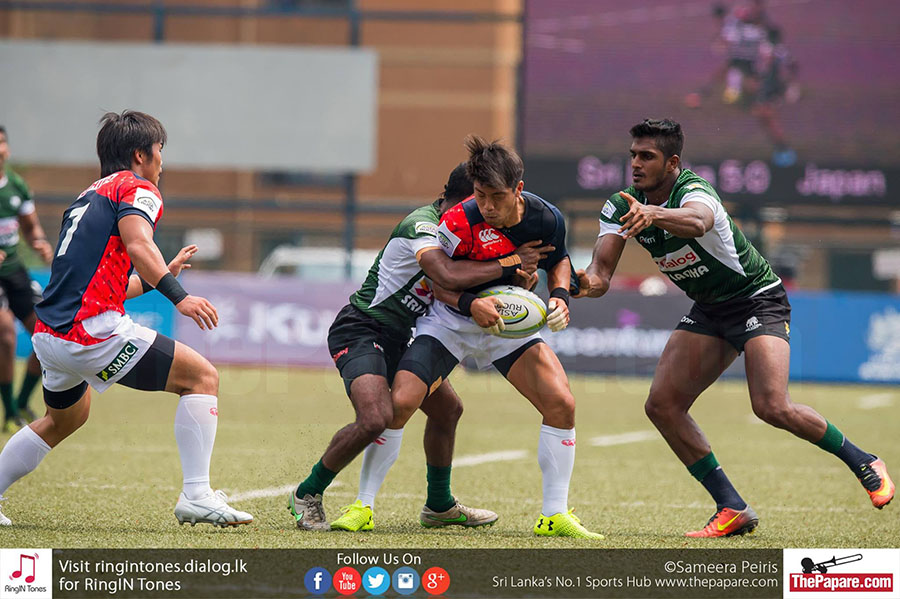 Japan condemned Sri Lanka to a losing start, beating the Lankans 33-05 in the opening fixture of the Asia Rugby Sevens Series 1st Leg, played in Hong Kong a short while ago.

The gulf between the two teams was clear to see as the game progressed, although the Lankans scored first; their only score of the game, through Tarinda Ratwatta, in the early part of the 1st half.

From then on it was all one-way traffic as the Samurai men came to the party, shrugging off the challenge from an under-performing Sri Lanka team.

Sakai set up Japan’s second as the two teams headed into halftime with Sri Lanka trailing by a converted-try.

It took the Japanese just 30 seconds in the second half to score their third try of the game as they started the second half with vigour and showed their superiority. Nakano was the man to dot down as the deficit got that much larger between the two teams.

The Lankan’s kick-off woes continued as they coughed up more than 60% of the restarts.

Japan capitalized, restarting with short kicks and ran in their fourth try.

Japan continued to up their pace in the game as Sri Lanka looked in disarray. Hirantha Perera was at fault for the next score as he rushed up out of the defensive line, Tao-Maxwell capitalized on the overlap to score in the corner on the brink of full time.