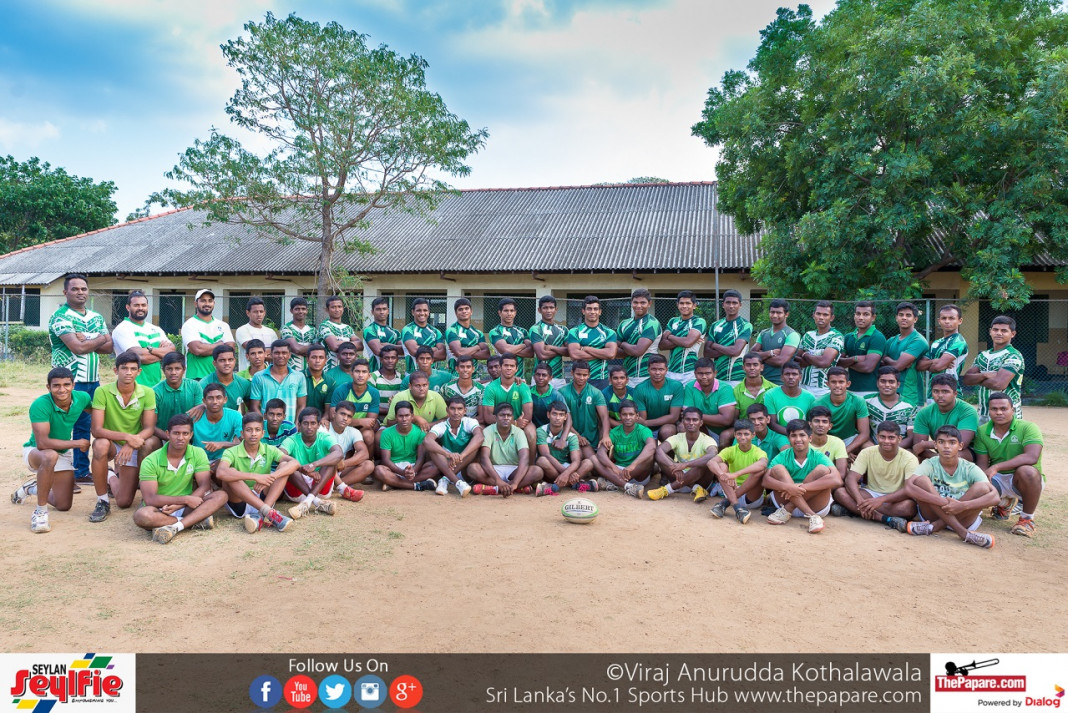 With a relatively new set of players and a new coaching set up, it is a transition period for the defending champions Isipathana but the Havelock town school have set their sights on the title this season too.

Isipathana Rugby may have a history of just 54 years but the ‘Greens’ have carved their name into the history books as one of the most successful teams to grace the sport in the country. Taking up rugby in only 1963, Isipathana who are also known as the “Green Machine” have the honour of being the most decorated Rugby playing school in the island, having racked up a staggering 66 cup championships in the Under 20 segment alone, the most by any school team in the island. The school has also produced the highest number of players to the national grid, with more than 60 players going on to represent the “Tuskers”. Apart from the 7s, Schools League and Knockout Championships, Isipathana plays two annual trophy games against their traditional rivals Thurstan College for the Abdul Jabbar Trophy and against Royal College for the Major Milroy Fernando Trophy.

Having lost 11 players from the star studded 2015 outfit many rugby pundits did not consider Isipathana a realistic threat last season but Kushan Indunil and his team defied all odds and proved critics wrong as they emerged unbeaten League and President’s trophy champions. In addition, the team won the Zahira invitational 7s tournament while Sumudu Rankothge led the team who went on to clinch the inaugural Dialog Super 7s championship. 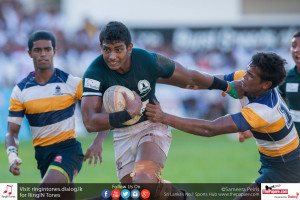 Sumudu Rankothge will lead the Green Machine for the 2017 season. His center combination with last year’s skipper Kushan Indunil proved to be lethal and many dubbed the duo as the best Center pairing of the decade. His performance was richly rewarded with a place in the under 18 national 7s team where he was also appointed as the vice-captain. Playing his 4th year for the Isipathana 1st XV side, it will be interesting to see how Sumudu performs with the added responsibility of leading the team. 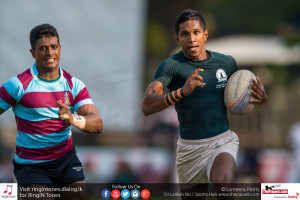 Chamodh Fernando had splendid season last year, scoring many tries while also setting up scoring opportunities for his team mates. Chamodh who is also a 4th year player, is the vice-captain of the side. Playing as a wing three quarter, his runs proved too hot to handle for many opposition defenders and turned out to be a decisive factor in Isipathana’s title wins last year. 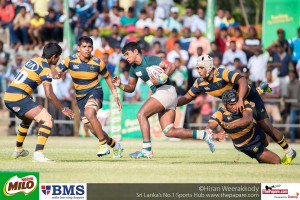 Devin Gunarathne may not have the physique of his elder brother Omalka but he plays his own game, complimenting Isipathana’s famous fast, open style of play. Devin will don the crucial No.08 jersey this season and will have to lead the fairly inexperienced Isipathana forward unit. Just as last year’s No.08 Vageesha Weerasinghe, Devin too is not the biggest No.08’s one would see this season but he surely has the potential to deliver the goods. 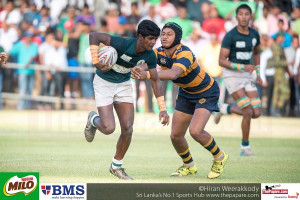 Harith Bandara, the Nippy scrum half is a silent figure and his diminutive presence usually does fool the opposition. Playing as scrum half for the 3rd year, Harith can spark things out of nothing and his performance will be crucial if Isipathana are to defend their titles successfully. Harith, who was named MVP in both the Milo Presidents trophy and Asia Under 18 rugby championships last year will hope to use all the experience he has gained and play a leading role in his final year at Isipathana.

Ex Isipathanian Lasintha De Costa has been appointed as the head coach of the 2017 Isipathana 1st XV Rugby team. The former CR & FC and Sri Lanka cap has been involved with the junior Rugby set up at Isipathana since 2014 and will have the knowledge on how to get the best out of the current squad. Despite this being his 1st assignment with the 1st XV team, Lasintha is confident and ready to take on the challenge that lies ahead. He will be assisted by another Sri Lanka cap, Bilal Hassen who will take control of the forwards and will have a daunting task of molding a battle ready outfit while Benedict Perera will be in charge of the Strength and conditioning aspect of the team. The trio will complete a rather youthful coaching set up at Isipathana this year.  In addition Rizah Mubarak has been given the role of kicking coach to help improve the players with their kicking duties.

“every team will be tough this year, so we will go match by match” Captain – Sumudu Rankothge

“Coaching Isipathana is always a pressure task as we have been champions many times, but i have taken the challenge and we will ply well to defend the title” – Coach – Lasintha De Costa