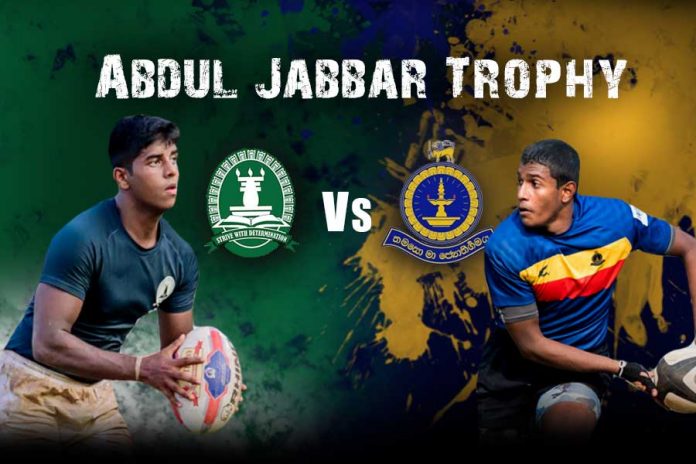 Re-instating the age-old Rugby traditions between Isipathana and Thurstan College, the Abdul Jabbar shield will come alive this weekend as the two schools meet for the 48th occasion.

Thurstan College took up the sport in 1958 while Isipathana was introduced to it 5 years later, in 1963. It was in this year that the two schools faced each other for the first time as Thurstan, led by Deepal Zoysa, came out victorious by a 6-3 margin. The next encounter was played in 1965 where Isipathana, led by Ana Sarnapala, turned things around and came out victorious by 17 points to nil.

In 1967, during the tenures of Principals P M Jayathilake (Thurstan) and Col G W Rajapaksha (Isipathana), the rugby fixture between these two schools was elevated to a trophy game as the teams vied for the Abdul Jabbar Shield.

Since the introduction of the Trophy, the Havelock town school has maintained their supremacy in the encounter, retaining the shield for 36 consecutive years until 2005. Thurstan finally managed to record their first ever victory in the series under the leadership of Shane Aravinda in 2005 as the skipper scored a try to help Thurstan snatch a historic 15-06 victory. Such was Isipathana’s dominance in the encounter over the years that the closest Thurstan had come to winning had been when they managed a draw in 1975.

Since 2005, Isipathana has once again managed to maintain an invincible status against Thurstan, winning every encounter. In fact, the usually closely fought games are slowly turning out to be one-sided contests with Isipathana running away with easy victories over the past few years.

Isipathana, under the captaincy of Devinda Prasad in 2011, won the game by a stunning 70 points to 6 which was, at the time, the highest score in the series. However, in the following year, under Kumendra Dharmadasa, the Pathanians ran riot to record a mammoth 98nil victory. The record was broken yet again in 2015 when Omalka Gunarathna’s Isipathana team registered a smashing 105 points to nil victory.

Read what happened in 2016: Isipathana’s late surge too much for Thurstan

A young Isipathana team versus a determined Thurstan outfit

The Isipathanians, who are fielding a relatively young outfit this year, will be led by Center Manilka Rubeyru. The skipper himself, who is just 17 years of age, has so far managed to guide his team to 4 wins from their 5 games in the Singer Schools Rugby League. Scrum half Chamath Kalhara and fly half Anjana Kulasekara have begun to find their rhythm after a slow start in the league. Deputy skipper Nasran Nilamudeen will be marshaling the forwards which include the likes of Janitha Serasinghe and No.08 Ravindu Anjula who have been impressive so far this season.

Thurstan, who are playing in Division 1B, have had a mixed season so far, having recorded 3 wins and 2 losses from the five games played so far. A good performance this weekend against their rivals will set them in the right frame of mind ahead of the crucial round 2 fixtures.

They now play in the Shield Championship after missing out on the Plate title by just 4 points. 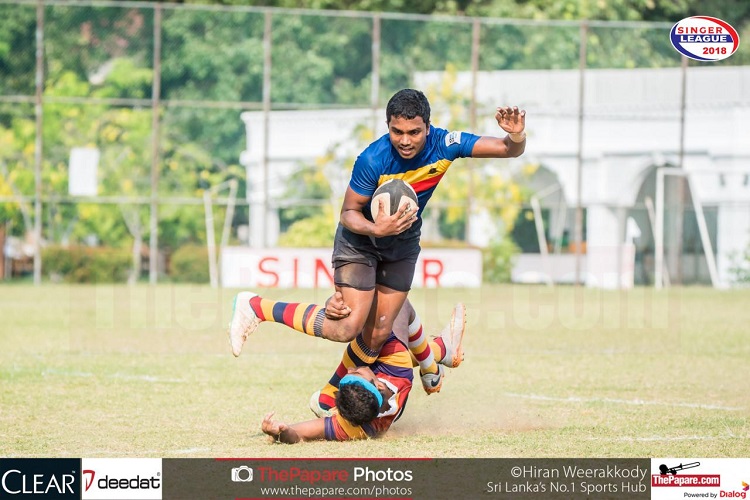 This year Thurstan is coached by former Peterite coach Colin Dinesh and is led by Mohomed Rizkan. Thurstan too poses some skillful players in the likes of Center Kavishka Wanniarachchi, Anajana Hettiarachchi and Tharusha Dharamadasa, who is also their main placekicker.

See how the Thurstan team has performed: Click here

Based on current form, the Isipathana backs should get the upper hand of their opponents while the battle between the forwards should be an interesting affair. Despite featuring a young team, Isipathana will sure to put up a solid performance ahead of their crucial round 2 games while Thurstan, despite playing in Division 1B, will be determined to push their higher ranked rivals to the end.

The scales are tilted highly in favour of an Isipathana win but there is sure to be no shortage of passion and courage from the two brother schools as they take the field with one main objective –  to hold aloft the “Jabbar shield” at the end of the day.

ThePapare will bring you live pictures from the 47th Abdul Jabbar Shield on the 5th of May 2018.