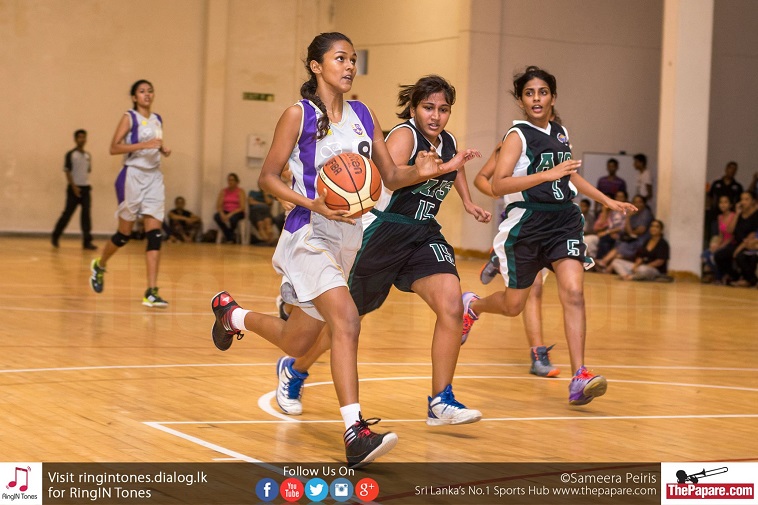 The AIS girls did not have the best of tournaments this time around and they bid adieu as they lost their way to the hosts British School Colombo hosts yesterday.

The girls from British School started off the maiden quarter settling themselves into the game as they scored ten points in no time. AIS, who haven`t been in form throughout the tournament, was only able to score a point off a free throw in the first ten minutes.

Coming into the second quarter, the visitors failed miserably once again as they could not score a single point. In reply the British lasses steeped the opponents in pressure scoring another eight points. They led the game comfortably by seventeen points as the game was called off for the much needed half time break.

The norm is to regroup and bounce back into the game and counter-attack after the ten minute break; but the AIS girls failed to do so. They only managed another point off a free throw in the quarter and it was evident that this game was way beyond the visitor’s reach.

Coming into the final quarter AIS managed another three points as the home girls, playing sans any real pressure, scored nine points and eased into the quarter finals.

The girls from the Colombo International School were always hailed as the favorites to win coming into the tournament this year as they had tons of experience and talent under their belts. The result of the match reflected this as the CIS girls blew their opponents away.

Winning the traditional jump ball start they started dominating the game right from the word go scoring a ten points to their opponent’s zero in the first quarter. They made no mistake in repeating the dominant performance in the second quarter as they added another fourteen points without leaking a single point and stepped into the half time up by twenty four points to nothing.

After giving away twenty four unanswered points in the 1st half it is indeed a tough ask to pave your way back into the game. The Girls from Panadura managed to better their 1st half performance and scored four points in both the third and fourth quarters.

With no time remaining on the clock and above all no proper game plan the Lyceum lasses were forced to accept a humiliating defeat.

Who will win the east?