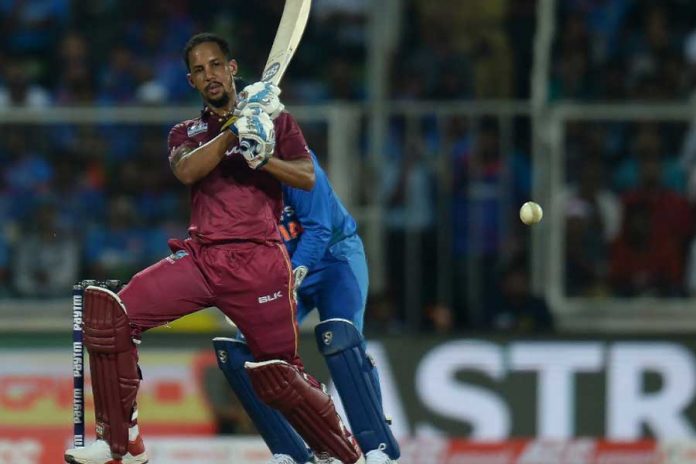 Opener Lendl Simmons struck an attacking 67 to lead the West Indies to a series-levelling eight-wicket win over India in the second Twenty20 international on Sunday.

Simmons put on crucial partnerships including a 73-run opening stand with Evin Lewis, who made 40, as West Indies chased down 171 in 18.3 overs to level the three-match series at 1-1 in Thiruvananthapuram.

Simmons survived a dropped catch on six by Washington Sundar to complete his sixth T20 fifty and anchor the chase after their bowlers limited the hosts to 170 for seven.

He found support in wicketkeeper-batsman Nicholas Pooran, who hit the winning boundary to finish unbeaten on 38 off 18 balls after returning to the side following his four-match ban for ball tampering.

“To be able to restrict India to 170 after my expensive over, it was fantastic,” said West Indies skipper Kieron Pollard.

“The way we batted, we had discussed how to approach the game, and the boys played it well. We have some guys who have done well from the CPL (Caribbean Premier League T20), and we are excited for them.”

Simmons, who hit four fours and four sixes in his 45-ball knock, and the left-handed Pooran put on 61 runs to flatten the Indian bowling that was let down by some sloppy fielding.

Indian seamer Bhuvneshwar Kumar was on the receiving end of two spills. After Simmons was put down, Lewis earned a reprieve on 16 following a drop by wicketkeeper Rishabh Pant.

Skipper Virat Kohli remained the exception with a sensational catch to get rid of Shimron Hetmyer, for 23, as his bid to hit a third successive six off Ravindra Jadeja brought his downfall.

Kohli covered good ground while running from long on to catch the ball and maintained control after taking a tumble as his sliding body stayed inside the rope.

The Indian batting depended on Shivam Dube’s 54 off 30 balls and an unbeaten 33 from Pant to post a competitive total after being put into bat first.

India lost their openers with the score on 56 but the left-handed Dube, promoted to number three in the batting order, counter attacked with three fours and four sixes.

“Shivam’s knock helped us reach 170. To be honest, West Indies bowled cutters and their change of pace did not help us,” said Kohli.

“But if we field so poorly, no amount of runs will be enough.”

Kohli mistimed a cut to be caught at short third man for 19 off Williams but only after edging past Rohit Sharma as the world’s most prolific T20 scorer with 2,563 runs.

Both Kohli and Sharma (2,562 runs) are locked in a battle of supremacy as the top run-getter in the shortest format.

The third and final match is in Mumbai on Wednesday.

Dion Myers to lead Zimbabwe at the Under-19 World Cup

Video – ‘Big first-innings scores will be important to win in...