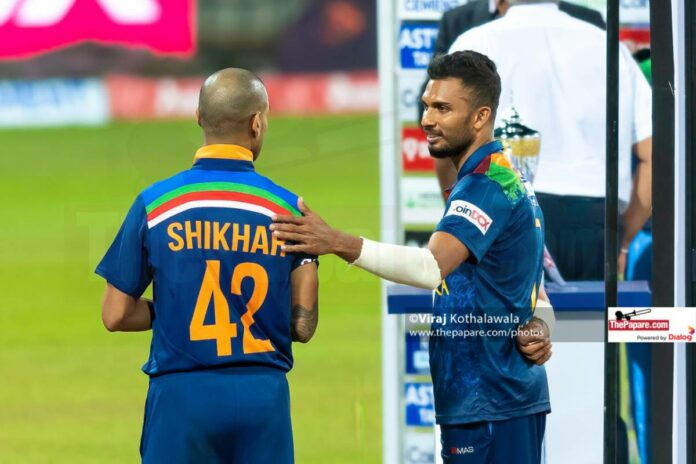 There’s a misconception among young Sri Lankan cricket fans that Indian cricket has done more harm for the sport than good. The truth is far from it.

The Board of Control for Cricket in India has been a true friend, helping their Sri Lankan counterparts, at times going out of their way. The latest example is Rahul Dravid agreeing to continue a tour after being reduced to bear minimum when COVID hit the Indian squad last year in Colombo. Had that series been called off, SLC would have suffered massive financial losses.

SLC has several sources of income. The key ones are ICC grants, sponsorships and television revenue. Of all these sources, a cricket tour by India provides them the most revenue. It is estimated that cricket tours by India form around 60 percent of SLC’s wealth. To their credit, India have hardly said no when SLC has felt the pinch. They have been ever ready to bail the local board out.

Of course, BCCI has used these tours as a means to make SLC fall in line. But looking at the larger picture, these revenues have enabled SLC to invest heavily on developing the game, afford the best of coaching staff and much more.

Cricketing relations between the two countries stretch a long way back. The Gopalan Trophy was one of the key competitions to look forward to for Sri Lankans in the pre Test era. There were also unofficial Tests and the famous one in 1964 in Ahmedabad when Ceylon beat a star studded Indian side captained by Tiger Pataudi. The Ceylonese skipper in that game was living legend Michael Tissera.

It was this win that prompted India to back Sri Lanka for Test status. Together with India another staunch supporter of Sri Lanka’s case for Test status was Abdul Hafeez Kardar, who had played Test cricket for India before partition and went onto become Pakistan’s first Test captain.

Naturally India and Pakistan proposed and seconded Sri Lanka’s case for Test status but Australia and England, the founding members of the ICC with their veto power would kill it. Eventually, when Sri Lanka was successful in gaining Test status in 1981, Pakistan were the first team to host them in an away series followed by the Indians.

The MRF Pace Academy based in Madras has been a godsend for Sri Lankan quicks as many of them from Chaminda Vaas to Dulip Liyanage have undergone extensive training there. Can there be a better mentor for fast bowlers than Dennis Lillee, who was running the academy.

India’s biggest backing to Sri Lanka came during the 1996 World Cup with Australia and West Indies wanting to pull out from their World Cup games due to security reasons. Jagmohan Dalmiya was not yet the President of the Indian Board, but as the head of the World Cup organizing committee and President of powerful Bengal Cricket Association he was a key figure in international cricket.

It is a little known fact that Sri Lanka were in fact told to play the games in India. When they refused,  they were threatened that they will have to concede points to the two teams who were not willing to play in Colombo. Eventually a settlement was reached that the points will be split. However, the persevering Sri Lankan board chief Ana Punchihewa convinced Dalmiya that his team was getting a raw deal.

Then Dalmiya intervened. First he promised both teams to be airlifted from Madras to Colombo on the day of the game and flown back to India on the same day. The status quo remained. Then he hastily put up a joint India – Pakistan team to play a friendly game in Colombo to prove that security in Sri Lanka for cricket teams wasn’t an issue. He did break a few rules in between as sponsors Wills had a clear agreement that two weeks prior to the World Cup there should be no cricket whatsoever. But Dalmiya had several tricks up his sleeve. Once it was proved that security in Colombo was fine, Australia and West Indies had Hobson’s choice. Dalmiya told them in no uncertain terms to honour their commitments or lose points. They didn’t budge and as a result had to suffer.

In recent times, while certain boards have been fussy to play in outstation venues like Dambulla and Hambantota, India have happily gone to those venues and played. At one point, M.S. Dhoni’s side spent almost a month in Dambulla without any complaints. India’s 24 Test appearances in Sri Lanka is a joint highest along with that of Pakistan’s.

There have been some concerns at times that SLC has become a cat’s paw of BCCI. The fact of the matter is that crossing India’s path is a futile exercise. After all when England and Australia have fallen in line accepting the inevitable, SLC has little hope to go against India. Not a bad deal as India have never harmed Sri Lankan interests.