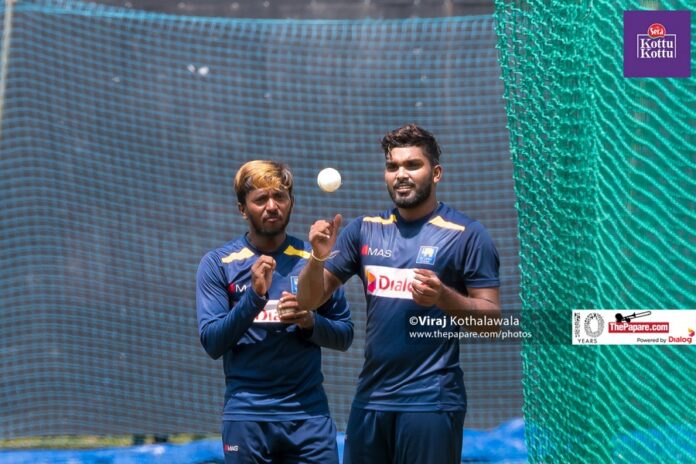 We have spent lot of time analyzing Sri Lanka’s squad named for the World Cup but all of that seems to be of little use as there was confirmation last night from Sri Lanka Cricket’s hierarchy that they will be waiting for literally the last minute to finalize the squad.

Teams have submitted World Cup squads to the ICC, but they have time till Saturday night (9th October) to make changes. That night Sri Lanka will be playing Oman in the second T-20 and it looks like they will make changes to the initial squad.

There’s speculation about India making some changes to their World Cup squad and that’s because their players are engaging in the world’s most competitive cricket league at the moment.

Sri Lanka seem to have taken a leaf out of India’s book and beyond, stretching it to the last minute. It makes no sense for the simple reason that an opposition like Oman is not what you want to judge your players on.

Moreover, it’s counterproductive as the move only adds to insecurity and mistrust and players are constantly under pressure. You could sense that in Pathum Nissanka, who opened the batting on Thursday.

There’s no harm in stretching the time limit you are given, one may call. But you get the feeling that with a young squad, you would have been better off picking the players early and helping them enhance their game with the assurance that their spot is secured.

The nine backup players who were named should have only served the purpose of net bowlers in these days of bio-secure bubbles or come in as injury replacements.

Avishka Fernando batting at number four on Thursday was another factor that took you by surprise. Already Sri Lanka are struggling to make use of Powerplays, not scoring enough during the field restrictions. To not have the team’s cleanest striker of the cricket ball at the top of the order is confusing. Apparently, the move was a one off and Avishka will move back to top of the order, it seems.

Five years later, when they won the event, beating India in the final, the only exception was Sanath Jayasuriya who had been replaced by Kusal Janith Perera; a like for like replacement.

Sri Lanka will be relieved that skipper Dasun Shanaka has fired. He was going through an extended lean patch and to have your captain firing on all cylinders helps. Playing the finisher’s role, Dasun’s big hitting is extremely crucial in the death overs.

Sri Lanka will definitely be under pressure heading into the Round 1 of the World Cup. The reason being that everyone expects them to qualify for the Super 12s and they know that in the T20 format, the margin for error is minimum. The fact that against a not so clever Omani side they managed just a 19 run win is some cause for concern.

However, when Kusal Janith Perera, Dushmantha Chameera and Wanindu Hasaranga return to the side, Sri Lanka will look a much more formidable team than what they do now. Teams like Ireland, Netherlands and Namibia may struggle against Hasaranga, having not seen too much of him. He will be Sri Lanka’s key in their efforts to qualify, more than Chameera as conditions will be sluggish.

All in all, Sri Lanka’s bowling looks to be pretty handy and it’s the batting that has raised questions; they need to decide who their top four batters are going to be. KJP and Avishka qualify automatically and it remains to be seen who the other two batters the team management will back.

Read more -Need to stop the exodus of talent

Former captain Mahela Jayawardene joining the squad as a consultant will help the team for sure. The T20 format is rapidly evolving and it will be interesting to see what a person of the caliber of MJ brings to the table. The players have so much to learn from a coach who has made a huge impact in the shortest format in the game in franchise cricket.

It seems already MJ had passed on a few tips on some of the areas that players need to work on and such a well planned approach is certainly a good sign given the challenges the team has faced over the years when it comes to preparation. As they say, well prepared is half done.

Not many agree with the youth policy the Selectors embarked on in May. Things have not gone to plan, particularly because three players on whom the team depended heavily were suspended. Mickey Arthur the other day admitted that not having Danushka Gunathilaka, Kusal Mendis and Niroshan Dickwella was a bitter pill to swallow and it put the team back to square one.

So these are extremely testing times and the fans need to stay patient hoping that good days are not too far ahead.