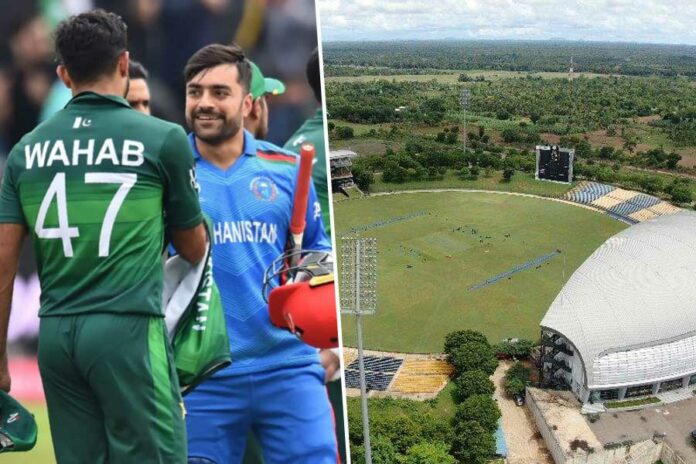 The 3-match ODI series between Afghanistan and Pakistan which was scheduled to be played in the UAE, has been shifted to Mahinda Rajapaksa International Cricket Stadium, Hambantota in Sri Lanka.

The first bilateral contest between Pakistan and Afghanistan was originally planned to be hosted in the UAE from 1st of September to the 5th of September, but due to the unavailability of venues in the UAE due to the second leg of the IPL 2021, the authorities from both countries have decided to shift the series to Sri Lanka.

The ODI series between Pakistan and Afghanistan is part of the ICC Cricket World Cup ODI Super League, and 30 crucial points are up for grab for both teams during the 3-match series. Pakistan is currently ranked in 5th place in Super League standings, while Afghanistan sits at 8th place.

This is not the first time that the Hambantota stadium will host an international match as a neutral venue, as it has previously hosted Pakistan and Kenya in an ODI match during the 2011 ODI Cricket World Cup held in the subcontinent.