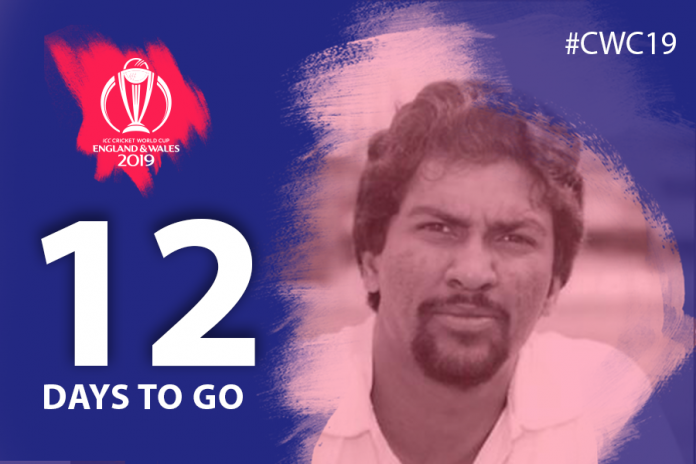 The late Guy De Alwis wore many hats for Sri Lankan cricket and left an indelible mark in the sport before his untimely death aged 52. The enigmatic wicketkeeper batsman lost his battle with cancer six years ago but his contributions to the game as a player, coach, selector and administrator is well remembered by fans.

De Alwis, a product of S. Thomas’ College had a keen tussle with the likes of Amal Silva and Brendon Kuruppu for the team’s wicketkeeper role throughout his career. While Kuruppu and Silva were superior batsmen, De Alwis was a better wicketkeeper; that was the general consensus.

For the 1983 World Cup, he was picked as the first-choice wicketkeeper although Brendon Kuruppu too was part of the squad. Both played all six games of the World Cup but Brendon was in as an opening batsman while De Alwis batted in the lower middle order.

He topped the batting averages for Sri Lanka in that competition. After six games, De Alwis averaged 55 while no other Sri Lankan crossed the 40 mark. A hard-hitting batsman, he made two unbeaten half-centuries in the competition.

Against Pakistan in the Welsh city of Swansea, De Alwis, who was batting at number nine, smashed an unbeaten 59 off just 56 deliveries with five fours and a six.

Two days later, England were at the receiving end as he made another unbeaten half-century. This time promoted to number eight, he scored 58 in 51 deliveries with six fours and one six before running out of partners. Those two back to back half-centuries were the only 50s that De Alwis managed to score in his 31-match career.

De Alwis was also the coach of Sri Lanka’s women’s team. However, it was during his tenure as Chairman of Selectors in 2002-2003 that he rose to prominence. He was instrumental in recalling Aravinda de Silva and Hashan Tillakratne for the 2003 World Cup although both players had been dropped from the side after the disastrous 1999 campaign.

De Alwis attracted quite a bit of criticism for those selections as observers argued that Sri Lanka were moving backwards. However, those decisions were made after considerable deliberations. It appeared that Sri Lanka’s young team was struggling in crunch situations and both Head Coach Dav Whatmore and captain Sanath Jayasuriya agreed that the presence of Aravinda and Hashan will help the team.

A balance of youth and experience stood Sri Lanka in good stead as they went onto reach the semi-finals of the 2003 World Cup. Being the selector on tour, De Alwis refused to drop Mahela Jayawardene, who had a wretched competition, making just 21 runs despite playing all nine games. The Chairman of Selectors was of the view that a big score was just around the corner for the 25-year-old, but it never came as Mahela didn’t manage to reach double figures in the competition.

At times his decisions were never popular but practical. Bangladesh were in the island in 2002 and after Sanath Jayasuriya’s side smashed the minnows in the first Test at P. Sara Oval, De Alwis decided to rest all seniors and give some young players an opportunity.

The decision didn’t go down too well with senior players, but De Alwis had his way and for the second Test at SSC handed three players their debuts. Sri Lanka virtually played a second string side with Jayasuriya and Hashan Tillakaratne being the only two experienced players. As for Jayasuriya, he was forced to bat in the middle order saying that some young openers needed to be groomed. People at times disagreed with his decisions but respected his cricket acumen. He is dearly missed. British poet John Donne had sound reason when he wrote, ‘good people die young.’