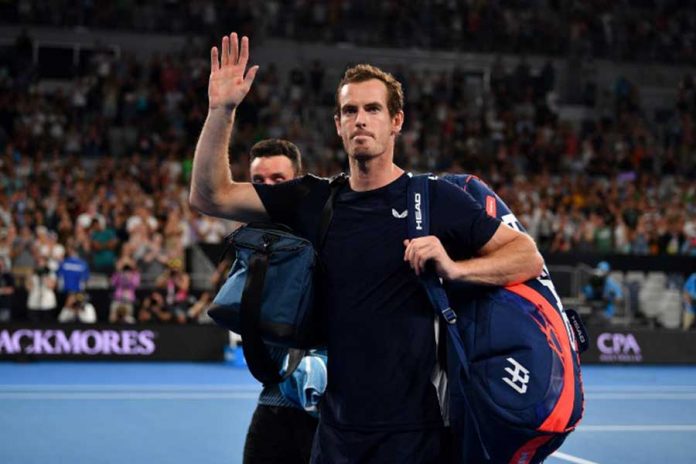 The Scot, who said he will retire this season because of chronic hip pain, seemed finished at two sets and a break down to the 22nd seeded Spaniard in the first round but somehow battled back to force a fifth set.

“Amazing. That was incredible, thank you so so much to everyone that came out tonight,” Murray said after being swept along on a wave of vociferous support.

“Honestly I’ve loved playing here over the years. If this was my last match, an amazing way to end. I gave everything I had and it wasn’t enough tonight.”

Murray announced at an emotional press conference on Friday that he would retire at Wimbledon this year, but conceded the Australian Open could be his last tournament, so great have been his injury problems.

But he seemed to have a change of heart after a match in which he showed his fighting spirit had not been diminished.

“I’ll do everything possible to try. If I want to go again I’ll need to have a big operation which there’s no guarantees I’ll come back from. But I’ll give it my best shot.”

Murray had entered the packed Melbourne Arena to a huge ovation as Scottish Saltires and British Union flags were flown while one banner proclaimed: “There will only ever be one Andy Murray”.

The outpouring of support seemed to lift him and despite grimacing with pain after some rallies he was nevertheless moving relatively freely as the Spaniard took the opening set in 50 minutes.

The in-form Bautista Agut had beaten world number one Novak Djokovic on his way to winning the Qatar Open at the start of the month and he broke again for 4-2 in the second as a hampered Murray began to struggle.

But Murray would not lie down. Watched by mum Judy Murray and brother Jamie he pulled off some vintage magic to win the opening point of the third set with an outrageous half-volley lob over the advancing Spaniard, followed by a deft drop-volley winner at the net.

Bautista Agut broke for 2-1 and just as the end looked like it would come quickly, Murray dug deep and had the crowd on their feet after a winner down the line at the end of long rally to break back.

“Right, let’s go,” Murray shouted and held to love with an searing ace to nudge ahead 3-2 and bring another mighty roar from the crowd.

Murray forced a tiebreak and was never behind, securing it 7-5 with a scream of “come on” and a huge fist pump.

Suddenly the comeback was on.

The fourth set went with serve and Murray again prevailed in a tie-break on the fourth of his five set points — but not before being interrupted as he served to stay in the match at 5-6 by fireworks going off at the nearby Melbourne Cricket Ground.

Once Bautista Agut broke in the fifth, Murray’s resolve finally crumbled and the Spaniard took it 6-2. He will face unseeded Australian John Millman in the second round.