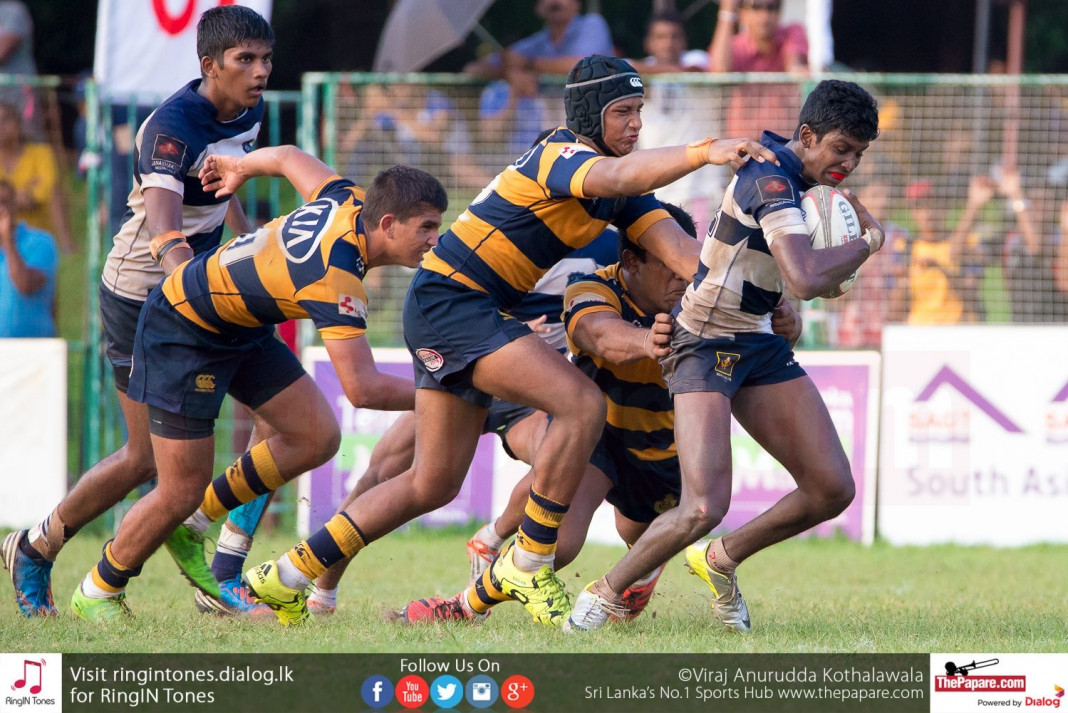 Prolific Josephian back division player Gemunu Chethiya will captain the under 18 Sevens contingent that will leave for the Bahamas for the Commonwealth Youth Games that is set to commence on the 17th of July.

The Commonwealth Youth Games is a multi-sport event held under the Commonwealth Games Federation and is held every four years. This year’s games are set to take place in Nassau, Bahamans and Sri Lanka’s under 18 Sevens triumph last year in Chinese Taipei gave them the qualification berth to the Youth Games this year.

The last time a Sri Lanka rugby team made way to the Commonwealth Youth Games was way back in 2011 under the leadership of Danushka Ranjan. This time it will be Josephian Gemunu Chethiya who would be taking the reigns to lead the team for the Youth Games.

Redemption for Science after Madumadawa hat-trick

A vibrant full back, Gemunu was phenomenal for the Josephian side this year and played a key role in their Milo President’s Trophy triumph where they defeated Isipathana College in the finals.

He will be giving leadership to a team of twelve who were picked based on their performance in the recently concluded league and after the selection trials that took place at Racecourse.

The St. Anthony’s lock forward impressive player Mohammed Shabeer will be the deputy skipper for the side and the team will include the likes of experienced campaigner Christian De Lile who was also a part of last year’s winning team. Other key players include Daiyan Sabar of Wesley, Woren Weerakoon of Trinity and Nadeesha Chaminda who showcased commendable performances during this year’s season.

The touring team will be as follows:

Sri Lanka’s national sevens coach Peter Woods will be the coach of this side while Inthi Marikar the high performance director of Sri Lanka Rugby will travel with the team including the physio captain Tharaka Vithanage. Tuskers Juniors is set to leave for Bahamas Saturday early morning.