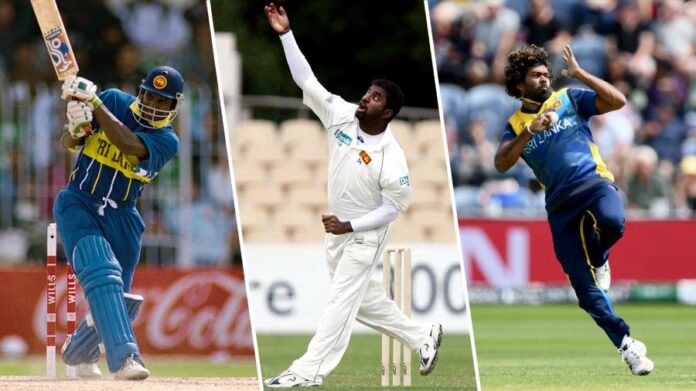 We are celebrating the 40th anniversary of the nation’s inaugural Test match that got underway on the 17th of February 1982 and ended on the 20th at P. Sara Oval with the entire nation glued onto the television or mostly to the radio listening to the legendary Palitha Perera on how things were unfolding.

Read More : A year in which Sri Lankan cricket turned a corner

All the country’s the big shots, from President J.R. Jayewardene, a former Cricket Board President and the entire Cabinet were at The Oval that week cheering Bandula Warnapura’s boys.

It is such shame that Test cricket was robbed of excellent talents like Mahadevan Sathasivam, C.I. Gunasekara, Michael Tissera, Anura Tennekoon and many others during whose time the island had not won full member status of the International Cricket Council.

But since then, it’s been four decades of excellence by successive Sri Lankan teams and very few international sides can boast of the accomplishments achieved by the islanders.

To put the record straight, it took Sri Lanka just three years to win their maiden Test match while India had to wait for 20 years and New Zealand’s winless streak stretched for 26 years. Then, Sri Lanka had become World Champions in one-day cricket a mere 14 years after being admitted to the ICC as full members while England, the founding members of the ICC waited until 2019. No international cricket team barring Australia has had the consistency of the Sri Lankans when it comes to ICC events.

Into the bargain, some of Sri Lanka’s achievements are unparalleled. They are the only Asian team to have won a Test series in South Africa. Only Australia and England have managed Test series wins in South Africa where batsmen are tested by hard, bouncy surfaces and most teams have cut sorry figures.

Sri Lanka also have produced the world’s highest wicket taker in Muttiah Muralitharan, whose 800 Test wickets is going to remain there for quite some time despite the volume of Test cricket increasing in the last decade or so.

The nation also produced two batsmen who went past 10,000 Test runs – Kumar Sangakkara and Mahela Jayawardene before any Englishman got there. It’s an astonishing feet given the volume of Test cricket England play.

Some Sri Lankans also have gone onto change the way how the game has been played. Limited overs cricket went through changing phase in the mid 1990s thanks to Sanath Jayasuriya as he threw caution to the wind at the start of the innings. The tried and tested formula was to build up an innings, have wickets in hand and cash in the last ten overs. But Duleep Mendis sensed the chance to make most of fielding restrictions and he gave Jayasuriya the license to go flat out and the rest is history.

Jayasuriya’s maniac hitting was not limited to ODI cricket, he was equally brutal in Test matches as well as showcased by his career best 340. Sri Lanka nearly scored 1000 runs in an innings in that Test match. At the conclusion of the game, Indian captain Sachin Tendulkar was not ashamed to be at the receiving end of a well grilled outfit when he said, “I haven’t seen Don Bradman but I have seen Sanath Jayasuriya.’

Then there was Lasith Malinga, whose unique square arm action coupled with lightning pace added a new dimension to bowling death overs and defending low scores.

Ajantha Mendis with his finger flicked carrom balls stunned India’s famous batting line up on debut. He claimed 26 wickets in the series to break Sir Alec Bedser’s World Record that had stood for half a century.

There was also T.M. Dilshan who invented a new scoop shot over the wicketkeeper’s head and has the Dilscoop named after him.

Read : Fans return to cricket and young guns don’t let them down

Sri Lankans have never been afraid to try out new things and the fact that players don’t rely too much on the MCC Coaching manual is thanks to the brilliant coaches at school levels who always come up with new ideas and encourage their charges to do so.

Not just on the cricket field, we have created history off the playing field too. Marylebone Cricket Club chose our own Sangakkara as the first non British President of MCC two years ago.

When the ICC introduced a pool of Match Referees comprising former players of huge respect like Clive Lloyd, Mike Procter and Gundappa Viswanath, the governing body chose Ranjan Madugalle as the Chief Match Referee. The former Test captain has gone onto officiate in more than 200 Test matches and all major ICC finals. He is the go to man when the ICC has a problem to fix.

These are challenging times for Sri Lankan cricket as the nation has struggled in the last five years or so to keep up with the country’s proud history. If this year’s IPL auction is any indication, it’s a sign of the world starting to respect our cricket again. When you witness players of the caliber of Wanindu Hasaranga, Charith Asalanka, Pathum Nissanka and Lahiru Kumara, you feel excited about the future of our cricket.