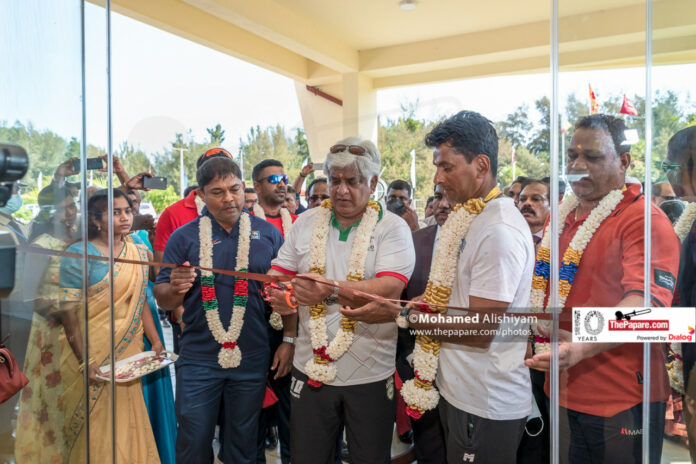 The first turf ground in the Eastern Province located in Koddaimunai, Batticaloa was declared open for the public in a special ceremony earlier this week.

The ground has been built on a 10-acre land with an estimated cost of around Rs. 200 million. The funding for the project has been provided primarily by former players of Koddaimunai Sports Club who are living overseas currently.

A state land leased by the Northern Provincial Council in the Batticaloa Divisional Secretariat has been used to build the ground. It is the first phase of a multi-phase development project operated by Koddaimunai Sports Village Association.

Former Sri Lankan cricketers late Bandula Warnapura and Upul Chandana played a pivotal role in the success behind this wonderful endeavor giving guidance and sacrificing their valuable time for a great cause.

The members of the Koddaimunai Sports Village expect the facilities at the venue to help produce professional cricketers from the Eastern region and also hope to make this magnificent stadium a central attraction in the sports tourism field in the Eastern region.