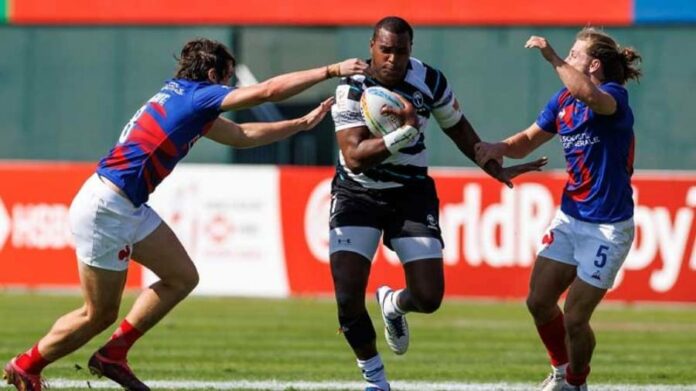 Fiji’s men and New Zealand’s women turned on the style to win the HSBC France Sevens in Toulouse on Sunday.

Ireland, led by the excellent Terry Kennedy, played some impressive rugby to reach their first ever men’s Cup final, but in the final the Fijians – off the back of gold in Singapore and silver in Vancouver, Canada – were too strong.

They won the final 29-17 and Tevita Dagunu said:  “Teamwork in defence and attack was what this victory was built on. We kept the ball well and stuck to our game plan.“To all the Fijians around the globe, this win is for you.”

Waisea Nacuqu was HSBC player of the final and he said: “Ireland played well, but we worked hard.”

After a breathless three days, it is Argentina, who finished fifth here, who are now top of the men’s overall standings with 118 points with two events to go.

Long-time leaders South Africa are second on 116 after a frustrating time in France while Australia are third on 110 and Ireland fourth on 88. After this win, Fiji are now fifth on 87 points after missing out on rounds three and four played in Spain due to the effects of the pandemic. 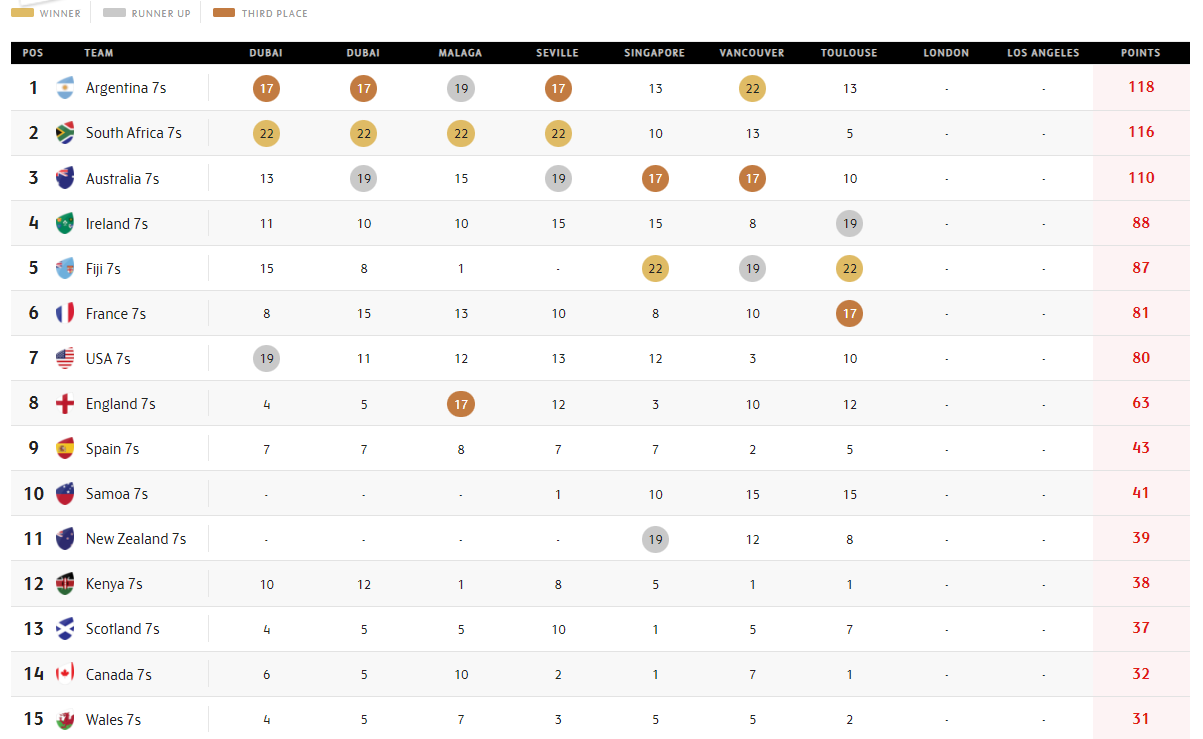 Meanwhile, this was the last women’s tournament of the 2022 Series and the Cup final in Toulouse was a fitting finale to a brilliant six rounds of world class rugby sevens.

Reigning Olympic champions New Zealand won their first title since Sydney in 2020 when they defeated 2022 Series champions Australia 21-14 in a thrilling final.

Head coach Cory Sweeney, who claimed his first title since taking on the role said:  “It is a proud moment and an emotional moment for us all.

“After Langford we worked on a few things, had some awesome training sessions and we put that into practice this week.”

HSBC player of the final Sarah Hirini said:  “I love this squad, I have amazing team mates and we will enjoy this moment.”

It means that New Zealand, who missed part of the series due to Covid concerns, finished fifth overall on 57 points.

Australia finished top on 80 points, following a consistently top class season, while France were second on 60 points, Fiji were third also on 60 points and Ireland, also on 60, just missed out on a top three finish due to a weaker points difference. 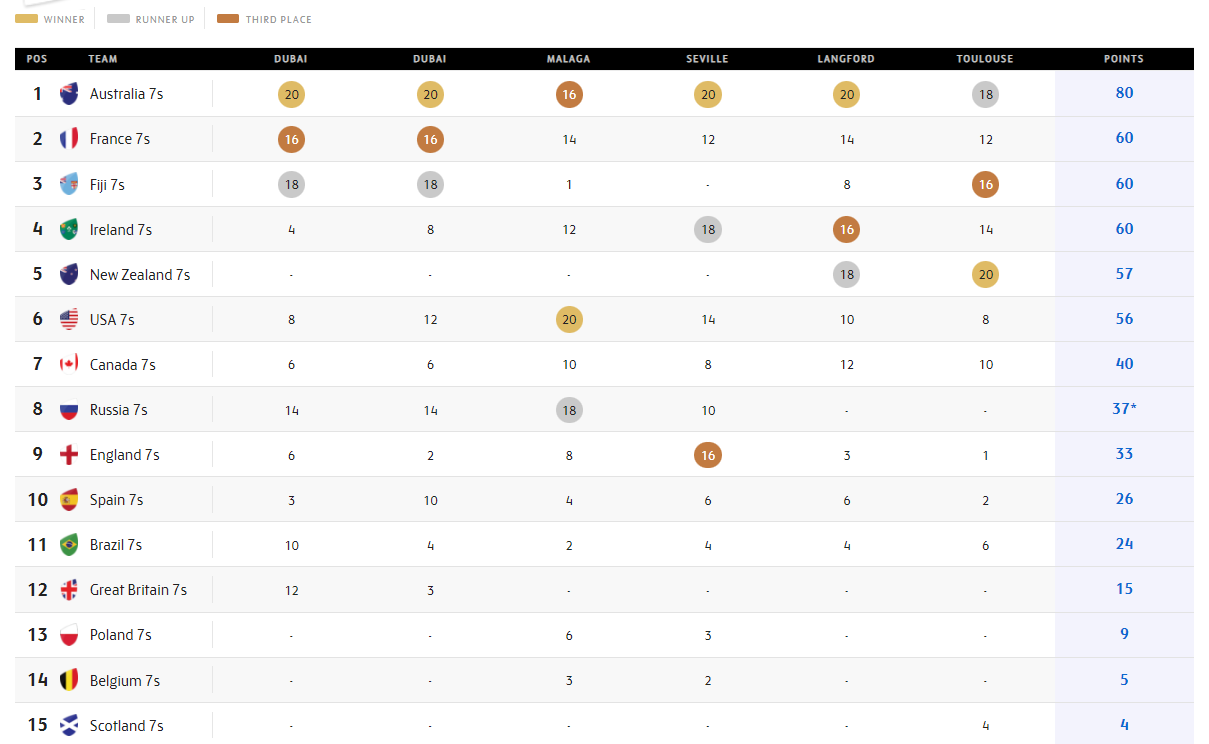 Fiji got off to a flying start in the men’s Cup final when they scored a try after 40 seconds via Tevita Dagunu. Napolioni Bolaca converted to put Fiji 7-0 ahead.

Ireland showed great character and levelled the score at 7-7 when Terry Kennedy set-up Jordan Conroy for a try and Mark Roche converted.

Kennedy then showed excellent awareness to score his side’s second try and, although it was not converted, they were up 12-7.

However, Bolaca’s try, converted by Waisea Nacuqu, made it 14-12 to Fiji at half-time.

Two minutes into the second half Josua Vakurunabili scored Fiji’s third try and when Elia Canakaivata added their fourth they were 24-12 up with four minutes left.

Kaminieli Rasaku’s try made it a 17 point lead before a late Conroy try for Ireland finished things off 29-17.

New Zealand and Australia, the great rivals, met in the women’s Cup final just as they had done last time out in Langford, Canada.

Demi Hayes scored an early try and Dominique du Toit converted to make it 7-0 to Australia before Risi Pouri-Lane bagged a seven pointer for New Zealand to level things up.

Soon after half-time the score was level at 14-14 as Alena Saili finished well and Pouri-Lane added the conversion.

And then came Kelly Brazier’s try, converted by Pouri-Lane, with two minutes to go to give New Zealand a hard fought 21-14 triumph

All of the squads will be heading to London soon for the event in the English capital at Twickenham on 28 and 29 May. There is then a break for a few months before the Los Angeles tournament on 27 and 28 August.