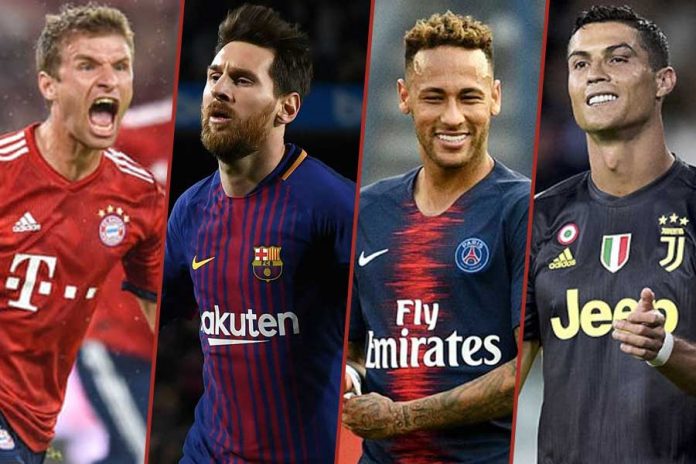 ThePapare.com takes a look back at the week’s top league performances and standings in the major European leagues.

Lionel Messi and Luis Suarez scored twice each as La Liga champions Barcelona turned on the heat to hammer Huesca 8-2 on Sunday and join Real Madrid as the only teams in the league to win their opening three games.

Real Madrid continued their perfect start to the La Liga season by thrashing neighbours Leganes 4-1 at the Bernabeu helped by a Karim Benzema double on Saturday.

Cristiano Ronaldo was left waiting for his first Juventus goal after drawing another blank as the titleholders won 2-1 at Parma in Serie A on Saturday to maintain their 100 percent record.

An early Mario Mandzukic goal and a second-half strike from Blaise Matuidi gave Juve their third win in as many league games this season, although Ronaldo was left without a goal in his first 270 minutes with the Turin side.

Leon Goretzka scored his first goal for Bayern Munich and set up another to lead them to a 3-0 win at Stuttgart on Saturday.

Robert Lewandowski and Thomas Muller also scored and set up goals as Bayern delivered a statement of intent with a cohesive and committed performance to end Stuttgart coach Tayfun Korkut’s seven-game unbeaten run at home.

Mbappe sent off as sloppy PSG edge past Nimes

Kylian Mbappe scored a brilliant late goal before being sent off at the end of Paris Saint-Germain’s pulsating 4-2 win at Nimes on Saturday.

Two weeks after coming off the bench to score twice against Guingamp, Mbappe bailed PSG out with an unstoppable 77th-minute strike to make it 3-2 after Nimes clawed back from 2-0 down and then hit the crossbar. Neymar, Angel DiMaria and Edison Cavani scored the other 3 goals as PSG maintained their 100% record.