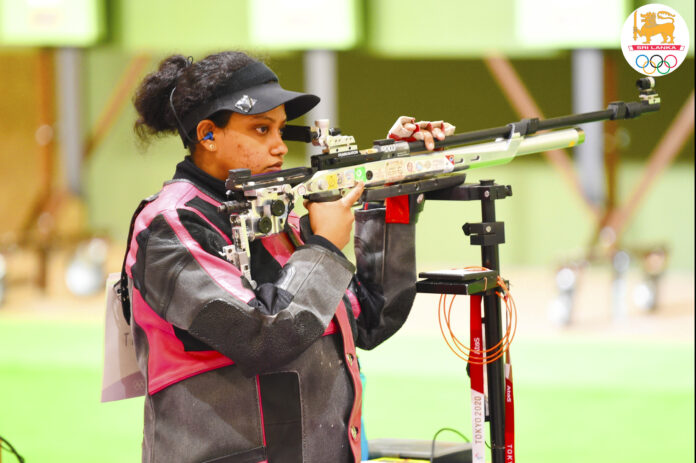 Sri Lanka’s Tehani Egodawela finished in 49th place in the Qualification Round of the Women’s 10 Air Rifle event at the Asaka Shooting Range in Tokyo, a short while ago.

Egodawela managed a score of 611.5 (60 shots) in the round, which saw 8 shooters progress to the final round.

Jeanette Hegg of Norway topped the Qualification Round but could not medal, finishing 4th overall.

China’s Qian Yang set a new Olympic Record on her way to the Gold, as she scored 251.8 (24 shots) in the Final round – she also became the 1st Gold medalist of this year’s games.

Anastasiia Galashina of Russia won Silver, with a score of 251.1, while Nina Christen of Switzerland took away the Bronze.