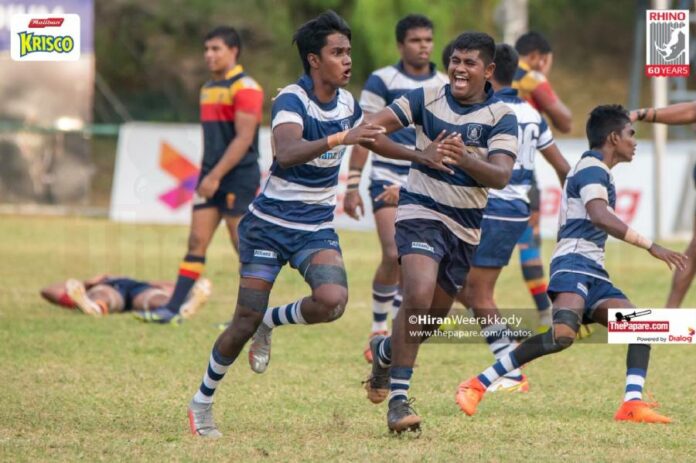 St. Joseph’s College joined Isipathana, Royal and Wesley as the 4th team to make it through to the Super Round as the Dialog Schools Rugby League heads into the business end of the tourney.

Vidyartha College were oh so close to getting the job done against Isipathana, however, the Green Machine held their nerve to remain unbeaten at the end of the first round.

The home side were leading at the end of the first half, in surprising fashion, however, the pack leaders managed to spark their backline to set up NDB Man of the Match, S. Wewalapanditha to score the winner for Pathana.

Vidyartha were hanging in there, harbouring hopes of getting the ‘W’ and passage through but things fell apart in the dying embers, leaving the on looking home faithful disappointed. 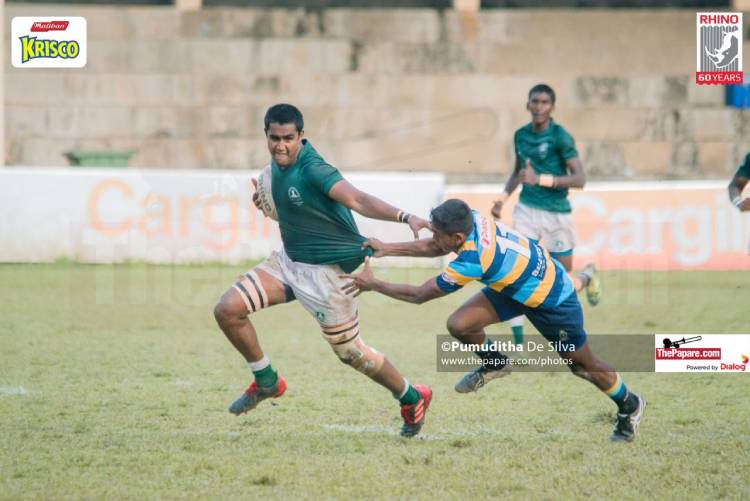 The Peterites’ torrid season continued as they failed the Science test at Rathmalana. The visitors were far from what they are known for and paid the prize for it, succumbing to their 3rd defeat in the first round.

Science (5th) remained below SPC (4th) on the table as they managed their first win. The season, however, was one to forget for both teams as they aim for higher next time around!

The game was closer than expected but the lads from Mount dominated the visitors in the second half, holding them scoreless, to clinch their first win of the season. 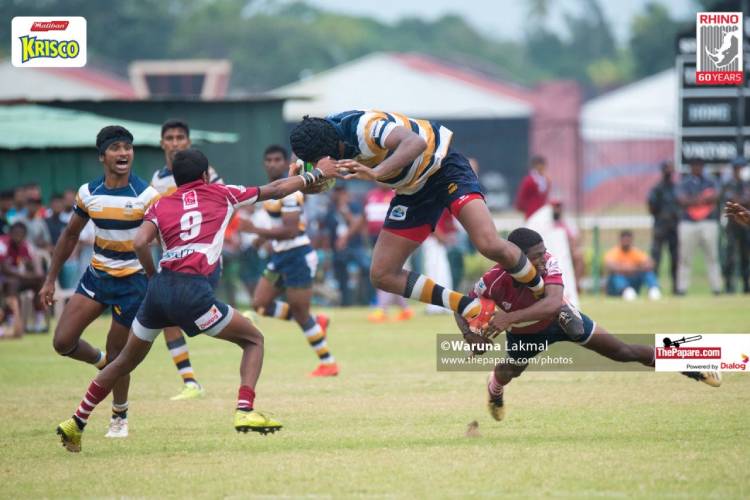 The double blue managed to get the ‘W’ over Dharmaraja up at Nittawela, securing a place in the super round.

Wesley College cruised through the game as Scrumhalf, Rigesh Muralitharan pulled the strings along with a well drilled backline to defeat the hosts.

Dharmaraja had no answers to the Wesley and failed to bring about any spice in attack as they were comprehensively beaten. 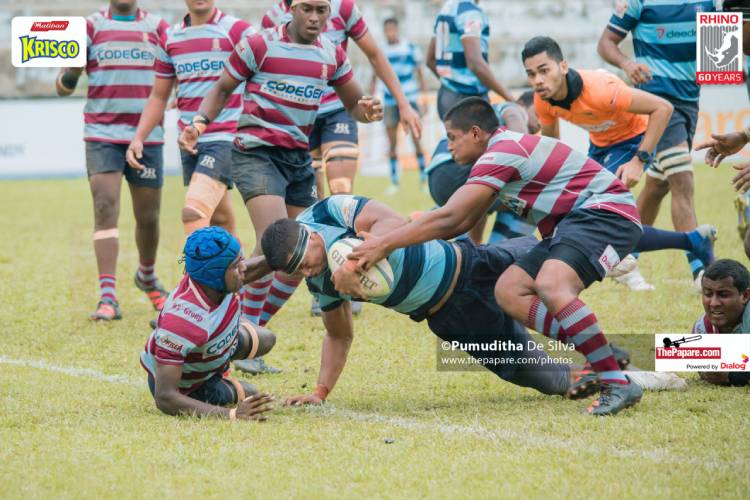 This win secured Les-Blues place in the super round as much tougher tests lay ahead in the weeks to come.

The Thomians ended the first round with a second win, this time over Kingswood as they look above and beyond 2022.

Coach Shamly Nawas shuffled his team by providing opportunities to youngsters in the squad with an eye on 2023 and beyond.

The youngsters impressed in difficult conditions, as the home team crumbled to their 5th defeat of the season to be handed the wooden spoon.

Prospects look promising for the Thomians however, Kingswood College will have a lot of work during the off season if they are to bring back the good old days. 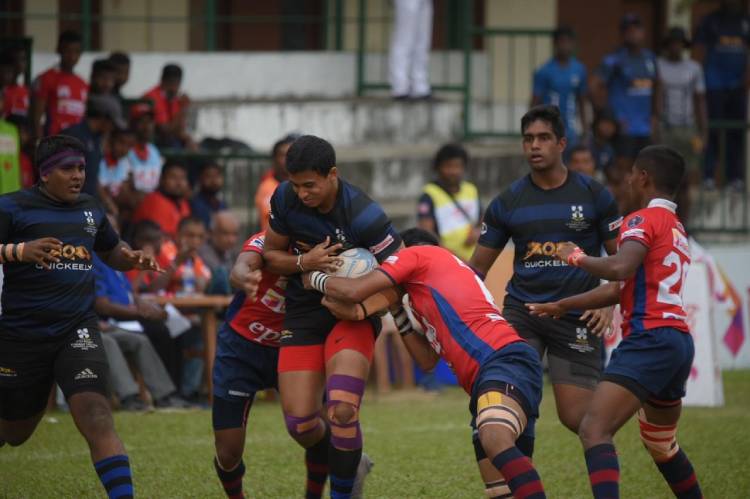 The home team entered the encounter knowing nothing less than a win would help their cause.

The Antonians started off brightly and went on to lead the Josephians at lemons as the home faithful looked on with expectation.

The youngsters from St. Joseph’s brought about their ‘A’ game in the second half as a fatigued Antonian outfit faltered, conceding five second half tries and with it the game. Trinity College’s slender opportunity to enter the super round was killed with this win as the Josephians now face their toughest task of the league, a date with the Green Machine. 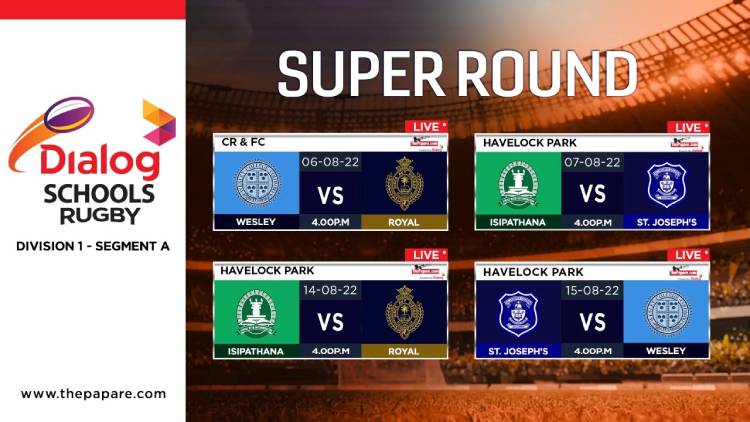 What to look forward to in the Super Round

Royal College take on Wesley College in what seems like a mammoth task for Les-Blue given the current form the defending champions are in.

If Wesley are to have any chance of an upset, their backline would need to come to the fore by finishing off the chances created by the forwards.

Royal College on the other hand will be aiming to dismantle the home team as they seek to set up a crunch fixture with Isipathana the following week.

Prediction: Royal to win by 5-points or more!

By far, the toughest task for the Josphians will be against Isipathana as the Green Machine will no doubt be eyeing yet another scalp on their way to glory.

Isipathana College would know the Josephians aren’t an impossible task given the injury crisis they face. The hosts will be aiming to run the visitors ragged at the Park, as an eye on an unbeaten season will be set.

St. Joseph’s will have their work cut out if they are to get one over the only unbeaten side. The boys from Maradana will have to bring about their best showing of the season if they are to defeat the Green machine.

Prediction: Pathana to win by 10-points