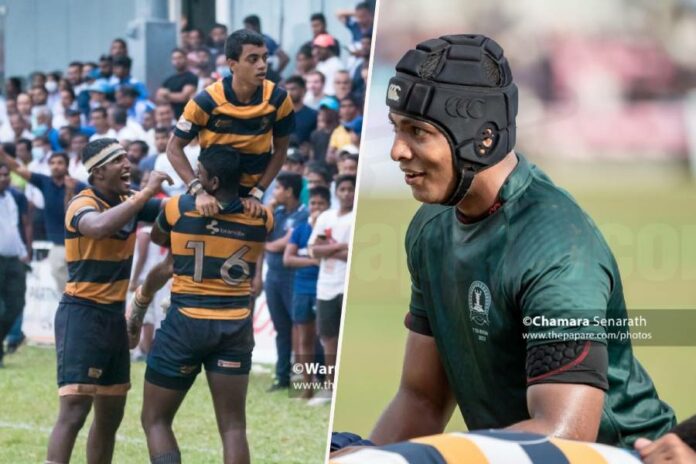 Isipathana College remained unbeaten as they qualified for the second round of the Dialog Schools Rugby League along with Royal College who topped Group 1A.

The Josephians came in as favourites, however, the Royalists put on a show in defence and struck on the counter, not once but twice to seal their fate and secure their second-round berth.

St. Joseph’s failed to strike with momentum on their side and that proved costly as there was no stopping Royal College from then on.

The Royal forwards brought their A-game, holding their opponents scoreless, conceding just a single penalty. Later in the piece, the visitors scored twice to ensure their safe passage into the second round.

The Josephians now require a win in their final game against St. Anthony’s College in the final week, the game which was postponed prior to the Trinity encounter. 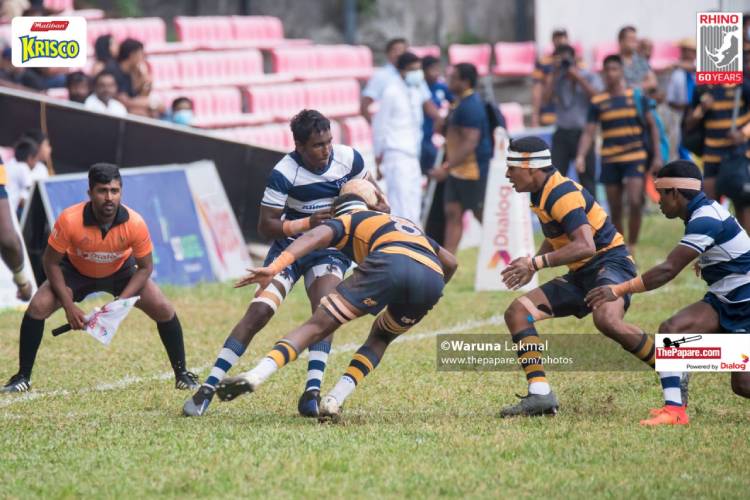 The very next day, Isipathana booked their passage to the next round, comfortably defeating Dharmaraja College at the Park.

Dharmaraja posed no threat to the Green Machine, as they left Colombo empty handed. The Pathana lads trailed for about 10-minutes in the first half, in which they were put under a threat, however, that was that as the visitors failed to put up any resistance against the razzle-dazzle of Isipathana College.

This victory ensured Pathana path with a game to spare against Vidyartha College and a win there would secure top spot for them in style.

Trinity College absolutely hammered Kingswood up at Pallekale to secure their 4th win in 5 games.

Kingswood hung in there during the first half of the game, however, Trinity brought the game they are known for and made easy work out of their rivals.

Kingswood were blow away during the second half with 6-tries from the hosts as they passed the 50-point mark with ease.

The Kings now host S. Thomas’ at Nittawela as the two bottom placed teams battle it out for pride. 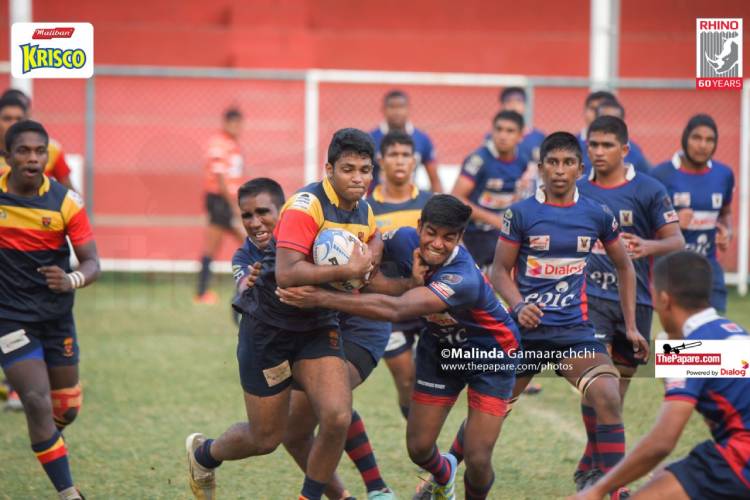 The visitors from the hill capital were made to work for their win and managed to get there after a hard-fought game at Mount Lavinia.

The game was a stop-start affair with both teams failing to get into the rhythm of the game in the second half.

Vidyartha, however, ground out a much-needed win to make it 3 out of 3 and pile pressure on Wesley for the second spot available in Group 2A.

The Green Machine awaits Vidyartha in a tough final assignment while Science College will host St. Peter’s in what promises to be a sublime game.

Wesley College were denied a precious win at the death as the hosts, St. Peter’s managed to pull off a dramatic draw after the hooter.

The final play went under the microscope for a crooked throw, however, the visiting defence failed to hold on as a torrid year for the Peterites continued.

The game was a side-to-side affair but neither team managed to pull away as their opponents were not put away on the scoreboard.

Emith Jayaweera had the opportunity to secure the win for the home team, however, his failed attempt from the touchline meant both teams had to settle for a draw.

Nothing but a win would do for Wesley College as they travel up to the hill country to play Dharmaraja while Peter’s play out against Science College.

The final game of the week was played on Monday as S. Thomas’ hosted St. Anthony’s College at Havelock Park.

The Thomians were reduced to 13-men at one point of the game as St. Anthony’s looked to secure their first win. However, the home team’s superior backline meant the visitors were no match.

The visiting defence was in shambles, and it was a matter of time before the hosts struck and struck convincingly to secure themselves their first win of the league. 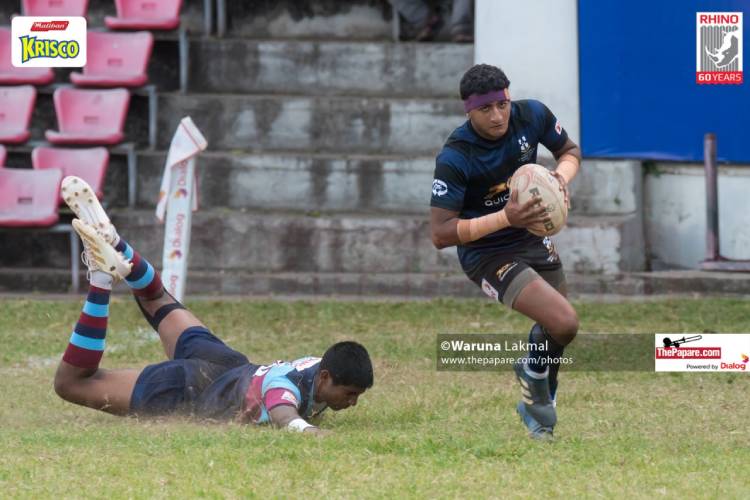