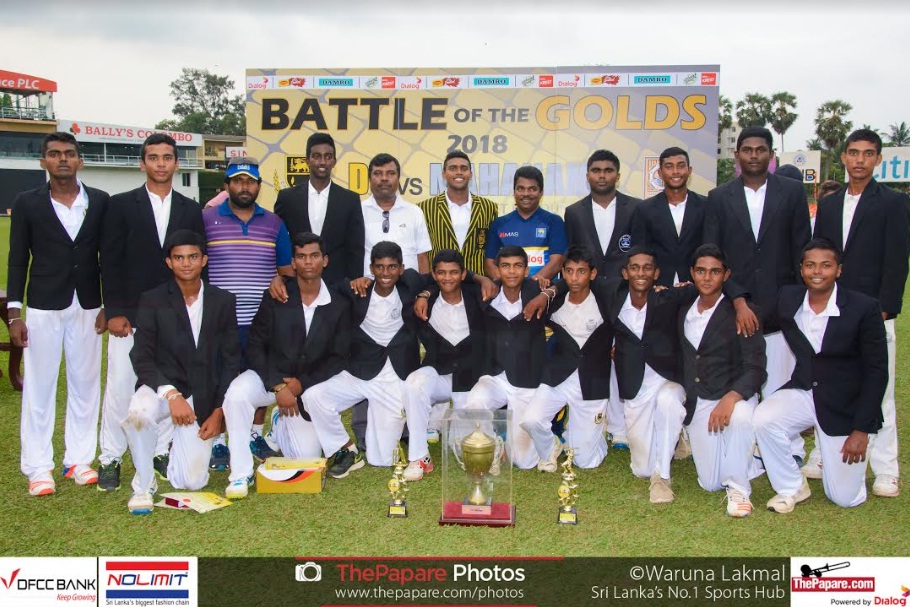 DS Senanayake College were 76 for 5 at stumps against Mahanama College when they stood strong after conceding a 61 run lead as the 12th Battle of the Golds ended in a tame draw at the P Sara Stadium on Saturday.

Mahanama resumed the second day’s play at 83 for 3 still trailing by 73 runs. Pathum Boteju was unbeaten on 39 and at the other end it was Vinuka Rubasinghe who was unbeaten on 4. Vinuka was the first to fall for a solitary 12, but his departure opened up the game for the Dons.

They managed to get four wickets in quick succession to put Mahanama College 131 for 7. The pressure was back on Mahanama as they were still trailing by 25 runs with only 3 wickets in hand. They were in desperate need of an partnership and that’s exactly what they found in Pathum Boteju and Sonal Dinusha.

The pair added 81 runs for the 8th wicket which put Mahanama back in the driving seat. Sonal scored a gritty 44 and it was his own undoing when ran him self out, which stopped him from reaching a well-deserved half century.

At the other end, Pathum Boteju stood like a rock and kept on accumulating runs with such ease. The Mahanama campalmost let him reach the 100 but unfortunately he fell short by 7 runs when he was dismissed by Kogul.

With a lead of 61 runs, Mahanama decided to declared their innings after the loss of Boteju. Skipper Heshan once again put DSS under immense pressure early on. He struck in his 5th over by taking the wicket of Sandaru Wickramarathne.

1st drop bat Chamath Yatawara and Abhishek Wickramarachchi steadied the ship with a 28-run partnership but a double strike by Lahiru Vithana and a few overs later another wicket by Hashan Sandeepa, put the Dons at 41 for 4. 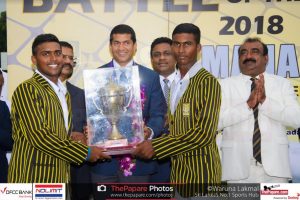 DSS with their back against the wall had to see off more than one hour which they successfully did at the end thanks to some rear guard batting by Shenal Chandrasekara and Vihan Gunasekara.

Mahanama dominated the two days but it all ended in a tame draw once again in the battle of the Golds.