Home Badminton Dinuka lives on in the Men’s singles 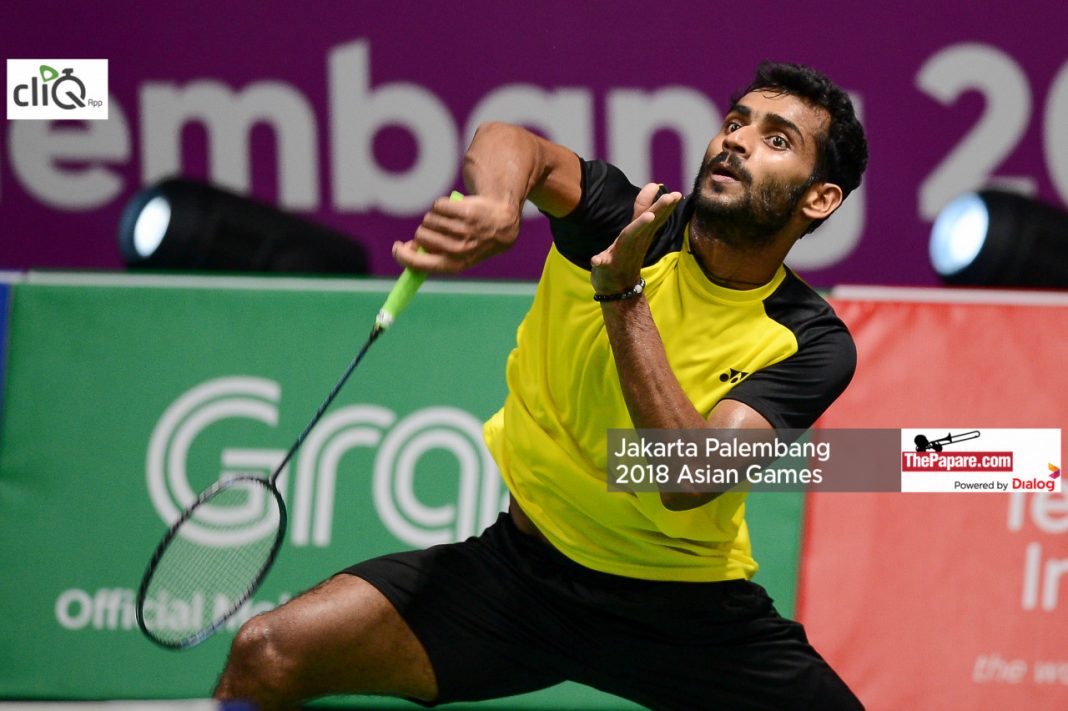 Dinuka Karunaratne recorded a straight set victory in the Men’s Singles Round of 32 a short while ago, being the only Men’s singles player to advance, at the 18th Asian Games Badminton event.

Six shuttlers out to conquer Asia

The selection committee of the Sri Lanka Badminton …

One of the two female participants in the Sri Lankan shuttling team, Kavidi Sirimannage was drawn for battle with Saudi Arabia’s Shatha Almutairi in the Round of 32. The Islander pulled through to a convincing win in straight sets, 21/4, 21/4 in just under 15 minutes.

Counterpart, Thilini Hendahewa faced an early exit in her Women’s Singles Round of 32 match with a defeat against Fitriani Fitriani of Indonesia. Final scores read 21/6, 21/4 in favour of the Indonesian.

Unfortunately, the ladies didn’t fare so well in the doubles event, facing elimination in their opening game in the Round of 32. The pair had to settle with a straight set loss of 21/13, 21/12, against Tang Jinhua and Zheng Yu of China.

Sri Lanka’s top shuttler had to bid an early adieu to his run at the Games in the Men’s singles round of 32. He lost to Khosit Phetpradab from Thailand 21/12, 21/12.

Sibling Dinuka, managed a smashing win in his round of 32 match against Pui Pang Fong of Macau China. Dinuka will carry a win of 21/14, 21/15 from this round to his pre-quarterfinal clash against Ka Long Angus of Hong Kong, scheduled for the 25th Aug.

Sachin Dias and Buwaneka Goonethillake made it through to the pre-quarter finals of the Men’s Doubles event with a magnificent straight victory in their Round of 32 match. Their victims, PN Che and PF Pui from Macau China, faced a 21/11, 21/8 smashing against the Lankan duo.

The pair are set to face Pakistan’s Rizwan Azam and Sulehri Kashif Ali in their Round of 16 encounter on the 25th of August.

The experienced duo, Niluka and Dinuka Karunaratne fell in straight sets to Solgyu Choi and Minhyuk Kang of Korea in their Round of 32 encounter, unfortunately crashing out of the Men’s doubles competition. The scores read 21/16, 21/17 in the game that lasted less than half an hour.

Sachin Dias and Thilini Hendahewa were knocked out of the Mixed doubles event in the round of 32, in a thrilling three setter. At the end of deciding set, TD Do and NT Pham of Vietnam came out victorious 13/21, 21/12, 21/13.

Keep it logged on to ThePapare.com for more updates on the shuttlers’ journey at the 2018 Asian Games.